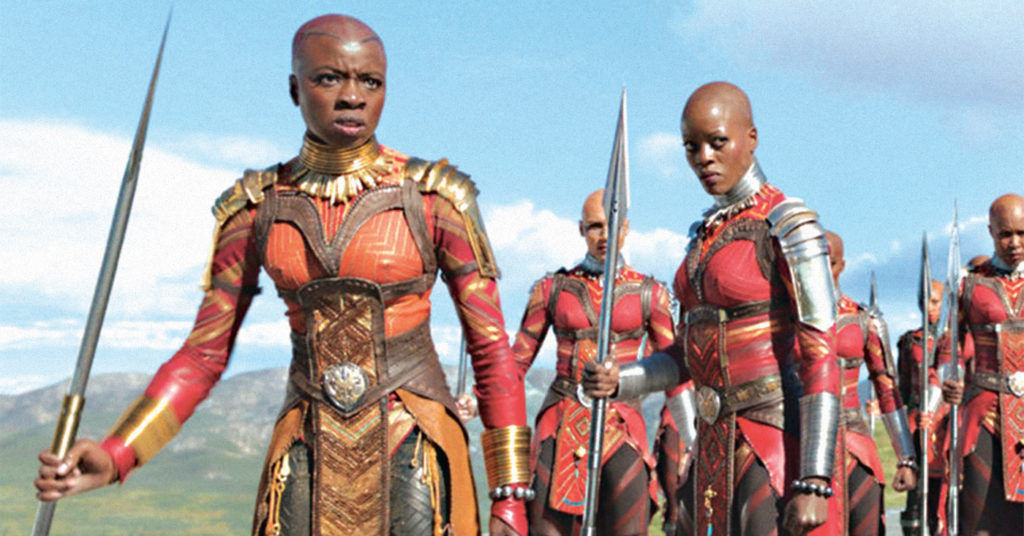 When I saw an Advocate headline tagging “Black Panther” for its lack of LGBT representation, I was immediately in a snit.

After all, this film has the progressive crowd riding a wave of euphoric triumph — success at the box office, groundbreaking black representation, gorgeously done from a feminist standpoint and it’s just a really fucking good movie. The phrases “black joy” and “black love” are popping up everywhere people try to describe the film and its effects, and this is good news, because black joy isn’t always welcomed.

It rankled, that people were trying to detract from the celebration, especially since Breitbart and other conservative outlets picked up the story and gave their readers the chance to rant about two topics Breitbart readers should never be allowed to talk about: black people and the LGBTQ community.

Anyway, most of the “stories” were just collections of tweets from last April, when we discovered there would be no queer characters in the film. But looking at the tweets, the fans have a clear, reasonable message: “I want to see queer black women like me on screen.”

Queer fans were disappointed, beyond the usual “zero-representation” grievances, for two main reasons: The first is that in the Roxane Gay and Ta-Nehisi Coates versions of the “Black Panther” comics, the Ayo/Aneka pairing is canon. The second reason is that during the pre-screening period of the film, there were rumors of a flirtatious look being exchanged between Ayo and Okoye. Queer folks are very nuanced consumers of media. Since queer relationships and possibilities are so rare — and since they seem so possible to us — we take liberties with subtext. If her gaze lingers for 3.2 seconds, that last .2 is rife with longing.

In the film, Okoye is in an overtly hetero relationship with W’Kabi.

One Twitter user responded to the criticism by saying: “WTF. Just because the LGBTQ community exists doesn’t mean they need to be shoehorned into every movie and TV show. If it doesn’t add to the plot line why do it?”

Here’s why: “Black Panther” features at least four heterosexual couples, three of which are not integral to the plot line (the fourth does only if you squint). We don’t view them as “shoehorned in,” even though we didn’t need to know they were in a sexual relationship together.

What straight people get wrong about the demand for queer representation is the notion that we’re asking for full-frontal sex scenes, or movies about being gay. Not that I’d turn down either of those, but the great obstacle — the gem we rarely see and almost never in blockbuster movies — is the inclusion of characters whose gayness is as invisible as the usual default-hetero characters. I’ve said before that it’s an imagination problem, which is why I won’t hold my breath, despite Marvel Studios president Kevin Feige’s promise that “in the next decade or sooner,” a Marvel film would have an LGBT character if he could find an “organic, meaningful and natural way” for it to happen.

…Not to mention how amusing it is that someone who peddles in superheroes is concerned with a gay character seeming unbelievable or forced. Have you ever seen Dr. Strange’s costume? Come on.

I asked Dr. Kaila Story, associate professor at UofL and Audre Lorde Chair in Race, Class, Gender and Sexuality Studies, about the exclusion of queer characters. She pointed out that “this film was more of an introduction into Wakanda and to Black Panther’s rise to throne. It really didn’t focus on romances in any way. Lastly, Ayo and Aneka weren’t central characters in this film either, so inserting a couple of scenes that created visibility around their queerness, to me, would wreak of tokenism.”

She added that “I love that the most recent [comic] versions of ‘Black Panther’ have included Ayo and Aneka who are black lesbian characters, and I understand that folks are somewhat disappointed that their queerness wasn’t visible in the film. However, folks must take into account that movies are never true to form when they are based on books, or in this case, when they are based on a graphic novels/comic books.”

So there are no longing same-sex gazes in “Black Panther,” but there’s still plenty of good news, starting with the women of “Black Panther” — all amazing and beautiful geniuses who work together to solve every man-made problem that crops up. And while there aren’t any queer characters in this installation, we know that Marvel is determined to generate as many movies as possible, so there is room for inclusion.

Dr. Story, an optimistic fan, said, “Hopefully, this film is the first of many more to come, and we will all be able to relish in the beauty and fierceness that is Black Lesbian identity through the characters Ayo and Aneka.”

I am inclined to agree. And if you sensed the same homoerotic possibilities slithering around the Dora Milaje that I did, we have a lot to look forward to.

I hear that Okoye is newly single.