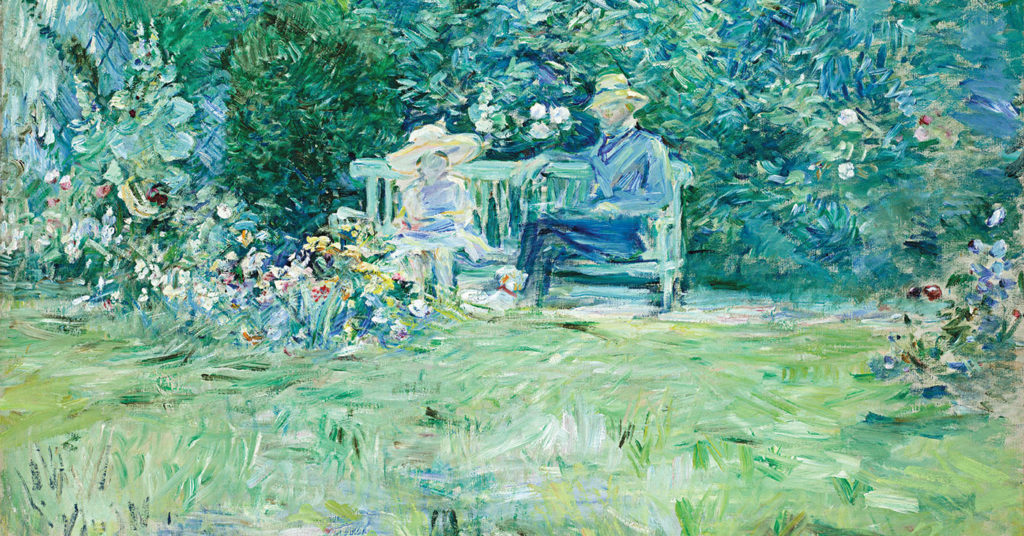 I recently saw a fashion ad with a model wearing a T-shirt that stated, “Why have there been no great women artists?” I thought that had been settled already.

The question was first proposed by art historian Linda Nochlin in 1971. Since then, it’s been realized there are many great female artists — we just needed to acknowledge them. The outstanding exhibition, “Women Artists in the Age of Impressionism,” organized by the American Federation of Arts and on display at the Speed Art Museum, does just that.

Curator Laurence Madeline has done an excellent job of unearthing information on the international women artists who arrived in Paris between the years 1850-1900. It’s in the numbers: The show features over 80 paintings, mostly oil on canvas, by 37 artists from 13 countries.

The exhibition presents the proof. Here’s an example of the prejudice: Painter Gustave Moreau was so unhappy with this influx of female creatives to Paris that he exclaimed, “The large-scale intrusion of women in the realm of art would be a disaster beyond remedy. What will become of us [male artists], … when creatures so lacking in the true gifts of the imagination, proffer their horrible artistic common sense … It’s enough to make you flee from art and everything related to it, never to return again.”

Yet, came they did. After all, Paris was the art capital of the world in the 19th century and these women were serious students of art.

“Women had no way to express themselves and earn money,” said Madeline. “They wanted the right to sell their work, to have commissions. Men now had to deal with the women who are arriving. They were in competition with the men.”

These female artists also had to deal with the social mores of the day. Madeline refers to it as “the wife life.” She explains that it was “sometimes hard to have your own place, a studio.” Society told them they weren’t allowed to attend many of the art academies, paint from a nude model or, for that matter, simply walk the streets without a chaperone. “Women were expected to be absolutely modest,” Madeline said. “You had to remain in your place as a woman. It was another struggle.”

The best-known female Impressionist artist in America is Mary Cassatt. In France, it’s Berthe Morisot. Both artists are well represented in the show, although Morisot edges out Cassatt by a little (after all, the curator is French).

Cassatt has long been on “the great women artists” list. Her forte is depictions of women and children, such as “Children Playing on the Beach” of 1884. It’s a joy to see the Speed’s own painting, “The Child” from around 1905, included in the exhibition.

Morisot was involved with Impressionism from the beginning, even showing in its first exhibition in 1874. A good example of her work is the 1886 “A Lesson in the Garden.” Impressionism was not the beloved style then as it is now, so having women in its ranks fit its rebellious image.

The French painter Rosa Bonheur was a great artist, well-known in her lifetime, who just happened to be a woman. She was the first female to receive the Chevalier of the Legion d’Honneur. Best known for her realistic animal paintings, she visited slaughterhouses to better understand animal anatomy. The exhibition features “Plowing at Nivernais,” a painting commissioned by the French government in 1850.

Obviously, she bucked the standard way women were expected to behave. She asked for permission to wear pants (it was against the law for women to appropriate male attire and identity) and received it, making it easier for her to go out into the fields and stables.

There are many upcoming exhibition programs associated with “Women Artists in the Age of Impressionism.” Highlights include the International Women’s Day Award Luncheon, gallery talks by the Speed’s Chief Curator Erika Holmquist-Wall and an art and feminism discussion with UofL professor Susan Jarosi. The show’s catalog, titled “Women Artists in Paris, 1850-1900,” is $40.

The museum is aware this show dovetails nicely with current feminism. “This is a timeless exhibition on a timely topic,” said Director Stephen Reily. “The Speed is leaning into that relevance. It’s a role the museum can play.” As we were parting, Holmquist-Wall said, “The women are due a reassessment.” Perfectly stated in this era of Time’s Up.

‘Women Artists in the Age of Impressionism’
Through May 13
Speed Art Museum
2035 S. Third St.
speedmuseum.org
$5, Sundays; $18, Other Days