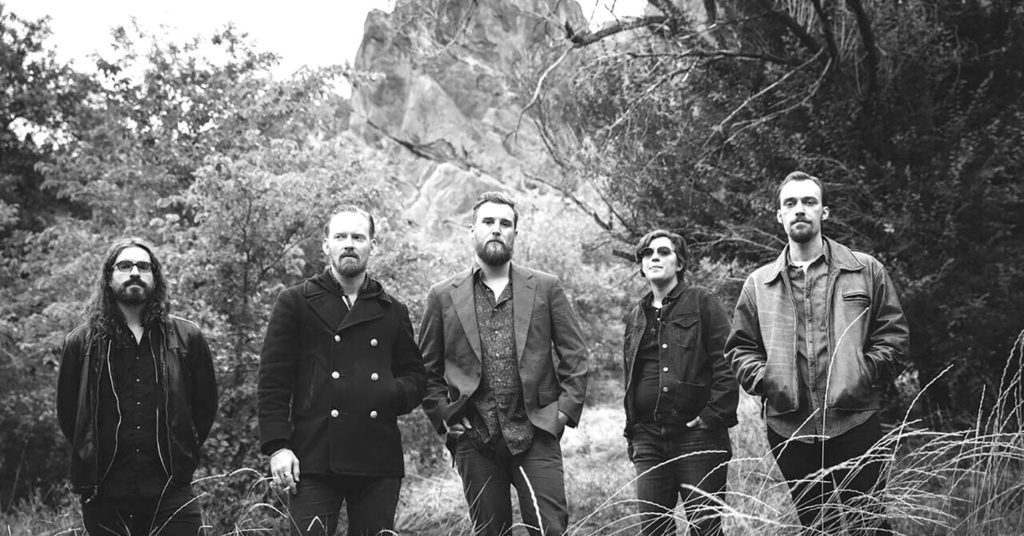 Watching It All Fall Apart, Fruition’s recently-released record, is packed with evocative breakup songs that draw you into personal and specific, yet highly-relatable scenes. Considering the band has three singer-songwriters, the record is very cohesive, mainly because a similar chapter was closing in each of their personal lives.

“Our timelines in these relationships were pretty in line, so that helped out,” said multi-instrumentalist Mimi Naja. “Just in general, I feel pretty lucky to be in a band with three writers. I think the band’s voice takes all of us. It’s not just one person’s story being supported by the rest. It kind of becomes its own story.”

Naja’s song “Northern Town” opens the door to a nondescript, lonely bar far away from a fractured relationship that leaves the narrator wondering if it is salvageable. Rhythm guitarist Kellen Asebroek’s  soulful “There She Was” is based around that awkward moment of running into an ex, while lead guitarist Jay Cobb Anderson’s “I’ve Never Sing Your Name” deals with the frustration of a falling-out.

“You can picture that place and you know that feeling… rather than just straight-up saying I miss you,” Naja said about the key to writing a breakup song. “You try to set the place and time to create that imagery.”

Watching It All Fall Apart is Fruition’s most ambitious album, as a slow shift from folky string band to versatile rock band over the years has added a lot of depth and twists to their sound — from psychedelic ambiance to atmospheric indie.

“I think we’ve always been a rock band at heart, or wanted to be, or something like that,” Naja said. “My bandmate Jay, I heard say that we kind of used to be a rock band in a string band’s body. And I think that’s pretty appropriate. The evolution feels pretty natural.”