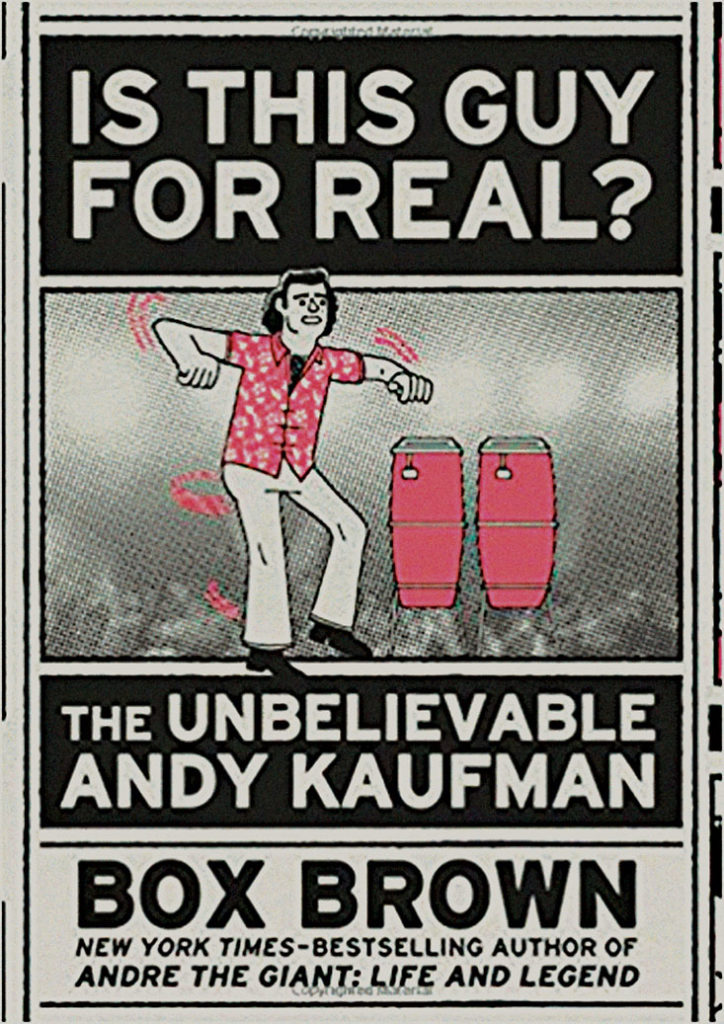 ‘Is This Guy For Real? The Unbelievable Andy Kaufman’

I wasn’t born when Andy Kaufman died in 1984. Various attempts have been made to capture his persona, most notably the movie “Man on the Moon” and the more recent documentary “Jim & Andy: The Great Beyond.” Both are good in their own way, but neither fully shows the kindness and lovable qualities those who knew him said he possessed.

Box Brown’s new graphic novel “Is This Guy For Real?” paints a human portrait of Kaufman, framed mostly through his love of wrestling. From watching the bad guys, Kaufman learned how powerful and entertaining it can be to make an audience feel uncomfortable, angry or just plain awkward. The narrative never strays too far from wrestling, with the bulk dealing with his feud with wrestler Jerry Lawler, and how they tricked the country into believing it was real.

Brown’s art style reminds me of Jeffrey Brown’s, funnily enough, but even more minimal. In wrestling, the term “kayfabe” means the wrestlers stay in character and act as though what they’re doing is real. It’s something comedians today like Eric Andre and Sacha Baron Cohen do all the time.

“Is This Guy For Real?” is a fascinating look into how Kaufman took this concept and applied it to comedy and show business, doing something no one had ever done before. 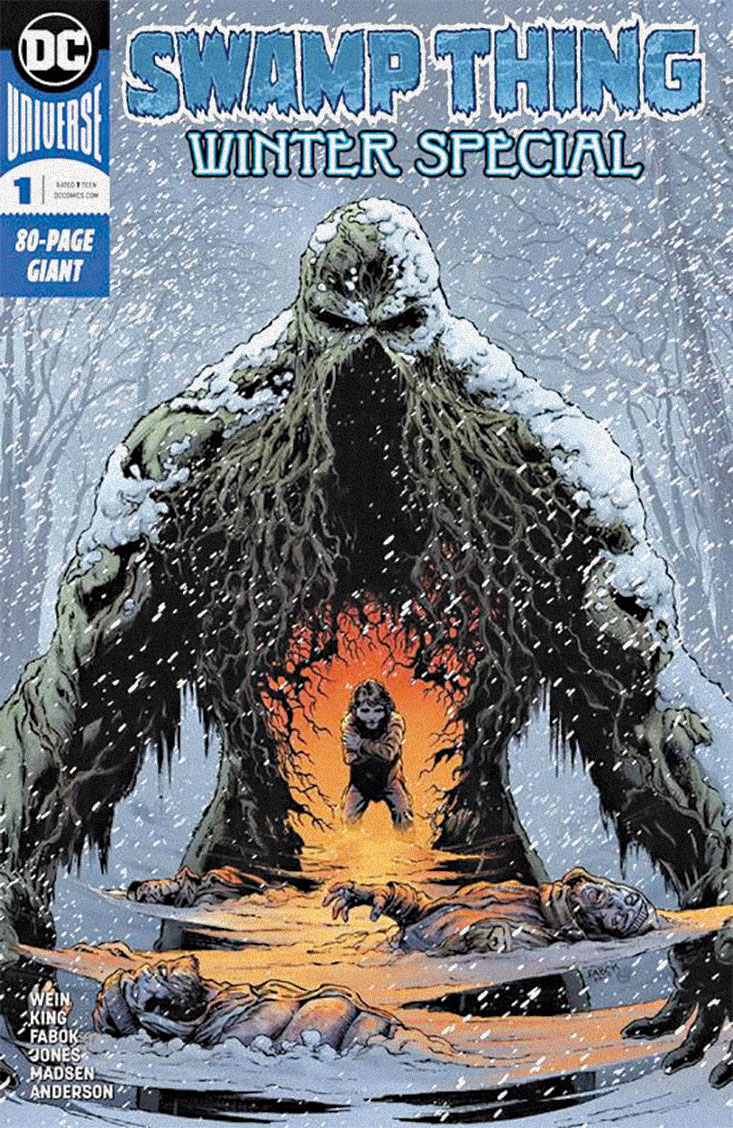 Full disclosure: There was nothing going to stop me from buying the “Swamp Thing: Winter Special.” It’s an ad-free, 80-page giant, featuring two original Swamp Thing stories: one by Tom King and one by the late Swamp Thing co-creator, Len Wein. Wein passed away last year (as did Swamp Thing’s other co-creator, Bernie Wrightson), and this is his final Swampy story.

In a tribute to the creators, writer Tom King, artist Jason Fabok and colorist Brad Anderson bring us a worthy tribute to the character and their memories. Winter has come to the swamp and severed the connection to the Green for our favorite plant monster. Out of his element, Swamp Thing shepherds a lost young boy across this frozen tundra, but as is often the case in comics, things aren’t quite what they seem. “The Twilight Zone”-type twist in this story isn’t unfamiliar in a King story, but it certainly didn’t keep me from tearing up a bit.

The Wein story, with art provided by Kelley Jones, was meant to kick off a new series. Unfortunately, that will never happen now, but at least we get to see it here, even provided with the original script.

While the void left by Wein and Wrightson may be massive, King and Fabok ease the pain and really do them proud in a nearly perfect story from start to finish.