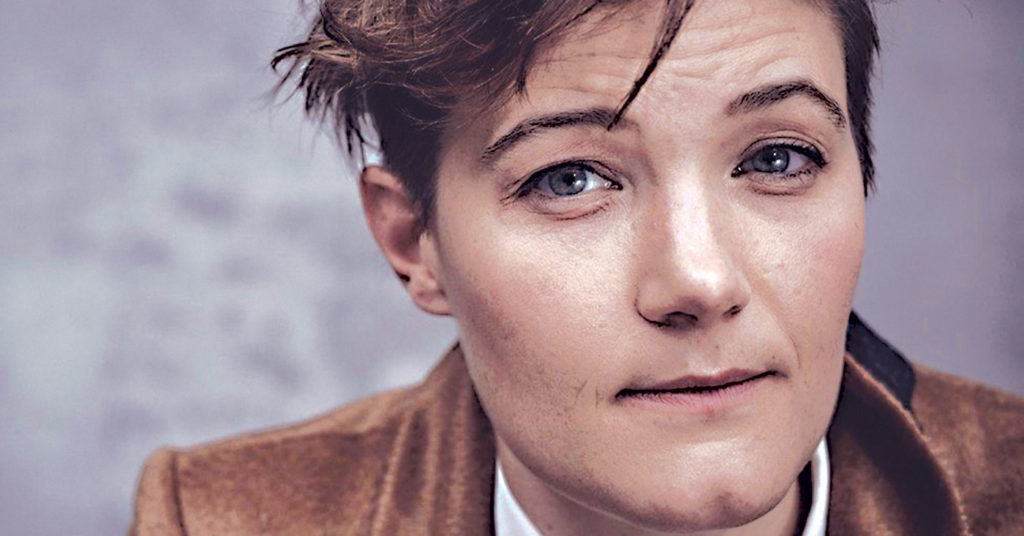 Last time I was at the movies, they showed one of those really long previews. It didn’t look very interesting — I’m pretty sure at least two of the top-billed actors were actually semi-automatic weapons — but I was struck by the fact that the preview had been going on for so long, and I had yet to see one woman.

Not even in a sidewalk crowd.

I leaned in to my friend and whispered “The first woman we see is going to be a stripper.”

I only have so much space, so I’ll tell you now that within 30 seconds, we saw our stripper. I guess I really won that one.

Perception is everything. The Geena Davis Institute for Gender in Media reported that in studies, men perceive a group with 17 percent women to be a 50/50 male/female split, and when 33 percent of the room is women, perceive the group to be mostly women. No wonder so many guys came unhinged when the “Ghostbusters” remake came out. Women, it turned out, were accurate about estimating the room’s demographics. We’re good at it because that’s what we do, and queer women do it even more, especially when it comes to what’s on-screen.

Lesbian roles are still rare enough that we rejoice over each one (and they’re still never the lead, unless it’s a specifically-gay program). I don’t like superhero movies, but I know that last week, “Black Lightning” put Nafessa Williams on the air as the first black lesbian superhero; the announcements popped up everywhere like victory flags; we keep spreadsheets of queer characters as though there’s going to be an inventory check at some point.

It’s exciting that so many queer women are being incorporated — occasionally, even well — into mainstream television, but it’s hard not to notice that there’s a very specific type of queer woman being given the green light. She’s not in a leading role, of course. She adheres strictly to the narrow ideals of Western beauty, including femininity. Occasionally, she will sleep with women, often in that gay television, fade-to-black kind of way. She doesn’t know any other queer women.

It doesn’t feel progressive; it feels unfamiliar, and uncanny.

When Sara Ramirez tweeted a photo from her new role on “Madam Secretary” last fall, the response was overwhelming. “The photo” was everywhere. Straight women in my group chat asked if I had seen it. Queer women on the web were flailing and overusing exclamation points, because this was something different.

It was CBS, and the character is unapologetically, distinctly butch.

Autostraddle’s TV blogger Carmen Phillips encapsulated this excitement when she gushed that the character appears “in all of her dapper butch, nerdy, avocado farming, policy savant glory. She’s wearing a broad checkered navy suit with subtle purple highlights in the pattern and a deep purple tie. Her undercut is SHARP. It’s the gayest thing my eyes have ever witnessed on network television.” This writer’s joy is real. This character feels familiar to her. Not that there’s something inherently rare about a feminine lesbian, but queer women are diverse, and just slapping a sticker that says “Gay” on a woman isn’t enough.

But Deena, you might be thinking, isn’t this all a little selfish? Aren’t you just complaining that you don’t have enough celebrity-crush fodder?

So get to the writing room, folks — it’s finally time to satisfy the female gaze.

If you’re a creator committed to providing a constant visual stream of women whom straight male viewers want to bang, creating masculine-of-center woman characters requires a great deal of imagination. In addition to more imagination, we simply need more queer creators. Comics Rhea Butcher and Cameron Esposito figured this out when they created their own roles in the SeeSo comedy “Take My Wife” (just canceled after its first season). Comedians are particularly well positioned to make progress here, it seems, since they already write their own material. Tig Notaro became well known as a stand-up comic and guest star, frequently playing herself and eventually playing a version of herself on “One, Mississippi,” a show she created (also just canceled).

British television may be outpacing us, here: It has a finer understanding of real characters, to begin with. The first time I saw Charlie Covell as Detective Constable Alex Dier in the British police drama “Marcella,” my roommate and I both made exclamations aloud. There’s nothing like seeing dapper, androgynous, or butch, women on TV to make you realize how out of the ordinary it is (we made the same sounds when we saw Susie from “The Marvelous Mrs. Maisel,” who chain smokes with her sleeves rolled up, carries herself like a dockworker, and wears trousers with suspenders despite 1950s norms). Covell is also a writer, so I’m guessing she’s responsible for creating the two quite-believable and quite romantically-entangled woman detectives on Netflix’s British series “The End of the F***ing World,” one of her current projects.

I don’t worry too much about femme erasure, other than the obstacles it presents in meeting women while I’m out and about. But the erasure of butch and androgynous women on television is so backwards that it gives me whiplash. It’s time to see the full spectrum of queer women in leading roles, even if that means that writers are forced to put on their thinking caps until they can imagine the humanity of women they’ve never bothered with before.