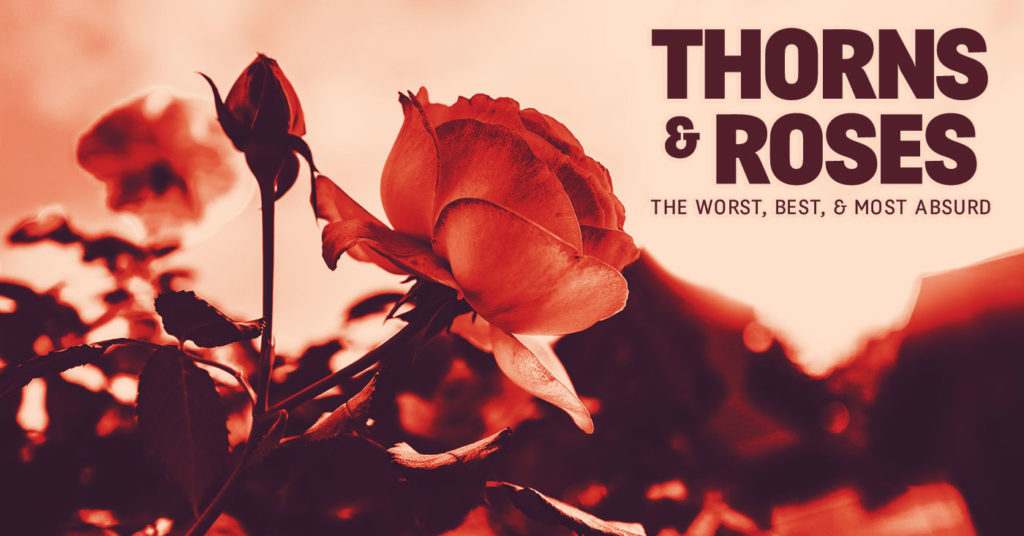 Thorn  |  You have been praying to the wrong god

After a high school student kills two people and wounds others in Marshall County, all that politicians can think to say is: Pray… What about showing leadership and proposing a solution? Like… ummm… better gun control laws? Prayer obviously isn’t helping, unless you have been praying to the wrong god.

Pressing the Republican Assault on Public Education, lawmakers have filed bills that offer tax credits for donating money to organizations that provide private and religious school scholarships. Of course, the tax breaks would siphon money from a state already poised to cut millions of dollars from public education. Even House bill sponsor Rep. John “Bam” Carney conceded such a law would mean less money “off the top” for public schools, Courier Journal reported. So… since when is the state in the business of providing money for private and religious educations?

A proposed state bill would take millions of dollars from Louisville for its faux sanctuary policy. And the U.S. Justice Department has threatened the city for the same reason. But let’s step back here — the city has not deemed itself a sanctuary city. All it has done is detail when police can help immigration agents. GOP mayoral candidate and Councilwoman Angela Leet tried to have it both ways: She voted against the police limits, but told CJ the bill overreaches. Mayor Greg Fischer embrace your base! If everyone thinks Louisville is a sanctuary city, why not just declare it so!

Not only has CJ essentially stopped covering local arts, but last Sunday it ran a book review from the USA Today Network that the paper published first Jan. 14. The. Same. Review… Same headline… Twice!

The big Facebook debate has been: Do you stand in solidarity with women by defriending Matthew Landan, the Haymarket Whiskey Bar owner who is suing over sex assault allegations? Some say they want to remain “friends” to keep an eye on him. Others say any friend of his is no friend of theirs.