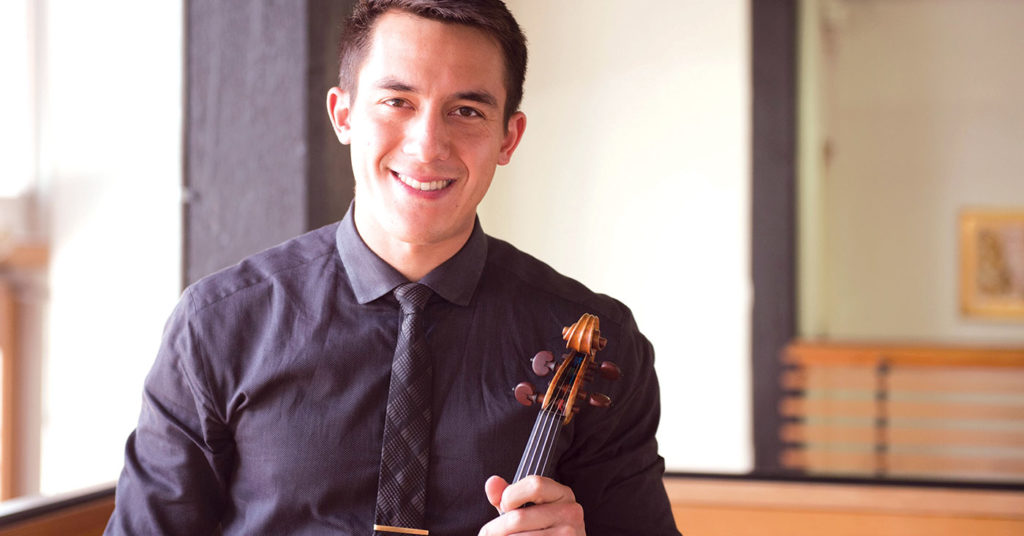 Waves of nationalist fervor and nation building swept across Europe in the last half of the 19th century. Ancient empires splintered and spawned new countries. Loose confederations of city-states banded together to form nations.

Composers of the time played a pivotal role by creating music that fostered and validated the new patriotism. That same impulse affected Russia — where a generation of composers, led by Pyotr Tchaikovsky, invented a Russian music rooted in the distinctive rhythms and tones of that massive, diverse country.

In our time, Tchaikovsky’s “Violin Concerto in D Major, Op. 35” (1878) has become one of the most popular pieces in the classical music repertoire. It is a tour de force for the violin soloist — and ravishing, lush, romantic pleasure for the listener.

But its Russian flavor didn’t play well for the influential German music critic Eduard Hanslick. Hanslick was an equal opportunity viper, who was sometimes rough on composers from his own country. But Hanslick apparently had a special loathing for Tchaikovsky. And though he didn’t actually call for building a wall, his review of the concerto goes beyond the music to become a full-throated attack on the Russian people. Of the finale, he wrote that it, “transfers us to a brutal and wretched jollity of a Russian holiday. We see plainly the savage vulgar faces, we hear curses, we smell vodka … Tchaikovsky’s Violin Concerto gives us for the first time the hideous notion that there can be music that stinks to the ear.”

Happily, the rest of the world didn’t share Hanslick’s opinion, and you can hear Louisville Orchestra Concertmaster Gabriel Lefkowitz play the concerto this weekend.

Fifty years later, the Finnish composer Jean Sibelius was also planting the seeds for a new kind of Finnish music — a music that would influence generations of Nordic composers (including this year’s Grawemeyer Music Composition Award winner, the Danish composer Bent Sørensen).

Sibelius’ “Symphony No. 7” (1924) is the other half of this week’s orchestra program — and its dazzling pairing with the Tchaikovsky concerto. It was composed at a moment when the musical avant-garde had declared tonal music dead and gone and had fully embraced twelve-tone and atonal techniques. And in that context, what Sibelius created could be viewed as a radical counterattack on the new music being written by his contemporaries.

For Sibelius was creating a new kind of music, as well. This single movement symphony is almost entirely in the key of C major — as mainstream a choice as a composer could make. But it has its own idiosyncratic organizing principles built around nimble rhythmic and melodic ideas that constantly recombine to create a kaleidoscopic variety of sounds and textures. It’s a symphony with a grand, uplifting dignity — and soaring majesty.

The program is being led by guest conductor and rising star Jayce Ogren, artistic director of Orchestra 2001 of Philadelphia. In addition to a stint as assistant conductor of the Cleveland Orchestra (where he led a performance of the Sibelius 7), Ogren’s diverse portfolio includes conducting the BBC Symphony Orchestra recording of Rufus Wainwright’s opera “Prima Donna.”