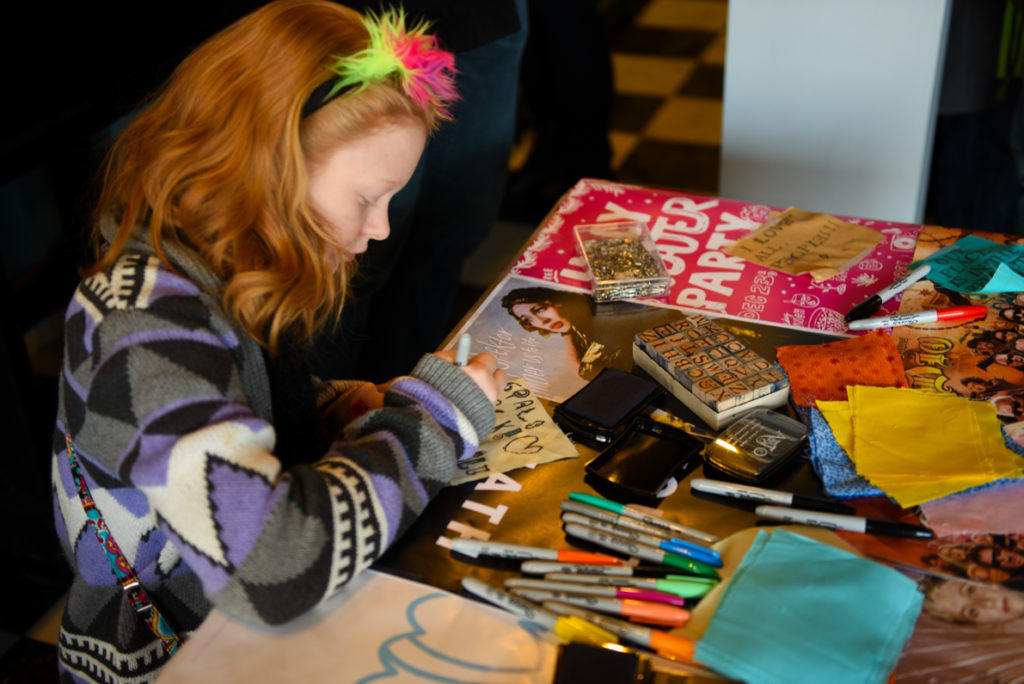 Girls Rock Louisville — a summer camp that “empowers girls and gender non-conforming youth from all backgrounds by exploring music creation in a supportive, inclusive environment” — released its second compilation album at Guestroom Records on Sunday. The album features bands formed at the 2017 rock camp, and was recorded at La La Land Studios in Louisville. CDs are available at Guestroom while supplies last, and a digital version will soon be available on the Girls Rock Louisville website.

“Camp was tons of fun, but, when it came to actually recording the music, it was really real, and you didn’t want to mess up,” said 13-year-old Lucy Campbell, who performed on the record. “Still doing it was tons of fun.”