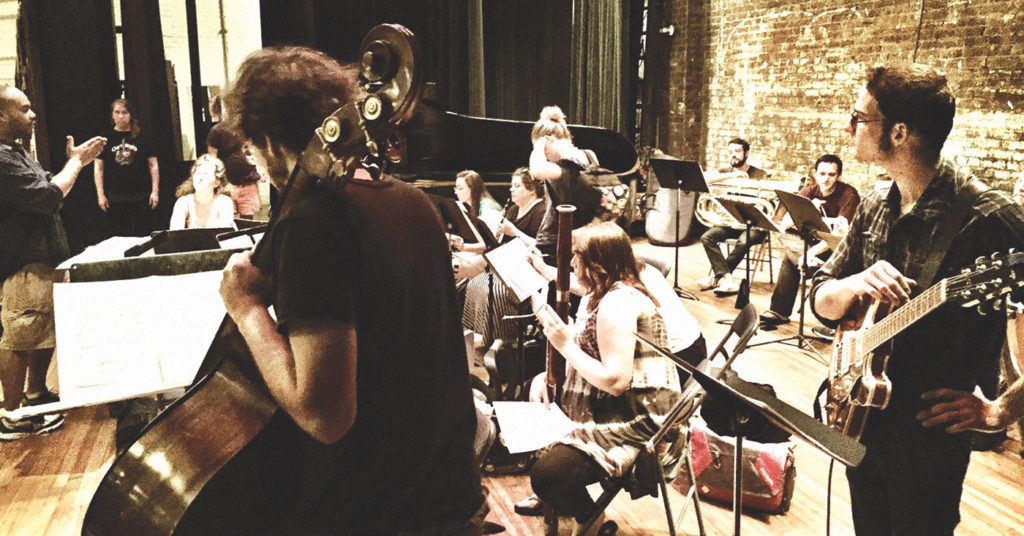 Orchestra Enigmatic is a local musical collective that offers players a home to experiment within a chamber orchestra setting. With performances ranging from original compositions to full-length tribute shows, Orchestra Enigmatic is a space for the avant-garde pieces “too small, too new or too exotic to find a home in the classical orchestral canon.”  This weekend they open their sixth season with two sets at the 21c Museum Hotel, featuring new music from Daniel Gilliam, R. Short, P. Kellach Waddle, David Neville and Tyler Taylor.

“It doesn’t always have to be the traditional orchestra setting,” said bassoonist Jackie Royce, who has played with the group since its first rehearsals in 2012. “A chamber group can be anything from a duet, to a quintet, to an octet to a chamber orchestra, which is essentially a small orchestra … By having less players in the group, you’re creating more intensity, as far as the ability to pay attention to one another.”

Each concert involves 20 to 22 players and is not limited to the group’s 67 standard members. While Orchestra Enigmatic aims to promote its composers, the performances also bring individual players closer to the front line.

Royce, who also plays in Ut Gret and Cat Casual & the Ordinary Bones, arranged Radiohead’s “15 Step” for the group’s tribute to In Rainbows last May.

“We’re open to having pieces written for any absurd amalgamation of instruments,” Royce said. “If somebody wants to write a quintet for viola, French horn, theremin, harp and baritone, we’re open to making that happen.”