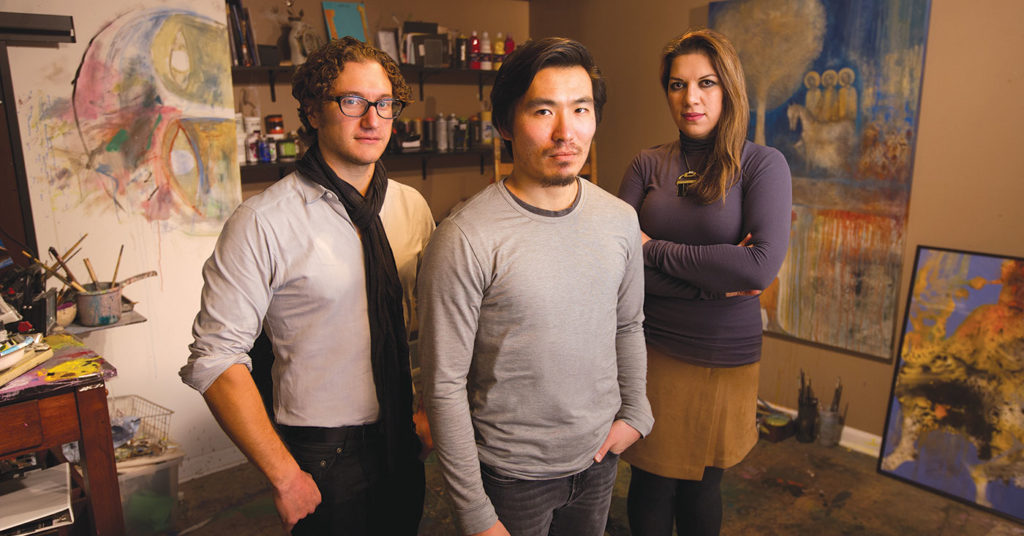 The Louisville Orchestra and Teddy Abrams, its music director, this weekend will upend one of the most tradition-bound institutions in all of western culture: the orchestra concert.

For well over a century, you could walk into an orchestra concert anywhere in the world in the near certainty that you’d be served a three course menu: Overture, Concerto and Symphony. But this weekend’s Classics concert, titled “War + Peace,” continues an experiment in thematic programming that the Orchestra initiated last season with a concert called “Sacred + Profane: Of Heavens and Humans.”

Abrams told LEO, “Our mission is not only to play great pieces of the past, but to program them incredibly thoughtfully and to consider what a program is going to look like in the 21st century and even beyond.”

The program structure itself is radical — the 10 pieces on Saturday night’s program span from the 1600s to a world-premiere, commissioned work — but so is the underlying idea. It’s fair to say that most contemporary listeners think of orchestral music as a pure art form, abstract and unworldly.

“There are differences in the way people engage with music that’s considered classical as opposed to non-classical,” he said. “In our modern culture, popular music certainly serves a purpose beyond simply being experienced as art. We put that on overdrive in the 60s, during the protest movement, when music had a genuine impact on the political arena, probably in a much more palpable way than would ever have been seen in compositions in the past. I don’t think there were pieces individually by Mozart or Brahms that would have changed world politics, even if they had commented on it. And now, of course, musicians are very deeply involved in contemporary issues.”

In the world of classical music, said Abrams, the passage of time and the fact that the notes themselves lack a direct meaning makes it easy for listeners to “uncouple the extra-musical circumstances or setting of a musical work, or even a composer’s life and have a direct relationship with the music itself.”

But as this program reveals, classical composers have always been deeply engaged in responding to, and critiquing, the world around them.

Abrams described assembling the program as a curatorial process similar to putting together a thematic art exhibit. Rather than organize the concert in, say, chronological order, the goal was to create a narrative through-line. “We were creating a collection of pieces that work together as a narrative, rather than just saying, ‘We’re looking at one specific time in human history.’ So that’s why you get Vaughan-Williams and Schoenberg and Sebastian Chang. These are all designed to work together, even though — or rather because — they come from different places and different times.”

Abrams noted, for example, the contrasting impulses behind Sergei Prokofiev’s “Waltz” from War and Peace and Arnold Schoenberg’s “A Survivor from Warsaw,” both of which were reactions to World War II. Prokofiev, he said, was responding to Hitler’s invasion of Russia — and by invoking Tolstoy’s novel about Napoleon’s invasion of Russia was able to “grasp a powerful, enfranchising literary device that could connect with his audience at a very challenging time.

Schoenberg’s piece, on the other hand, is a cantata recounting the experiences of a survivor of the Warsaw Ghetto. “Schoenberg is psychologically unravelling his own experience and understanding of what had happened. Like every human being — and certainly every Jewish human being around at that time, particularly one from Germany, he must have gone through untold amounts of soul-searching and understanding. You don’t ever come to a conclusion, but art is one way of addressing it and that’s what he does.”

The complex nature of orchestral music makes it impossible for composers to respond instantly to events of the day in the same way that a songwriter can, said Abrams. But like all the pieces on the program, the centerpiece, a world premiere of a newly commissioned work by composer Sebastian Chang, is a piece that engages with the world.

“It’s not a direct response to any one political or military event in Iraq,” said Abrams. “It is inspired by the experiences of Vian Sora, a person from Iraq who has come to the United States and made her home here as a visual artist. It’s a piece that takes the totality of now well over a decade-and-a-half of our shared experience — both Americans and people abroad — as we try to absorb this world history.”

It’s not a quick reaction, said Abrams, not a tweet. “It’s the product of many years of life. It expresses something that can’t be compressed into a couple of minutes or a few lines of lyrics — that also has its place. But this is something that’s broader and that requires a kind of deep experience of it.”

And because it’s an orchestral piece, it’s something you might only get to hear once — or twice if you attend both of this week’s Louisville Orchestra concerts. (Note: the Friday concert omits a few selections that will be played only on Saturday).