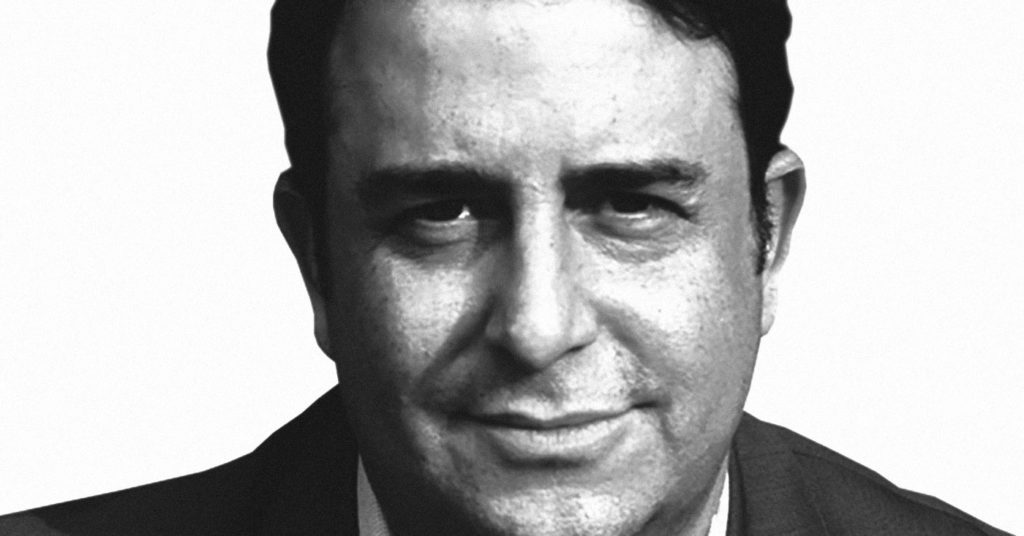 Comedian Mike Faverman has been winning audiences with his cynical, confrontational and obscene sense of humor. “Once you’ve won the crowd over,” Faverman said, “you can get as dirty and crude as you want.” You may have seen him on television performing on AXS TV’s “Live at Gotham,” Showtime’s “Live Nude Comedy” or Playboy TV’s “Night Calls.” He has appeared in TBS’s “Sullivan and Sons” and ABC’s “Boston Legal.” Faverman, an admitted foodie, hosts a live cooking show called “Mac and the Big Cheese.” This week Faverman headlines The Caravan.

LEO: Was comedy always a part of your plan?

Mike Faverman: I was raised in Boston, and I went to college at Amherst. Originally, I studied engineering and found out very quickly that I was not going to be an engineer. Sitting behind a desk was not going to be my jam. At that point, I knew I was going to try and be funny for a living. If I was successful or not, that was up to the gods. But Boston is a good place for comedy. A lot of history there. A lot of successful comics come from there. And I’m a Jewish guy — so I had that going for me, too.

Did you get your sense of humor from your family?

Actually, I was adopted. And what contact I have had with my biological family, they are all really funny. But my adopted family was really funny, too, but in a different way. So I kinda got a mixture of two personalities. And then I had two older sisters who used to beat the crap out of me. One of them still can. She looked like the [original] lead singer of Journey. She had the full-blown mullet and all. We were white trash when I was a kid. Jewish white trash.

Does being adopted feed into that comedian’s need for validation?

Believe it or not, I’m kind of over that. Before I became a comedian, I really wanted people to tell me I was funny. Now, I know I’m funny.

You’ve been on the road for a lot of years. How has it changed?

The road is everything you think it would be. When I started I was in my mid-20s, so I took advantage of every opportunity possible. I loved parties, drugs and women. That’s all changed, because now nothing gets me going like a nap. Now, my life consists of doing shows, eating delicious food and naps.

You are fairly raunchy and edgy. Is there any place you wouldn’t go?

I don’t think so. I learned over the years that likability is the most important thing. Once you’ve won the crowd over, you can get as dirty and crude as you want, and the crowd will follow you. If you’re unlikable, and you go dirty, you’re going to bomb.

You’ve done some filmmaking, and you live in Los Angeles. How do you feel about this year’s Academy Awards nominations?

Gary Oldman was brilliant. But I’m not really into the awards. I don’t think adults should get trophies. That’s a kid thing, right? And how much ego stroking do we need with each other? You have millions of dollars, fame, fortune and an amazing career. Now you need a trophy?

A few years ago, you were heavily criticized for an insulting text interaction you had with a fan. You have apologized for it. How do you look back on that experience?

I consider myself an intelligent guy. I stewed on that for a very long time. I said some really inappropriate things. I felt like they instigated it, and I was defending myself. It was mean and inappropriate, and that’s what I meant to do at the time. I felt disrespected and hurt, and I wanted that person to feel how I was feeling. I don’t want to be forever judged for that decision. I’m not really that person, I’m someone who has spent their life and career trying to make people happy and bring joy to their lives. But it’s a learning lesson.

When they write the biography on Mike Faverman — what will the title be?

‘He Did It His Way.’ Because, here’s the thing, I know what I want, I know how to get it and that’s what I’ve done with my life. I like to nap during the day and make people laugh at night. That’s all I want. •