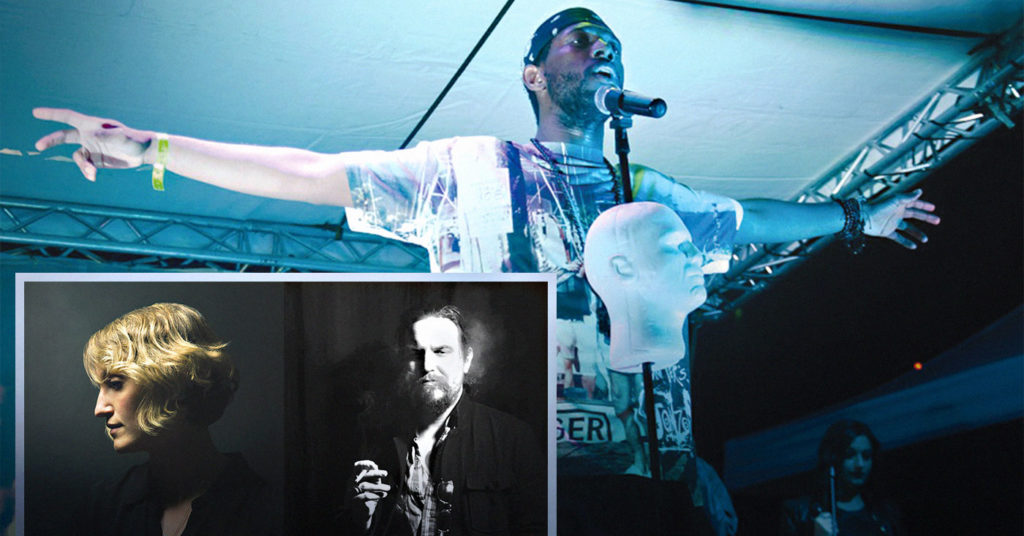 Taking 25 musicians and randomly dividing them into five bands at the beginning of the day, and asking them to come back with three original songs 12 hours later, seems like an insane concept, but last year’s inaugural Louisville Rock Lottery resulted in an enormous creative outburst. There was a three-part politically-themed rock opera, and a band that sounded like The Velvet Underground and Slint had a baby, as well as a group called Synth Party, a spaced-out ride that tipped its hat to new-wave.

“All I saw all night was a bunch of people saying, ‘holy fuck,’” organizer Craig Pfunder, also of the band VHS or Beta, said. “If I could say anything, it’s a true testament to what you could do in a day.”

It was a no-brainer to continue it this year, so this Saturday, at Louisville Rock Lottery 2, an all-new lineup — including Joan Shelley, Jecorey “1200” Arthur, Scott Carney and Evan Patterson — will be organized into bands by chance at 10 a.m., and at 10 p.m. they’ll all perform at Headliners Music Hall.

The Rock Lottery concept started in Denton, Texas, in 1996 as a scene-building exercise and then spawned iterations in cities nationwide. Louisville’s was spearheaded by Pfunder, who came across the idea in New York City. He was initially skeptical, but My Morning Jacket bassist Tom Blankenship urged him to go to the Rock Lottery in NYC. “I had just come off a full U.S. tour,” Pfunder said. “I went to this thing super hungover. I was like how am I going to make it through this day, and it was such a good day.

When he established the Louisville Rock Lottery last year, he had to ensure that each hypothetical band had the necessary core constituency — enough string instruments, a drummer and a singer, at the very least. On a broader level, Pfunder had to consider talent and personality to foster a fun, creative environment. Having lived outside of town for eight years, Pfunder spent time reacquainting himself with old faces and learning new faces. He opted to choose only one person per band, to limit the odds of bandmates working together, ending up with a member from Twenty First Century Fox, Twin Limb, Second Story Man and Frederick The Younger, to name a few.

“It went really well,” recalled White Reaper drummer Nick Wilkerson, a participant last year. “I think it was a little harder than everyone anticipated. Not harder to endure, but challenging.”

Finding your rhythm in a new project takes time, a scarce resource for the Rock Lottery. Every player has strengths and weaknesses, from how they collaborate with others, to how they keep peace and interact with their bandmates, something typically distilled over time. Gone is time to deliberate or stall, making for an intensely focused, and often liberating experience.

“I’ve tried to be a better and better listener throughout the course of my musical career,” said My Morning Jacket drummer Patrick Hallahan, who will participate this year. “I feel like I’m good about sitting back and seeing how things are forming and then putting in my two cents as opposed to letting it be ego driven so to speak. When you’re collaborating, I’m not a songwriter as much as I am an editor. I take someone’s idea and hopefully make it better.”

“With four people you don’t know, you definitely want to stand down,” Wilkerson added. “Like Patrick said, definitely relax. Simply play the drums and try to write the songs. Maybe throughout the process, gently make it yours.”

Wilkerson and Pfunder share fond memories of the first Rock Lottery. For Pfunder, it was that newfound language between short-term partners, coming together in a flurry of creativity. For Wilkerson, it was finding his own angle in playing with different musicians, a rarity in his time as a player. “Kevin Ratterman’s band, did this three song rock opera,” Pfunder said. “It was insane.”

“That’s the band that I was thinking about,” Wilkerson added. “That was something else. If anyone won, it was them. It was a rock opera with Trump.”

With last year a success, Hallahan and his fellow musicians look forward  to playing outside of their comfort zones. “One of the elements that I’m looking forward to is the lack of control for who you’re creating with,” Hallahan said. “My favorite parts of making music is joining hands at the edge of the cliff and jumping off. It’s a trust exercise. It brings out all these different parts of yourself.” •