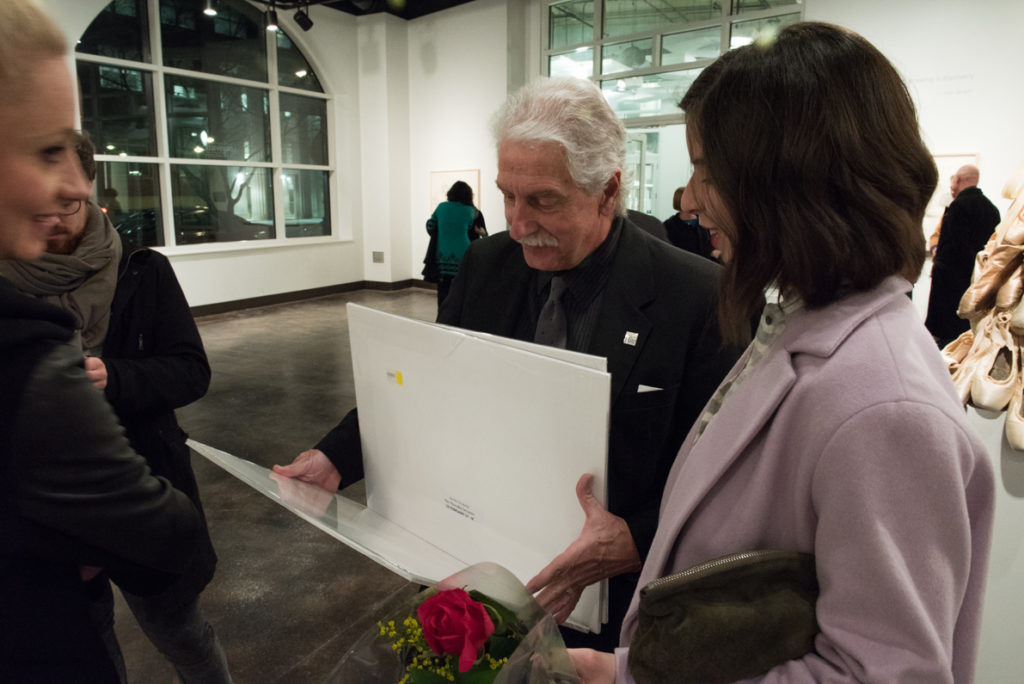 UofL professor and artist James Grubola’s “The Friday (and Thursday) Sessions” opened on Friday at the Cressman Center for Visual Arts. It features Grubola’s work from his weekly practice of drawing sessions from live nude models on Thursdays and a ballet studio on Fridays.

“This show is very important — obviously it represent the last three and a half, four years of my life, in terms of artistic work,” Grubola said about “Sessions,” which shows a return to his first love of figure drawing.

Grubola joined the Department of Fine Arts at the UofL in 1975 and quickly established the advanced drawing program. While his time as a professor at UofL’s Hite Art Institute is soon coming to an end, he plans to continue working until he physically can’t.

“His knowledge and tone have helped fertilize several draftsman across the Midwest,” said Taylor, 24.