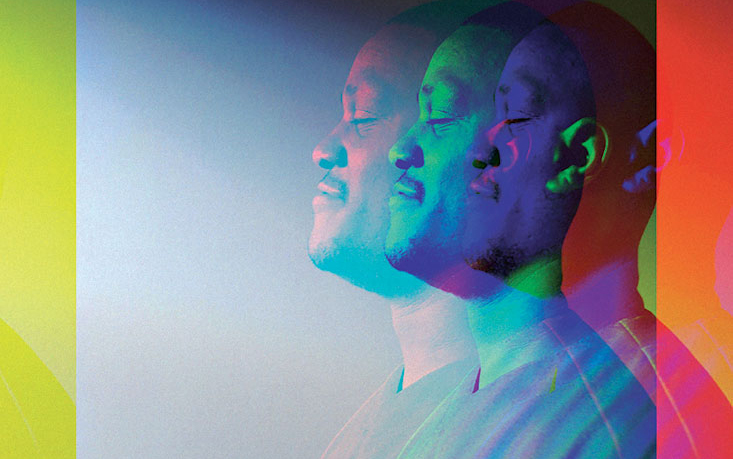 “It’s an existential affair, an existential love song,” Kendall Elijah Dynamite told me about ‘Lightnin’ Bug,’ a silky, rhythmic song drenched in beneath-the-surface meaning. “Sometimes you kind of feel a lot of things don’t matter. Like, you’ve disregarded a lot of things, but love being the only thing that shines through. And ‘Lightnin’ Bug,’ at that point, takes on the metaphor of love. You know, in the summer, you see a lightning bug in the dark and, like love, it penetrates through that darkness.”

Dynamite’s appreciation for the blues, especially the Delta blues, shines through in the song, but you can also pick up on his other influences. Mix in the heavy hip-hop pound of the drums and a healthy dose of honey-throated, old school R&B vocals, and that’s what “Lightnin’ Bug” sounds like. Or, more simply, imagine D’Angelo covering Furry Lewis.

“With this song I just wanted to get that groove — that was it,” he said. “I have this belief that it’s the groove that gets people. Lyrics don’t get people in the first couple go-‘rounds. People will go back later and maybe dive into the lyrics but what gets you immediately is that groove.”

Practically all musicians are subjected to the inescapable fate of being pigeonholed, but it’s the social constructs associated with that Dynamite sneers at. A listen through his latest album, Honeyman, not to mention his previous work, reveals Dynamite has range and versatility.

“I feel like there’s a stigma on black male artists making a certain type of music,” he said. “Like when you get into rock ‘n’ roll or things that aren’t urban based like hip-hop. I’m trying to break that stigma. Look at the first rock ‘n’ roll songs by Chuck Berry, Sister Rosetta Thorpe, Big Mama Thornton. I wanna bring back that feeling and that boogie, that groove to a different demographic. I feel like it’s not cool for young black kids to like anything that’s not rap. And I want to change that.”

While songs like ‘Lightnin’ Bug’ may be an “easy song that wrote itself,” his body of work thus far has deliberate control, flirting with a near-perfect balance of sound and space. It’s a talent that takes most artists years to develop. Though Dynamite himself has the best explanation for it.

“I’m an old soul,” he said, grinning and meaning every syllable of it.