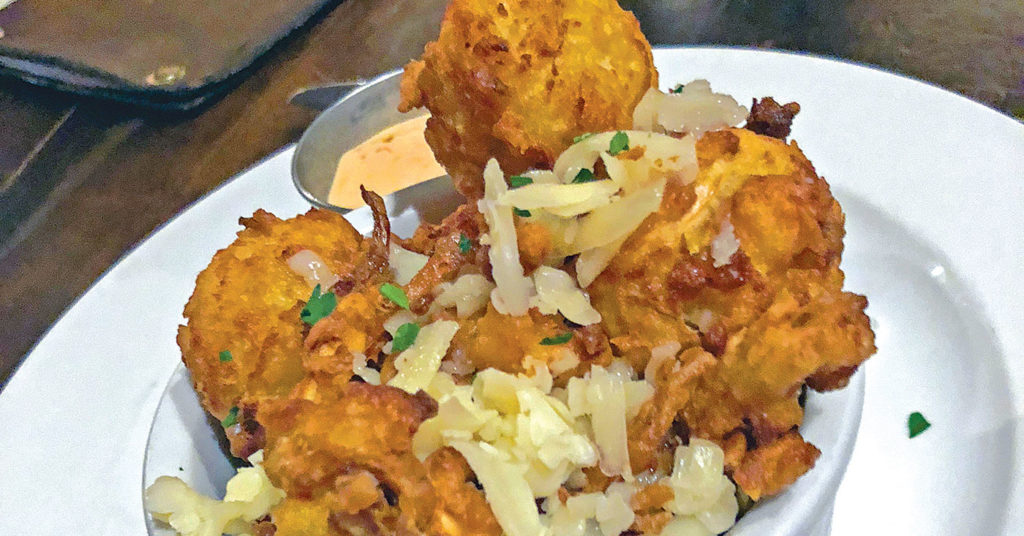 When I hear news that a restaurant has decided to make big changes, I worry. Over the years we’ve seen more than a few popular establishments decide to reinvent themselves in some significant way. Remember them? Nope, me either. That’s because changing courses in the middle of the stream too often begins a sad slide downward into the place where memories go to die.

So I fretted a bit, just about this time last year, when Eiderdown’s owners told the beloved Germantown restaurant’s social-media followers that they were closing for a couple of weeks to make some changes. They had strayed from their original intent to be a “European-inspired Southern restaurant for the Germantown-Schnitzelburg neighborhoods,” owners Heather Burks and James Gunnoe wrote.

Eiderdown had become too fancy, too expensive. Their own neighbors could no longer afford to eat there regularly. “For this we apologize,” they wrote, promising to reopen with a return to its Louisville German-American roots, a more affordable restaurant, “a more embraceable restaurant.”

Maybe I worried too much, thinking about past experiences with that restaurant reinvention thing. But we finally found our way back the other night with a group of friends, just a year after its brief closing and — yes! It’s embraceable! I want to hug it! And I’m just sorry it took so long to drop in again.

The new menu gets touched up every now and then, but the basics stay the same. It’s distinctly, but not entirely, German; it’s not overly long, with just six entrées, a half-dozen sandwiches, a variety of house-made sausages and a list of appetizing snacks and starters. The $32 steak au poivre is gone from the menu, replaced by a $16 beef rouladen. The Sunday Sitdown chicken dinner remains, but it’s now $19, a few bucks under its original price.  Everything else is $16 or less; house sausages are all $11, and the bar snacks and starters all fall in the single digits. Much of the meats, cheeses and produce are locally sourced, and the sausages, pretzels, beer cheese and desserts are all made in house.

As you’d expect from an eatery whose owners also operate the nearby Nachbar, Eiderdown’s beverages program is worthy, with an extensive, German-accented beer list and 21 taps, credibly promoted as “the most extensive German beer selection in town.” There’s plenty of local craft beer too, along with full bar service and a short, but thoughtful, wine list.

The look of the place hasn’t changed one bit: a neighborhood bar deeply rooted in its neighborhood, with exposed red-brick walls, a long wooden bar extending the length of the room and wooden tables lined up in a long, neat row.

We started with an order of Eiderdown’s famous duck-fat popcorn ($5) and two bowls of fest balls ($6). The popcorn makes a tasty snack, fine with beer; the duck fat imparts a subtle, meaty umami flavor that tickles your taste buds without being overtly ducky. Fest balls, another holdover favorite, are truly addictive. A bowl holds a half-dozen two-bite spheres of blended spätzle noodles, sauerkraut and cheese, fried golden brown, with a palate-teasing spicy mayo for dipping.

Even at its reduced price, the Sunday Sitdown ($19) remains an impressive platter. Available daily, not just Sundays, it appeared to be almost half of a roasted chicken, including several thick slices of breast meat and portions from the thigh and wing, with the rich flavor and firm texture that signals a free-range bird. It was all plated atop a generous mound of exceptionally-creamy, toothsome grits and a pile of long-simmered greens. It was all surrounded by a lake of delicious brown chicken gravy, rich and comforting, that united all the flavors of the dish. The greens had a hint of a bite that might have been extra salt or a shot of cayenne; they had been cooked into near oblivion, in the old-country style, which is not my style, but they’re fine if you like your greens like that.

Eiderdown’s menu includes a number of vegetarian and vegan dishes, including  a veggie burger ($10), a bierock pretzel sandwich with mushrooms, cabbage, potatoes and cheese ($11), two meatless spätzle entrées ($11) and a vegan meatball parm ($11), which caught my eye since I’ve been fascinated by fake meat inventions since I encountered the Impossible Burger (at Morels Cafe). Three sizable, real-looking meatballs sat perched in a row on a neat, hero bun that was both house-made and vegan. The balls were made from a combination of wheat-gluten seitan and black-eyed peas. I won’t say they tasted like meat, but they tasted good in their crunchy exterior, bathed in marinara sauce and dusted with crumbled vegan Parmesan.

Eiderdown isn’t expensive anymore: Our entire meal topped out at an affordable $44.52, plus a $10 tip for our courteous, helpful server, Rach.