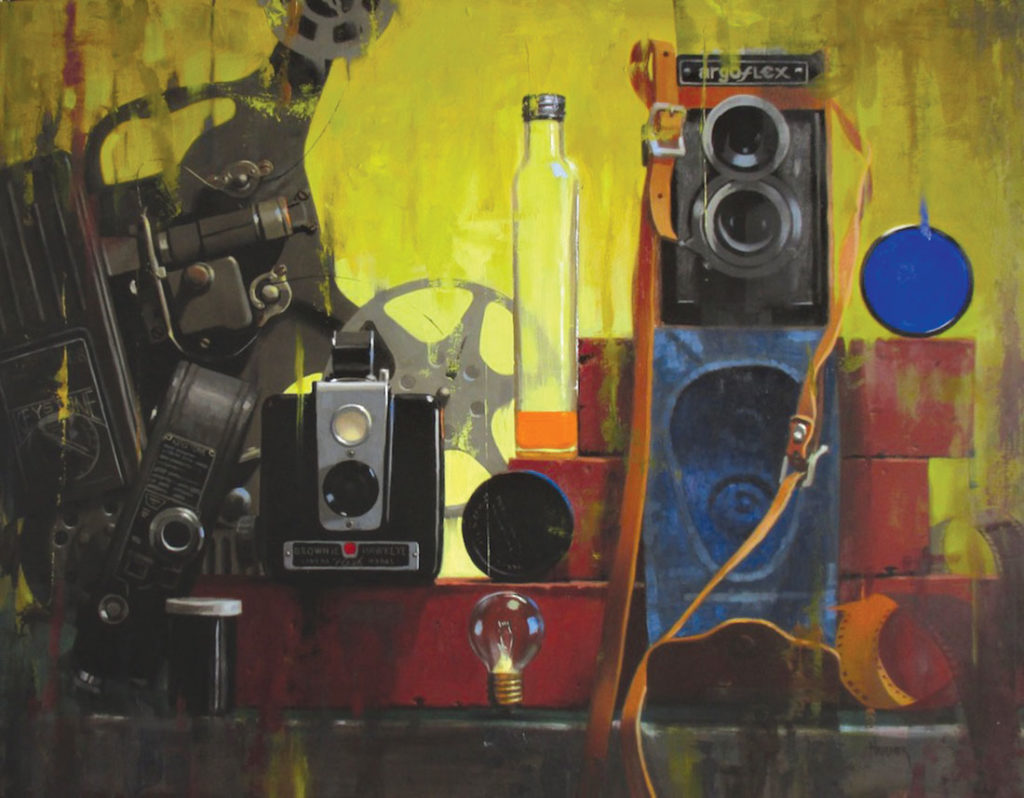 What have you done for Louisville lately? Many artists have worked decades contributing to our local culture. While largely unknown outside of their circle of influence, they have become the deans of our arts scene.

A year ago, we published our first Winter A&E issue. At that time, we wrote about five emerging visual and performing artists 30 years old or younger. This year, we are highlighting 10 artists 50 or older.

Louisville Metro has many established and well-known artists who fall into this age group, whose work and businesses we rely on to keep the art wheels spinning. We wouldn’t be the city we are today without sculptor Ed Hamilton; gallerists Joyce Garner, Billy Hertz, Chuck Swanson and Brenda Deemer; Actors Theatre Artistic Director Les Waters; Louisville Photo Biennial cofounder Paul Paletti and the Louisville Orchestra’s Pops Conductor Bob Bernhardt, just to name a few.

Our 10 artists’ names may not be recognizable to you — no Hometown Heroes banners for these folks — but their years of productivity are more valued than their fame.

What a smile. Pianist Harry Pickens, 58 (“although I feel 26 most days,” he said.), lives a life that focuses on spirituality and compassion, all delivered by way of music. His upcoming book, “In Tune: Lessons in Life from a Life in Music” (out later this year), is a guidebook for his philosophy that “the transcendent power of music as an agency of healing love. We may play with the hands, but ultimately, we play from the heart.”

Many of his students at the Kentucky Governor’s School for the Arts have learned that lesson. Couple that with his other belief that “when someone is really good at something, it often appears effortless. At the same time, you can rest assured that this apparent effortlessness conceals massive amounts of hard work, diligence and sacrifice.” Pickens received the Governor’s Award in the Arts in 2009.

If you are interested in buying portraiture or figurative paintings and drawings, Claudia Hammer, 67, is a person to seek out. Better yet, if you want to learn how to work in oil paint, pastel, graphite or charcoal, become her student, as she’s a teacher par excellence in life drawing and still life. After over 20 years in fashion illustrating, working for Stewart’s and Byck’s department stores, she left when advertising switched from hand-drawing to computers to become a painter and hasn’t looked back.

When talking about longevity at an art job, Josette Miles, 81, may be the winner. As costume mistress at the Kentucky Opera, her supervision of the costume department has lasted almost 35 years. She first started in 1983 at the Louisville Ballet, eventually splitting time between the Ballet and the Kentucky Opera, then switched to the Opera full time. Favorite costumes include the outfits from Lehar’s “The Merry Widow,” Bizet’s “Carmen” and Gilbert and Sullivan’s “The Mikado.” The later one is a point of pride; she created the costumes for a Kentucky Opera production early in her career that were used for several future productions.

No, Josette Miles is not the longest job holder of this group. Louisville native Jack Griffin, 59, has been at the Louisville Orchestra all his life. OK, I’m exaggerating, but not by much.

After starting to play the violin in fourth grade, he switched to the viola as a freshman in high school. He was still a teenager when he apprenticed at the Louisville Orchestra. When approached to become a permanent member in 1976, Griffin said, “I’m going to have to ask my mom.” Good move, because he became the Principal Violist in 1984.

Griffin has remained with the Orchestra through the years because, “I’m one of the few local people. I was born in Beechmont — all my family was here. I’ve enjoyed the Orchestra and look forward to what [Music Director] Teddy [Abrams] is doing.”

All this from a man who said he wasn’t “planning to be a musician. I wanted to be a pilot.” He fulfilled that dream too, getting his pilot’s license in the early 1980s.

Haydee Canovas, 54, has many jobs, all centered around Spanish language theater Teatro Tercera Llamada. She’s a cofounder of the company (whose title translates to “theater third call”) as well as a playwright. She used to act in the company but now leaves that to others. Teatro Tercera Llamada’s latest production is “Guiando a Molly,” a play written by Canovas that’s at The Kentucky Center through Feb. 3.

Ballet, as in any creative-athletic field, limits the time a person can perform. A way to transition from performing is to go behind the scenes. As Senior Ballet Master, former dancer Harald Uwe Kern, 51, did just that when he joined the Louisville Ballet in 2005. But occasionally he’s back on the stage, as when he plays Herr Drosselmeyer in the Ballet’s “The Brown-Forman Nutcracker.”

One of the nicest guys in the local visual art scene is sculptor Tom Pfannerstill, 65. I’ve called him a magician because of his ability to excel at trompe l’oeil, the art of making us believe what we see is the real deal. While best known for his street trash pieces, his series of “Heads” is startlingly realistic. A full-time studio artist since 1986, Pfannerstill received The Kentucky Arts Council’s Al Smith Individual Artist Fellowship in 2001.

Laura Ross, 70, is a ceramicist’s ceramicist. That’s the opinion of the National Council on Education for the Ceramic Arts; when its conference came to Louisville in 2007, Ross was the only local clay artist to be chosen as a demonstrator. She has specialized in wheel-thrown, functional ceramics since 1985. Ross received the Governor’s Award in the Arts in 2013.

Glass artist Mark Payton, 54, has been around 28 years, long enough to bounce around Louisville’s neighborhoods. He’s had flameworking shops in Fern Creek, The Highlands and Lyndon before settling in the Glassworks Building downtown in 2001. While his bread-and-butter are small production pieces — fan pulls, bottle stoppers, lamp finials — his sculptural work, usually involving the female figure, is getting larger. His biggest project also happens to be the largest flameworked sculpture in the world, the “Dancing Blue Fountain,” at the Blue Harbor Resort and Conference Center in Sheboygan, Wisconsin.

Elmer Lucille Allen, 86, is the type of person I want to be when I grow up. To say she is just a textile artist and ceramicist is to negate the mounds of things she has accomplished. Her energy is legendary.

Allen wasn’t always an artist. She started out at Brown-Forman as the company’s first African-American chemist as well as one of four female scientists, retiring in 1997.

She began working with ceramics during her Brown-Forman years. That hobby turned into art classes at UofL, where she was introduced to shibori dying textile techniques. She graduated in 2002 with a Master of Arts degree.

It’s close to impossible to include all of Allen’s accolades and achievements, but here’s a sampling: Governor’s Award in the Arts, President of the Kentucky Coalition for Afro-American Arts and the KMAC Museum’s Art Advocacy Award.

2018 is turning out to be another good year for Allen. “It is really good to be recognized while you can say thanks,” she said. She’s receiving a Distinguished Alumni Award from Central High School in February. That’s also Black History Month and her old place of employment, Brown-Forman, is honoring it by exhibiting five of Allen’s textiles.

Allen just learned she will receive Louisville Visual Art’s first Legacy Award in March. The Louisville Omni Hotel, which opens that month, purchased one of her textiles. She recently retired as the volunteer director/curator at the Wayside Expression Gallery, and she told me she “has a lot of things” she still wants to do. Bless you, Lucille. •