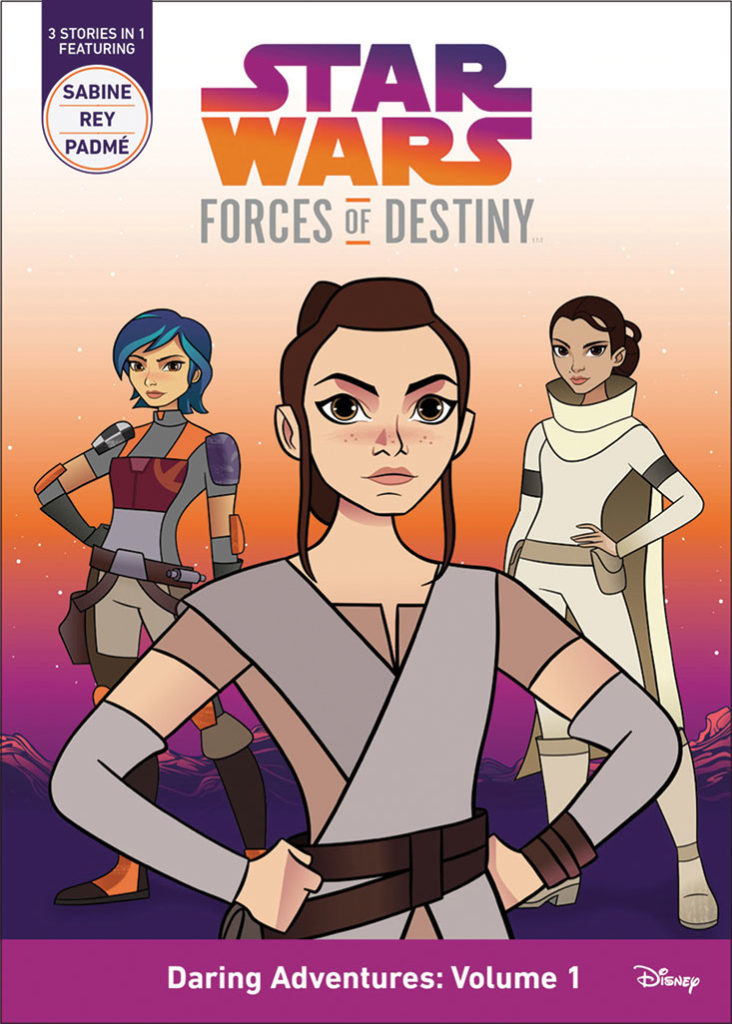 IDW is publishing a series of comics based on its animated TV shows from Disney’s YouTube Channel. “Star Wars: Forces of Destiny” are stories about strong female characters from the Star Wars Universe, with a theme of how each character’s decisions affect their destiny. This book is centered on Princess Leia and opens with her thinking about her role as a leader, trying to get the best of her tauntaun, and dealing with “help” from Han Solo. It appears to be in the hours before “The Empire Strikes Back” begins. Leia, Han and Hera are in the frozen landscape of Hoth, looking for a missing ship. The story shows the struggles of being in charge of something as big and important as the resistance, while having to do the small things it takes to actually accomplish the big things. The tauntaun becomes almost symbolic of how she needs to use her own mind to get what she needs from those around her. This was a fun read for a “Star Wars” fan from way back, but I think young readers would love it as well. And, they might unknowingly get a great message about self-reliance as well as how to be part of a team. Stories coming are based on Rey, Ahsoka, Padme, Hera and other women of “Star Wars.” 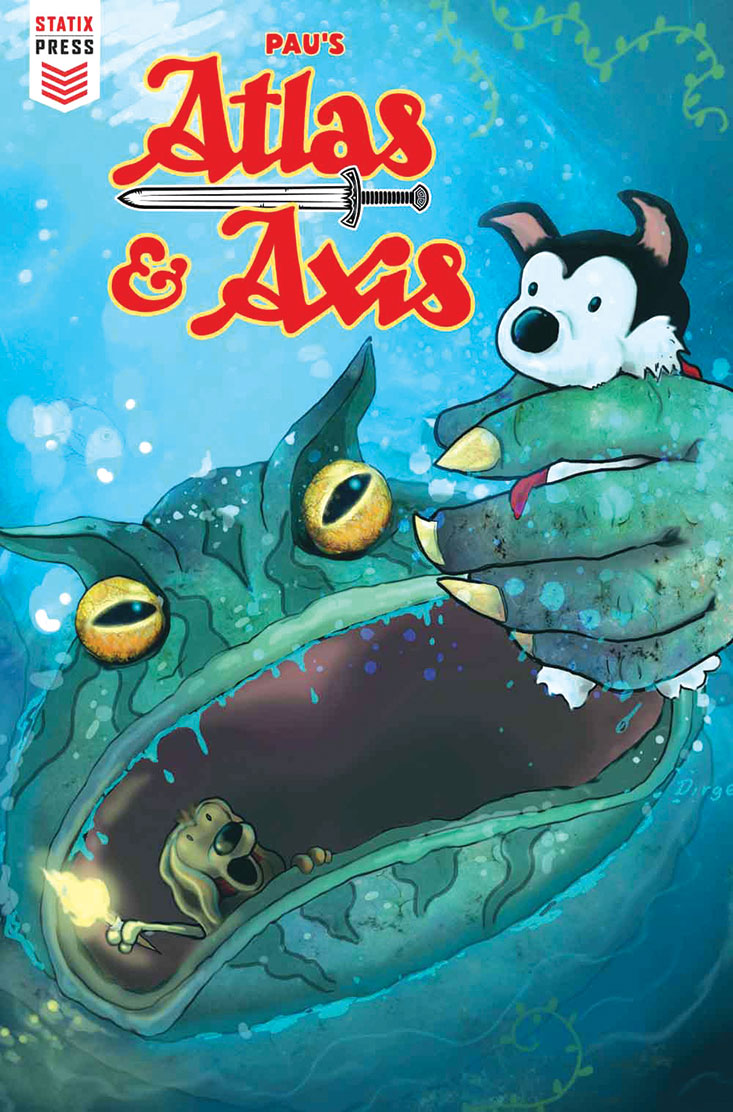 A lot of times we find ourselves empathizing more with animal characters than with human ones in stories. There’s a long line of cartoonists who have created super-emotional, powerful comics with few or no humans in them — “Bone,” “Pogo” and Don Rosa’s “Donald Duck.” Pau, a Spanish cartoonist, is part of that line of creators. Originally published in France, Pau’s “Atlas & Axis” has now been translated into English, printed by Titan Comics. Heavily influenced by other European comics such as “Tin-Tin” and “Asterix,” “Atlas & Axis” blurs the line between all-ages and serious fiction. The first issue tells the tale of two dogs searching for a group of Vikings who have murdered their family. Pau goes back and forth between the dogs behaving like humans (walking on two legs) and dogs (sniffing butts). Like any good Disney movie, it has just the right ratio of heartwarming moments, slapstick humor and sadness. The only complaint I have about this first issue is the ending. The books were originally published in graphic novels, but the English translations are splitting each novel into two comic books. Because of that, this first issue ends kind of arbitrarily. Other than that, it’s a great read, worthy of Stan Sakai’s (of “Usagi Yojimbo” fame) praise on the front cover. Pau has a Patreon page I’d recommend checking out to get a feel for his style, and if you like what you see, Atlas & Axis is a great starting point.