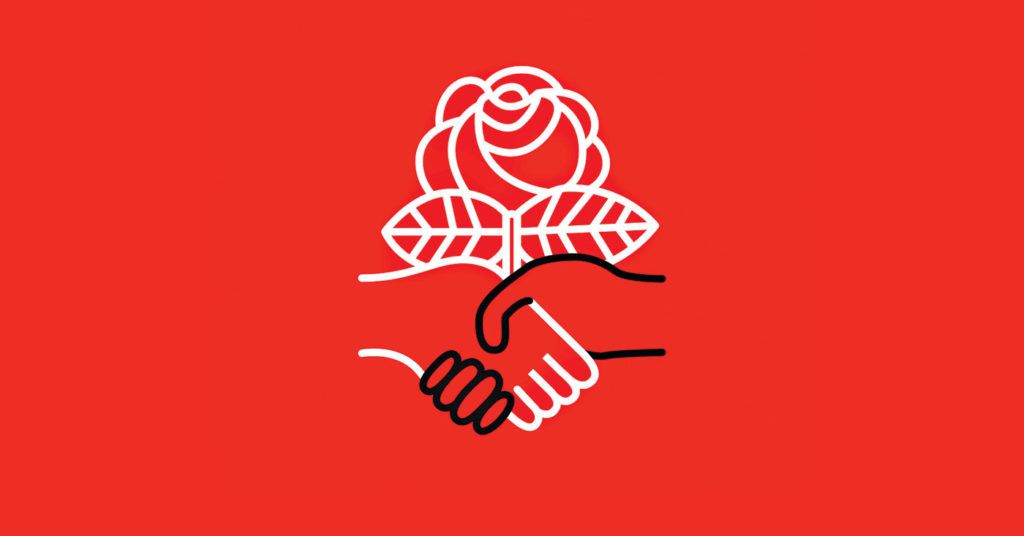 Facts, common decency and intelligent discourse were all casualties of the 2016 election. We also said goodbye to the idea that credentialed experts should shape policy. Anything perceived by the right as a threat to freedom had to go — societal safety nets, protections for the environment and the much-maligned concept of identity politics.

I was surprised by the scope of the bandwagon set on demolishing identity politics. The more Columbia Professor Mark Lilla jerked off on his keyboard about the dangers of identity politics — the more mainstream Democrats latched on to his ideas. It should scare us, how easily liberals embraced the idea that we ended up with Donald Trump because women, people of color and queer folks just can’t sit down and shut up. The Democratic Party claims it’s the logical place for us, but when things get tough, we’re the first ones tossed overboard. Never mind that we’re reacting to a system and legislation that specifically targets us.

Disillusioned but not disengaged, I started more actively seeking out groups that share my values — specifically, intersectionality and anti-capitalist values. I’d had my eye on the Democratic Socialists of America for awhile and decided to try out a meeting, with reservations. The problem with political groups that ultimately want a viable, third party (or Log Cabin Republicans, God bless) is that they tend to be largely male and unable to see the machinations of the world through any lens but their own. It’s easy for libertarians to believe individual liberty would be fully realized when the government has less power, despite the co-requisite blind belief that racism, sexism and homophobia play no role in a citizen’s ability to succeed. What a train wreck of failed logic, selfishness and fancy.

For this reason, I was there only to see if there was a place for me at the table and here is what I saw: When name tags were distributed, everyone was reminded to include their preferred pronouns. Later, a member announced a need for manpower at an event. In the same breath, he corrected, “…sorry, people-power,” and carried on. The stylebook I use in the classroom has a chapter on “avoiding sexist language,” and it’s always met with groans and laughter. But language matters, representation matters and this group takes both seriously.

Democratic Socialists, on the other hand, outline their values in their official prospectus: “We are socialists because we reject an international economic order sustained by private profit, alienated labor, race and gender discrimination, environmental destruction and brutality and violence in defense of the status quo. We are socialists because we share a vision of a humane international social order based both on democratic planning and market mechanisms to achieve equitable distribution of resources, meaningful work, a healthy environment, sustainable growth, gender and racial equality and non-oppressive relationships.” These are ideals so suited to women and queer folks that I can’t believe we aren’t flocking to DSA in droves.

Or are we? Between summer 2016 and 2017, national DSA membership quadrupled and the growth continues. Nationally, DSA members had 15 wins in the 2017 elections, and, earlier this year, Dissent magazine’s Maxine Phillips wrote that August’s biannual DSA convention was “as close as DSA has come to being [as] representative as the country. Even though the membership is still disproportionately white and male, there were more women and people of color than I’d ever seen at any DSA gathering.”

Amy Lee, active in the Louisville chapter, told me that “the space is majority cishet-men but the vast majority of them know how to make space for queer femme folks, or are at least trying really hard.” When I asked her about how “Bernie bros” fit into the DSA equation, she said they’re “a real thing, but that kind of toxic masculine behavior isn’t tolerated in this space. It happens, but it’s quickly addressed.”

DSA isn’t attracting a more representative demographic by accident. The DSA constitution requires that eight positions on the national leadership committee be reserved for women and that at least five positions be reserved for people of color. This step is an important and logical ingredient for an egalitarian organization, but I was even more impressed by what I saw at my second meeting. If you grew up in a conservative, fundamentalist church, you will understand my astonishment when the childcare was literally “manned” so that women who arrived with children could attend the meeting. When I asked Nick Conder, vice-chair of the Louisville chapter, about it, he explained that the leadership had asked women what they needed and childcare was the top need.

Conder hails from Grayson County, where the queer experience is vastly different from Louisville’s. Explaining his path to the DSA, he said, “Being queer in Kentucky radicalized me. The system is stacked against people like me and socialism offers a comprehensive approach to oppression. To be socialist is to talk about tangible ways oppression manifests.”

If you’ve developed an allergy to identity politics, you won’t want to participate in these discussions, but the DSA of Louisville is concerned with the machinations of capitalism and how it affects all people, so these discussions are inevitable. The agenda is based on the needs of the people: protect the vulnerable; push for a single-payer health care system; support workers’ rights and fair housing; offer bodies to support the work organizations such as KY Health Justice, Mijente and Black Lives Matter are doing.

I asked Lee what she wanted people to know about DSA and she said this: “Locally speaking at least, it’s a community … We’re radically open to criticism that is levied in good faith. We try not to navel-gaze too much, though it’s good to find a balance between establishing radical democracy, doing outreach and actually getting shit done. We fuck up but we keep moving. We love you. Come do good things with us. Or, if you’re already doing good things and need support, hit us up and we’ll back you.”