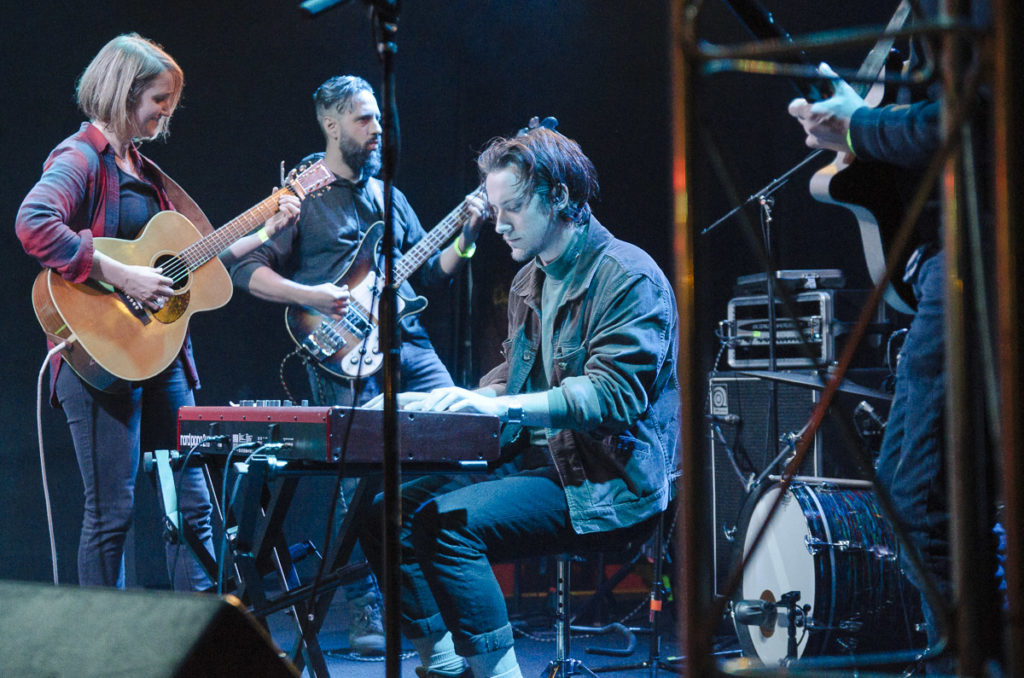 At 10 a.m. on Saturday,  25 Louisville musicians came together for the second-annual Rock Lottery. Divided randomly into five bands, musicians in each group had been tasked with writing three to four songs in just a few hours for a one-time performance at a crowded Headliners Music Hall on Saturday night. The results highlighted not only the specific skills of each member, but the amount of talent that the Louisville music scene holds. Here is a breakdown of each band from the show:

The Completely Indispensables came out with the widest sonic spectrum of the night. They pulled out plenty of guitar-filled jams supported by a saxophone and keyboards. Then, they ended up pivoting into dance-pop, with a cover of Cameo’s “Word Up.” The Completely Indispensables members were Patrick Hallahan (My Morning Jacket), Laura Quimby (Twenty First Century Fox), Kyle Peters (The Pass), Chris Rodahaffer (Roadie) and Graeme Gardiner (Curio Key Club, Houndmouth).

JFKFC leaned toward straight-forward punk. One of the smoothest bands that seemed to connect really well, they had the hardest spot, following everyone else, but it was a top way to end the night. JFKFC consisted of JC Dennison (Brenda, Exacta Cube), Cheyenne Mize (Maiden Radio, YAPA), Mark Charles Heidinger (Vandaveer), Jeremy Irvin (Second Story Man, Whistle Peak) and Danny Cash (Dirt One).