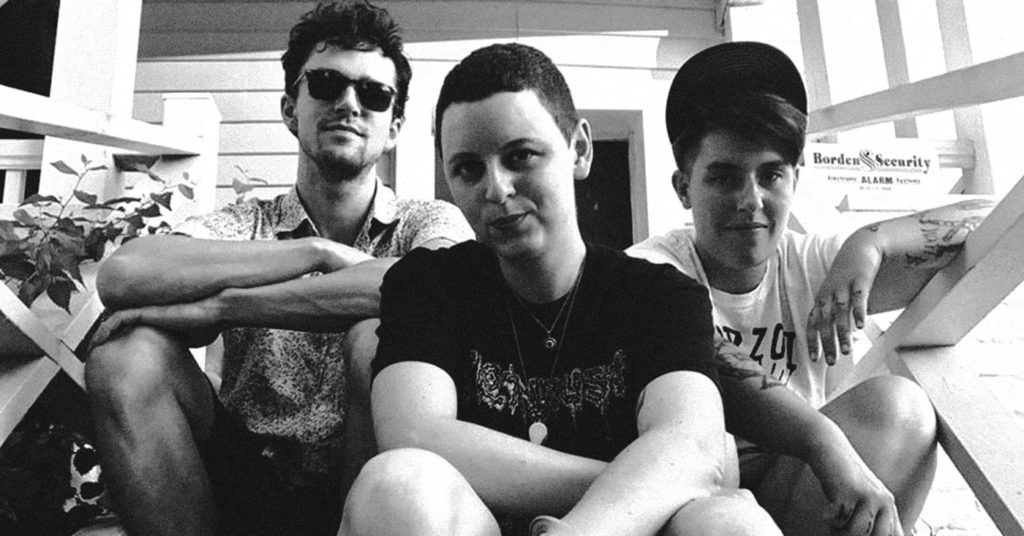 Rebecca Satellite, singer-guitarist of the doom-metal/post-punk trio A Deer A Horse, wrote one song on the band’s new EP, Backswimmer, about the Neflix documentary “Making A Murderer,” and another about Kurt Vonnegut’s book, “The Sirens of Titan.” Although one’s devastating true-crime, and the other’s a zany, satirical novel about existentialism, there’s a sharp parallel between the two — the central characters are trapped in situations that were manufactured by someone else, altering their entire lives.

“I’m sort of fascinated with the idea of fate and control,” Satellite said. “I think a lot of the songs, no matter what I do, end up circling around to that.”

“It’s mixture of all of our influences,” said drummer Dylan Teggart, who joined A Deer A Horse in 2015, four years after Satellite and bassist Angela Philips started the band. Teggart comes from a prog background, while Angela spent her formative years in punk and music that leaned toward the harder end of the spectrum. Satellite modeled her music off of experimental, Bowie-esque genre-jumpers, which is probably the catalyst for morphing closer to where her bandmates started.

“I was always trying to push it that way,” Philips said about the gripping, ominous music on Backswimmer. “The reason I wanted to work with Rebecca was because she is such a dark songwriter. Dark, complex — I loved her lyrics. She’s also a really interesting guitar player. And for me, I wanted it to go in a heavy direction and, when Dylan joined, it finally sort of went there. We didn’t know we were in search for that and then we found it.”

“I even told Angela at one point, ‘I’m not going to be in a heavy band and you have to deal with that,’” Satellite said, laughing. “I was completely not going there and now it’s my favorite stuff. Things change.”

A Deer A Horse performs at The Cure Lounge on Sunday, Feb. 4 with Bathroom Laws, GRLwood and Tramp. $5.