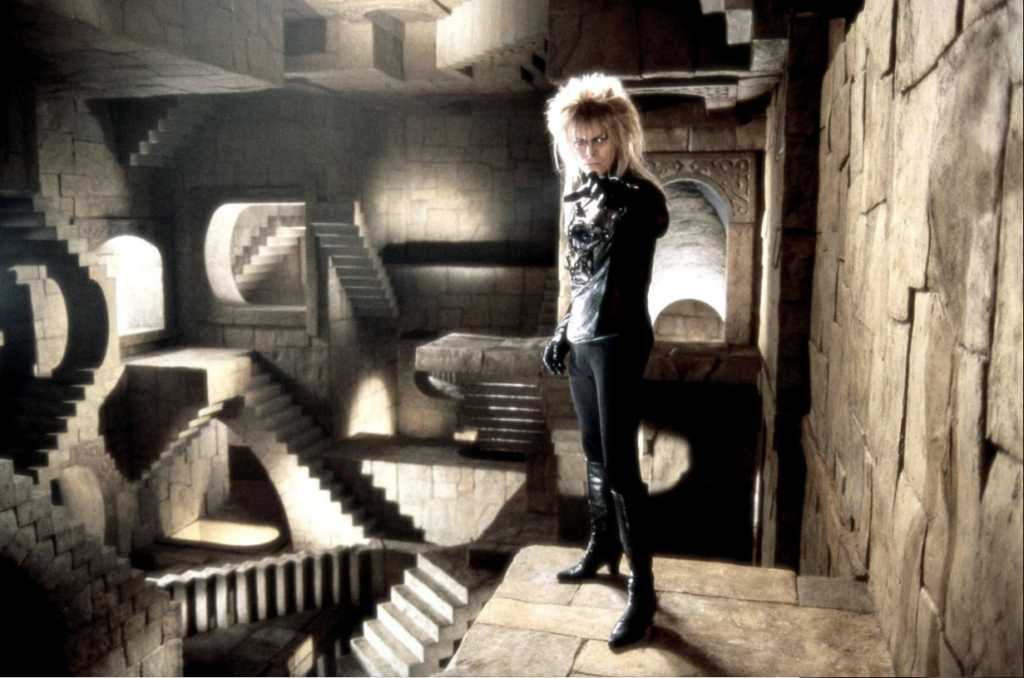 How America Lost Its Mind
Thomas Jefferson Unitarian Church
Free  |  7-9 p.m.
Do you read the news and think: “How the hell did things get this bad?” Well, this gathering aims to give you some clues. Led by John Busch, an associate professor of sociology at UofL, this discussion will examine The Atlantic article “Fantasyland: How America Went Haywire: A 500-Year History” by Kurt Andersen. The event is being hosted by the Humanists of Metro Louisville, but you don’t have to be a member to attend.

MasterFeast Theatre Winter Movie Series!
Feast BBQ
No cover  |  8 p.m.
I don’t know if you’ve noticed, but it has been cold AF outside! And what better way to warm up than with a strong drink, delicious food and a good movie. Feast BBQ is hosting a movie night Tuesday with specialty cocktails and bourbon slushies, loaded brisket chili tots and a screening of “Labyrinth.” The movie, directed by Jim Henson and starring David Bowie, features more creativity and puppets than you ever imagined could be contained in one film.

Euchre Night
Old Louisville Brewery
Free  |  5-8 p.m.
If you are like us, and don’t know what the hell euchre is, don’t worry, this game night comes complete with tutorials for newbies. Not to mention plenty of yummy brews, snacks and free popcorn! And it wouldn’t be a proper tournament without special prizes for the winner and runners-up. Bring extra playing cards if you have them, and sign-ups and tutorials begin at 5 p.m.

JP Wright and Railroad Music, ‘Who is Bozo Texino?’
Kaiju
No cover  |  8-11 p.m.
This event is part concert, part film screening. Watch as JP Wright sings a set of songs and tells stories from his 16 year career as a railroad worker and union organizer. At the same time, the Bill Daniels’ documentary “Who Is Bozo Texino?” will be playing. The film, which will continue to play after the show, chronicles the life of homeless train riders and tries to uncover the the source of a ubiquitous and mythic graffiti tag: “Bozo Texino.”

New Belgium Bingo
Nachbar
No cover  |  7:30-9:30 p.m.
New Belgium Brewing is taking over Nachbar this Thursday for a bingo night. Not only can you play bingo with a chance to win a pair of Tailspin Ale Fest tickets and New Belgium prizes, but there will also be plenty of New Belgium on tap: Juicy Haze NE IPA, Love Oscar Sour Ale, La Folie Sour Brown Ale and Fat White Tire Belgian Ale.

On The Bang, Faux Fiction, The Feedback
Mag Bar
$5  |  10 p.m.
Mag Bar is hosting a night of punk and pop music with performances by the post-punk band On The Bang, Milwaukee’s own power-pop fuzz band Faux Fiction and a punk band with a dash of new wave pop — The Feedback.

Smash Bros. Party/Competition! (Jan. 12–13)
DORK
$10  |  5 p.m.
DORK, the custom tattoo shop and creative space, is hosting its first ever “Super Smash Bros.” party and competition! Choose between playing “Super Smash Bros” on the Wii U or “Super Smash Bros. Melee” on the GameCube. Friday night’s gathering is purely for fun, while Saturday’s party will be more competitive. Bring your own controller and get a $5 discount on your entry fee. Players with the highest scores on Saturday will win prizes!