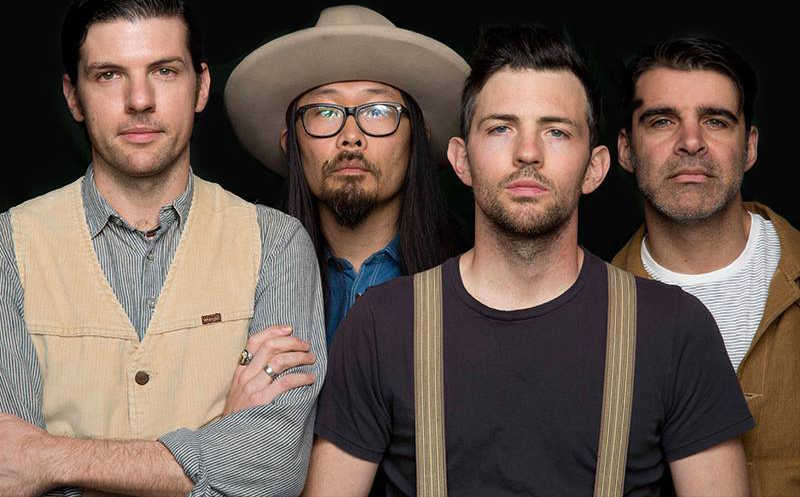 Sass, GRLwood, Bungalow Betty, Mosquito
The Cure Lounge
Thursday, Jan. 11
A night of pop-infused, punk-leaning indie rock by a range of bands that all craft addicting hooks, but also have an underlying edge that makes them each fall into the borderlands of several different genres.

Louisville Accord CD Release
Monnik Beer Co.
Thursday, Jan. 11
The Louisville Accord takes 20 local musicians and pairs them into duos — two people who have never written together, and usually fall into different genres. Each duo writes a song, and those 10 creations end up on a compilation album. This year’s listening/release party will be held at Monnik, where the first 250 tickets sold also receive a free CD. Some participants this year include Will Oldham, Variety Vice, Otis Junior and Lydia Burell.

Louisville Rock Lottery 2
Headliners
Saturday, Jan. 13
Twenty-five musicians become five bands at the beginning of the day, and then each of those newly-formed bands play three original songs at Headliners that night. It was one of my favorite events last year, and this year features Joan Shelley, Jecorey Arthur, Dave Bird, Evan Patterson and Laura Quimby.

The Avett Brothers
Louisville Palace
Thursday, Jan. 18-20
An Americana powerhouse formed by brothers Scott and Seth Avett, the band has been pumping out records since the early 2000s, first as a raw, bluegrass-leaning project, and later as a smooth, radio-friendly, meticulous folk project.

Margo Price
Headliners
Saturday, Jan. 20
If you’re a fan of alt-country music and you haven’t heard Margo Price yet, do yourself a favor and pick up All American Made. If you’ve already heard it, you’ve probably already bought your ticket.

Bully
Zanzabar
Sunday, Jan. 21
With a grunge heart, some manic post-punk scattered in for good measure, and lyrics/vocals that feel anthemic in the best way possible, Bully is one of those bands that is extremely  impactful and evolved, without being overcomplicated or trying too hard.

Quiet Hollers, Howell Dawdy, Jaxon Lee Swain
Headliners
Saturday, Jan. 27
A night of local music featuring a band, The Quiet Hollers, that navigates through a thick forest of genres that range from post-punk to Americana. Howell Dawdy, the satirical rapper/country artist/so on, makes brilliant music that will make you think and laugh, and a high-energy rock and roller in Jaxon Lee Swain.

Jack Harlow
Mercury Ballroom
Saturday, Jan. 27
An up-and-coming rapper that grabbed Louisville’s attention with a smooth style and a ton of charisma, Jack Harlow performs in his hometown to support a recently-released record.