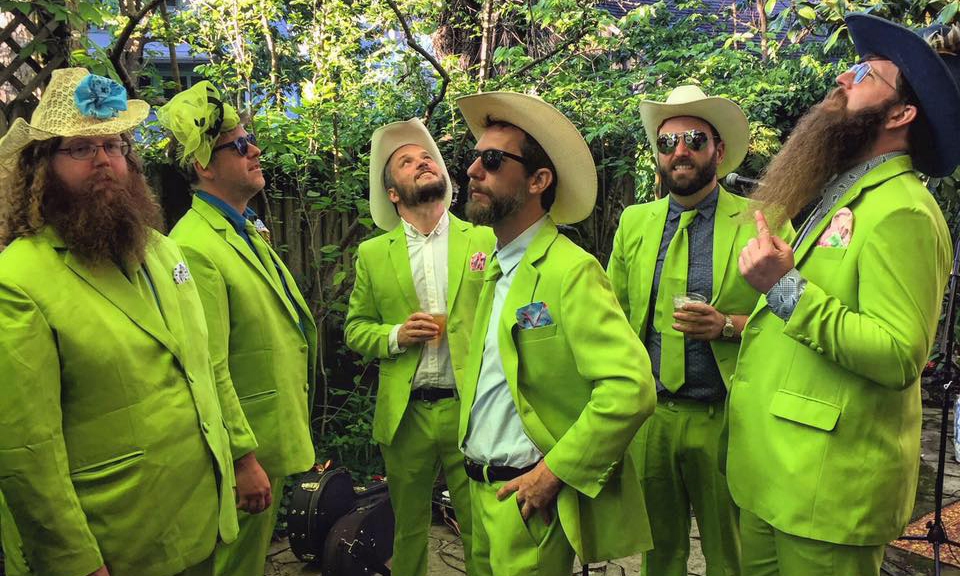 For those unfamiliar with Jordan Humbert and his band The Winger Brothers’ brand of good-time, country-fied music, “We Never Sang At All” can be quite deceptive. More known for their covers of ‘90s country hits and jocular originals of a similar vein, “We Never Sang At All” is a sparse dose of somber reflection, a subtle musical vehicle for contemplative lyrics and a lonesome croon. “It’s our only song that’s not about trucks or drinking,” Humbert said. “There’s nothing tongue-in-cheek in the song. Most of our songs, there’s no metaphor. Every other Winger Brothers song is like ‘I’m driving down the road in my pickup truck, my baby called me up, she wants to go on a ride.’”

The song’s indie Hank Williams Jr. meets Alan Jackson’s “Midnight In Montgomery” vibe does saddle up nicely within their set. Though it might come as a bit of a shock in the context of the rest of their music: “When we play it live people, all of a sudden, are like this doesn’t sound like a joke.”

Humbert was persistent that I was looking too hard at the song, parsing it for a deeper meaning that isn’t there. “The reason I wrote the song is because I needed to write a song to go to Nashville and do a recording,” he said. But I disagreed. The song resonates too deeply, beats with too much heart. Eventually he begrudgingly gave a meaning for the song. “I think it’s about being in a relationship,” he said. “That if it’s not working now, it’s never going to work.” This plain sentiment is hauntingly underscored by the song’s refrain: “It can’t be forever / If it’s not right now.”

According to Humbert, “We Never Sang At All” is one of unique happenstance: “My buddy Chad won this contest to go to Third Man Records [Nashville] on Record Store Day. He got to go record this song because Jack White just purchased the original lathe that they cut Elvis’ first record with, so Chad asked me if I wanted to go record. So I needed to write a song pretty quickly, knowing that we were gonna record it around one microphone.” Having a short time frame to write something has long been a goldmine for many talented musicians.

“I think I was trying to make it sound like one of those cool, folky, lo-fi songs; kind of like Bill Callahan or Simon Joyner or something,” Humbert said.