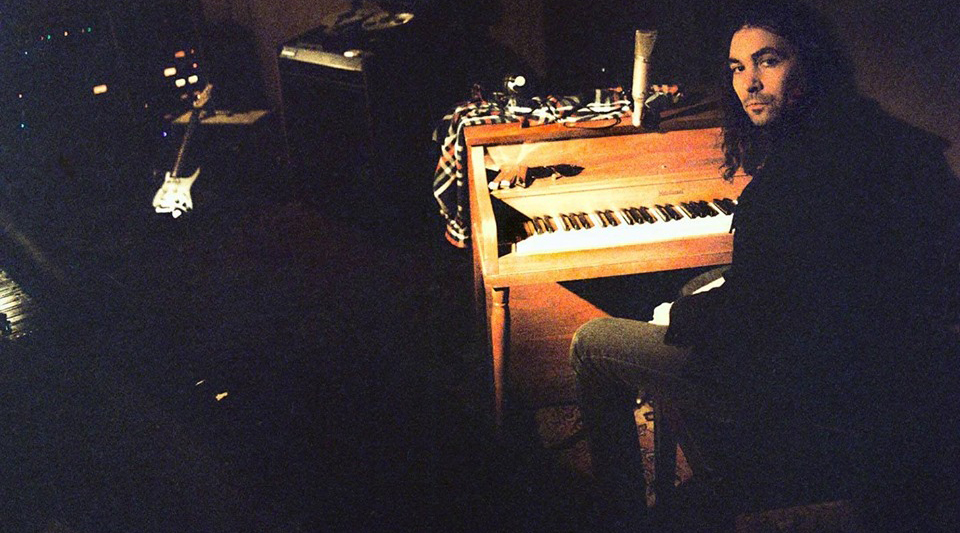 At the beginning of the decade, The War On Drugs were starting to make ripples, celebrated as an up-and-coming band to watch, and now, despite a winding road, they’re one of the biggest names in contemporary rock and roll. Started by Adam Granduciel and Kurt Vile, the band has always paired dense lyrics with mid-tempo explorations that mixed the ghosts of famous albums past with their vision of the future. But, a strange thing happened when Vile left the band — both The War On Drugs and Vile’s solo career both sprang forward significantly. There was no bad blood, no real winner from the split, just what seemed like a truly amicable departure that let both parties find what they were looking for. Before The War On Drugs plays The Brown Theatre on Wednesday, Dec. 20, we broke down a song from each of the band’s four full-length albums to route their career arc.

“Needle in Your Eye #16”
from Wagonwheel Blues (2008)
Folks forget that The War on Drugs came into this world as a sort of supergroup, the songwriting power duo of Adam Granduciel and Kurt Vile, who have become two of the most prolific voices in modern rock and roll. Both enjoyed distinct yet parallel career paths, achieving their final forms over this decade. Granduciel’s anthemic heartland stomp to Vile’s mercurial, stoney-baloney troubadour folk hero. Both acts, though, started out as a noisier approach to highway drivin’ fist pumpers via The War on Drugs’ 2008 debut Wagonwheel Blues, with “Needle in Your Eye #16” as the song best showcasing the promise. Clocking in at five minutes, “Needle in Your Eye #16” is propulsive and sweeping, anchored by the reverberated, mid-tempo windows-down mechanic rhythm that Granduciel would revisit on “Your Love is Calling My Name,” “Come to the City,” and “An Ocean in Between the Waves.” As the band had not gone full Dire Straits/Tunnel of Love-era Boss with major label scratch and slick studio production, the song is a more punk interpretation of an arena-ready anthem — soaring choruses caked in lo-fi DIY scuzz with a simple, repetitive, fuzzed-out organ line that resembles experimental Stereolab and krautrock. It’s an epic song, performed freewheelin’ with warts and all, restrained by tape noise. And while the band progressed with better songs and more developed sonic textures over the next four records (Slave Ambient being their best in this writer’s humble opinion), Wagonwheel Blues is still their most interesting record, amalgamating the diametrically opposed genres of punk and classic rock within a thoroughly enjoyable document preserving the whims of two talented, burgeoning songwriters.—Michael C. Powell

“Baby Missiles”
from Slave Ambient (2011)
Though Kurt Vile was still helping out on The War On Drugs’ second LP, Slave Ambient, this is really the album that Adam Granduciel became the focus and true leader. It’s also the record that gave them their break, thanks in large part to “Baby Missiles.” It was incredibly well-timed since Bruce Springsteen was all the rage in the indie rock world around that time, heard in everyone from Arcade Fire to The Killers, and the beat and chords are unmistakably in Boss territory, so much that you’re already anticipating the “ooh-ooh’s” that Bruce does so well when Granduciel sings them halfway through. It’s impossible not to think of the “Dancing In the Dark” video when this song plays. But while there may be plenty of tribute happening within, there are also strong hints at what’s to come from this band. The synth has that dream-like quality and Adam’s vocals echo the same with the effects that are placed on them. Now, when I hear the line “He was alive on the new machine,” it feels like a prophecy, or maybe instructions for the future of the band as they began to carve their way into one of the more celebrated acts of our time.—Kyle Meredith

“Under The Pressure”
from Lost In The Dream (2014)
On the album that skyrocketed them to indie royalty, “Under The Pressure” is a song that perfectly weaves together the essence of how founder Adam Granduciel managed to successfully amalgamize so many influences, while concurrently moving into his own definitive territory. He Frankensteined the summer-cool melodies of Don Henley, the starry-eyed romance of Born In The USA-era Springsteen, the beautiful simplicity of Tom Petty and the magical vocal lilt of Bob Dylan into one cohesive, melancholy, yet feel-good song. A dreamy, nine-minute opening track, “Under The Pressure” seems like an announcement from Granduciel that he found the sonic territory he’s been working toward. —Tyrel Kessinger

“Thinking of a Place”
from A Deeper Understanding (2017)
It was a long and winding road that led to “Thinking of a Place,” the seventh track from A Deeper Understanding. Singer/guitarist Adam Granduciel and company take their time, working at a moderate, mid-tempo pace to tell a story that tries to capture a moment, a finite minute in time and space centered around love and joy. There is a lightness to the music that is never banal or clichéd, informed by a world-weariness. Granduciel longs for that place, a celebrated moment of intimacy and singularity between two people in love. In “Portrait of the Artist as a Young Man,” James Joyce uses tedium as a rhetorical conceit to communicate the ennui of day-to-day life, the slog that we all experience. As juxtaposed against the long and meandering path of the song, Granduciel uses a comparable tactic, employing repetition to convey the passage of that time and place, an island that can never really be revisited, save by memory. The warmth of the music adds that extra layer of comfort, those quiet moments lost to time, a pensive meditation on aging.—Syd Bishop