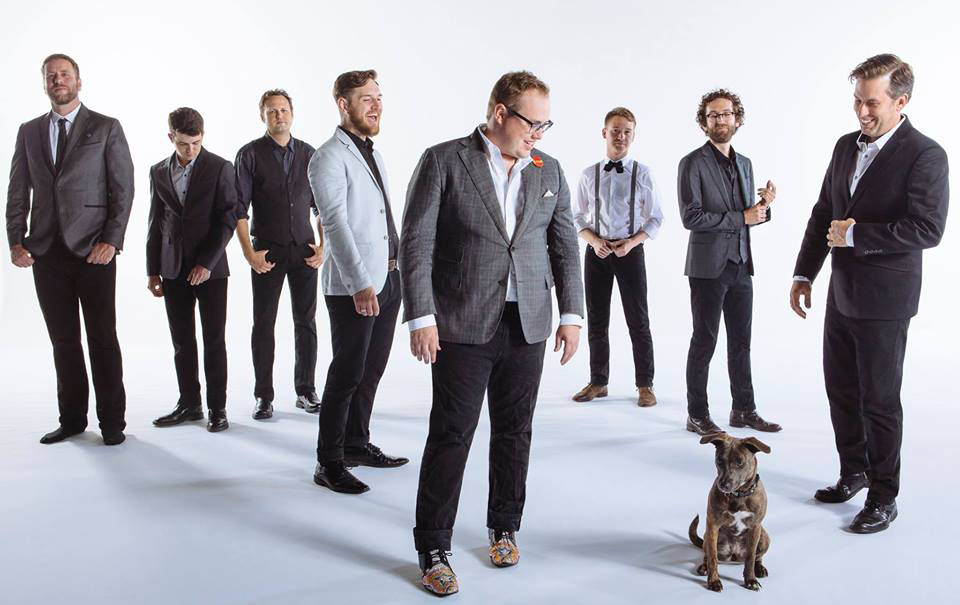 Lucky for us, Birmingham-based R&B collective St. Paul & the Broken Bones is always delivering the unexpected, which explains why they would be visiting a city like ours for a second time on the same tour. That’s right, later this week Paul Janeway and company will bring their explosive, brass-heavy show back to town for a special New Year’s Eve performance at the Louisville Palace. In preparation for that big event, we caught up with the ensemble’s energetic frontman by phone to discuss politics, the next album and the perils of drum risers.

LEO: You guys bring the party whenever you play, so what does a New Year’s Eve concert look like for St. Paul & the Broken Bones?
Paul Janeway: People in the crowd are typically a little more drunk [Laughter]. There’s that component. Plus, we do a longer set than we would at a normal show. And we’ve been known to throw some righteous covers into the mix. I think one year we came out and played Otis Redding songs exclusively, all night long. I’m just gonna say, it’s likely to get a little crazy, whatever we do. But, it will be a whole lot of fun. I can promise you that.

How did you figure out that you could fit underneath a drum riser?
[Laughter] Well, I can’t fit under all of them, just so you know. But, I guess when people tell you that certain things are off limits, it makes you want to explore them even more. That’s my mentality, anyway. The best part is that when I tried that stunt in Norway, I disappeared below the stage, and then I couldn’t get myself back out. No joke, I was stuck down there, and I was, quite frankly, scared to death. It went on for what felt like an eternity. To make matters worse, as I was flailing around, I inadvertently knocked the power out for the entire stage. Basically, no amps, mics or lights were working, and the singer — yours truly — was missing in action, trapped somewhere beneath the drum riser. How’s that for a showstopper?! I’m not going to lie, I have a tendency to put myself in situations that are difficult to get out of. That time it took a full seven minutes to get everything working again once I was rescued.

Is it true that you were at least partially responsible for the recent non-election of Roy Moore.
Ha! I don’t know that we really had anything much to do with that. But, it was a great honor to get to help Doug Jones by stumping for him and performing at one of his big rallies. It was kind of cool, too, because he was wise enough to know that having Hollywood elites come in to campaign for him would have actually hurt his efforts down here. By contrast, people like us and Jason Isbell, who are locally known, were hopefully able to do some good. And, obviously, now that Jones will be serving as a U.S. senator, he’s gonna owe the band big time, you know? [Laughter] In all seriousness, I’ve been a registered Democrat my entire adult life, and I’ve become accustomed to being on the losing end in Alabama elections. But Roy Moore is such a clown, and Doug Jones is such a genuine guy, that it is especially sweet to come out with a win in this instance.

You’re still ostensibly touring in support of Sea of Noise, but sessions for the next album are already in progress, right?
Yeah. I just don’t like the thought of stopping, or even slowing down. Maybe someday I will want to take a break, but I’m not there yet. We did do some preliminary recording out in L.A. to sort of see where the new songs were headed, and I think that folks are going to be somewhat surprised by our new direction. Let’s just say that, stylistically speaking, Prince looms large in all of this. Fortunately, with modern technology, we’ve also been able to work a lot since then from home, at least on fleshing out our demos. We’ll probably get down to business for real sometime in January and then the next album should be in stores no later than the summer.

91.9 WFPK presents St. Paul & the Broken Bones with special guests, the War and Treaty, Sunday, Dec. 31, at the Louisville Palace. This NYE celebration gets underway at 9 p.m. For ticket information and show details visit louisvillepalace.com.