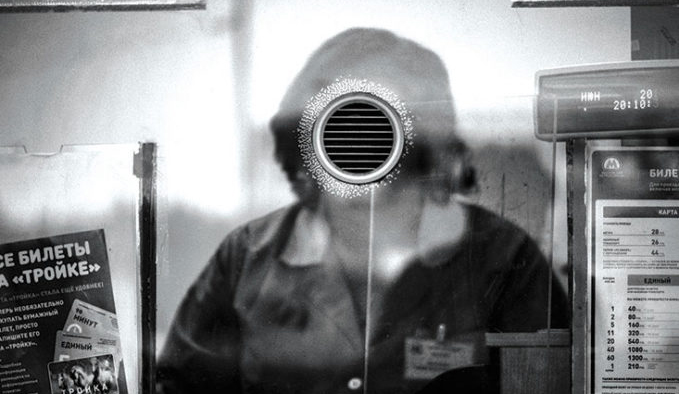 It’s phenomenally difficult to wrap your arms around the changes in Russia since the 1980s. The breaking down of social and even literal barriers seemed lightning swift after the arrival of perestroika. But subsequent decades have wended their way to annexation of Crimea, a new age of fear for dissidents and audacious virtual tentacles reaching into American democracy. Journalist and author Masha Gessen has kept close watch, delivering nine books including a Vladimir Putin biography. Gessen will be at The Kentucky Center (interviewed by CNN’s Clarissa Ward) in the wake of winning the nonfiction National Book Award for “The Future Is History: How Totalitarianism Reclaimed Russia.”

This book is thick and demanding — and amply rewarding. The general structure follows multiple families and individuals through daily life and dramatic incidents, much like the epics of Russian novelists such as Tolstoy. Some of Gessen’s subjects are on the periphery of public notice: Zhanna’s father Boris Nemtsov died in a prominent 2015 assassination; Dugin’s writings find favor among Putin’s circle. But Gessen also casts her sharp eye across the breadth of the Russian people, to show “the story of freedom that was not embraced and democracy that was not desired.”

LEO: When you structured this book like a sweeping Russian novel, did you expect it would change your readership?

Masha Gessen: I didn’t — and I don’t think that’s what changed the profile of the book. It just happened to land at a very peculiar historical moment. When we talk about great works of fiction, we talk about them being bigger than the story of a particular love, or a particular family or period. With nonfiction it’s different — more a question of context. But there are times when stories of particular countries become clearly universal — I’ve been writing about Russia for a very long time, but I don’t think that Russia has been quite so resonant before.

Have you noticed a particular common hole in Americans’ knowledge of Russia? A misconception that you see over and over?

Whether you think that Russia is an irrelevant regional power, or you think that Putin is the mastermind who’s elected Donald Trump, created Brexit and whatever else he’s done — that’s too simple. As much as it might be an incredibly appealing crutch for understanding.

Do you think that the future of Putin depends on Donald Trump’s success as president?

Not at all. I don’t actually think President Putin is particularly enjoying having Donald Trump as his interlocuter. He certainly wasn’t looking forward to the possibility of [President] Hillary Clinton because she’s tough on Russia and because she’s a woman. But she would’ve been consistent and he could’ve continued his role as the madman on the international stage. We’ve seen both presidents flailing. I think that Trump is genuinely unpredictable. He has broad passions and interests, but … I think the only thing you can predict is that he’ll be erratic. That is a major cause of why Russian-American relations are at their lowest point since World War II.