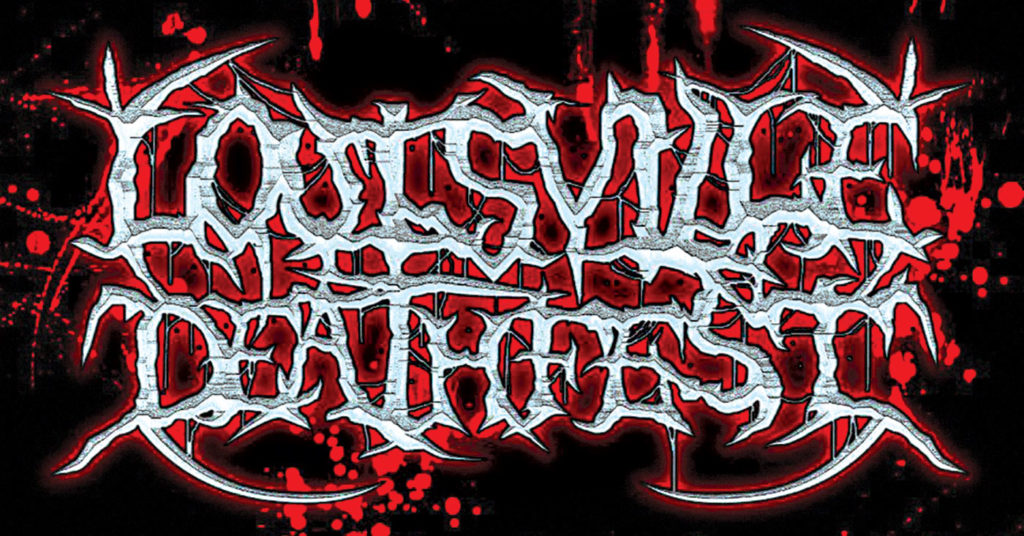 The Louisville Deathfest has been accused of failing to pay bands and chaotic mismanagement of the festival in September, followed by posts of transphobic comments on the event’s Facebook page this month.

As first reported by the Brooklyn-based website MetalSucks, which obtained screen shots of the comments before they were deleted, the Louisville Deathfest Facebook page posted: “Stagecoach Inferno should play this year with an exclusive set under the name ‘My Twin Sister Used to be My Twin Brother.’” The remark was aimed at the band’s former vocalist Lauren Ray because of her status as a trans person.

In that same thread, Louisville Deathfest also commented: “Winter Sherman was injected with autism, that’s why ‘it’s’ transgender,” which was directed at the drummer of the Kentucky metal band Last Question.

Festival founder and organizer A.J. Lucas  claims the posts were not his, that he no longer operates the Facebook page and is working to get the bands paid.

“I sold the page to what appeared to be a fake Facebook account for a very small amount, as I needed that money for food. Considering it was an obvious fake profile, I honestly don’t know who it is or what their intentions were when handing it over to them. I am not associated with, nor support any posts that have come from the Louisville Deathfest page since my public apology,” Lucas said.

In an interview with LEO, Ray said she felt obligated to speak out about the comments, first with MetalSucks. “When these comments were said, I felt a requirement and obligation to say something, because I’m not just speaking up for myself in this case, I’m speaking up for millions of trans people in this country and worldwide,” Ray said, adding that she felt removal of the comment was not enough. “You could say that the problem was resolved, but it just wasn’t. The public needs to know that these things aren’t okay and things like this, small things, micro-agressions have vast consequences to transgender, non-conforming people.”

Ray said that this was the first hateful comment she has received since her transition, and the metal community has been supportive, including after she spoke out against the posts.

“The support I’ve had from it, I think it’s shown not just me, but it’s shown a lot of people, a lot of trans people, that may not of realized it, that they have community, because there’s been an outcry of this is not OK and you are welcome here,” Ray said.

A few days after LEO spoke to Ray, the Louisville Deathfest’s Facebook page made another post about her, and one about the co-founder/co-editor-in-chief of MetalSucks, Axl Rosenberg:

“Axl Rosenberg let’s settle this once and for all. A good ole fashion brawl, a sanctioned boxing or mma match. Your choice, but we both have to donate half our winnings to charity. Mine will go to the Trump foundation and you can put yours towards Lauren’s cock lopping.”

After these comments, people started a GoFundMe page for Ray’s gender confirmation surgery.

The festival, an annual event that draws metal bands from across the country and a few from outside the U.S., was held this year on Friday, Sept. 29 and Saturday, Sept. 30 at Union Station Music Hall, where it was moved after being initially booked at The Cure Lounge. Multiple bands claimed that they were not paid what they were promised, and that Lucas left before day one of the festival ended and didn’t show up to the second day.

Lucas told LEO that he didn’t attend the second day because he had a “personal emergency” and, that although bands are owed money, “each band [was] paid at least 50 percent of what was owed to them,” and he’s working on paying each band in full.

Five bands have confirmed with LEO that they are owed money, including one that says it hasn’t been paid anything.

“All I can say is the fest wasn’t run very well and feel A.J. needs to realize that and also come to terms with what he did,” said David Gregor, guitarist/vocalist for Milwaukee’s Morta Skuld, who said they are owed $125. “He is young guy and feel he got in over his head. We weren’t happy with what happened and felt bad for the other bands as well.”

Zachary Ezrin from the New York City band Imperial Triumphant said he confronted Lucas in the parking lot about payment on Friday night. “Right after he paid us, he literally ran away, leaving his car in the parking lot,” Ezrin said.

The second day of the festival was in jeopardy of not happening. Cryptic Hymn drummer Christopher Smith said he drove to Lucas’ house on Saturday morning to acquire enough money to cover that day’s venue booking fee, so the event wouldn’t have to be canceled. “Around 11 or midnight [of the first day], it had become clear A.J. was no longer on the premises, albeit his car still parked in the same spot and had already collected the door money, which only totaled $300, $200 short of the venue costs and doesn’t even begin to address the guarantees for a plethora of the 30 bands on the bill, some of which were from as far out as Switzerland and Canada,” said Smith.

Nashville-based promoter Kayla Nicole Pugh stepped in to run logistics during the turmoil.

“Day two was extremely stressful,” Pugh said. “I showed up to the venue a couple of hours early and had a powwow with all of the bands. I told everyone what I knew at that point and gave them all the option to opt out. Because I am a promoter in Nashville, I had worked with most of the day two bands already. That made it much easier for myself and the bands because they knew me, and knew that I was trustworthy.”

The second day of the festival was changed from a ticketed event to a free one, and several people stepped in to make sure the event continued, but the damage was already done and bands left without being fully paid.

It is unclear whether the festival will happen in 2018.