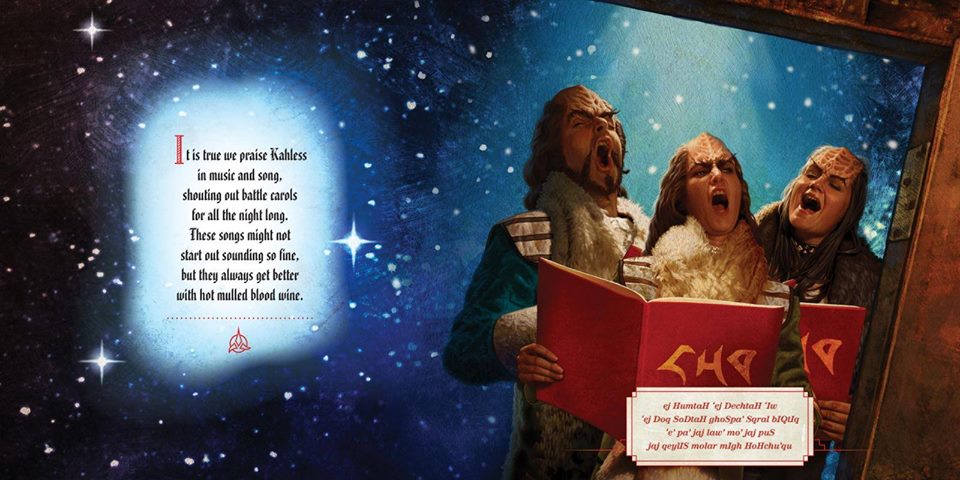 Introduced as an antagonistic race of aliens on “Star Trek: The Original Series” in 1966, the Klingons have a long and storied cultural evolution. A placeholder for the enemy of the day, the Klingons came to be portrayed as beholden to honor, an often nebulous and personally-interpreted feature of their society. With the introduction of the character Worf on “Star Trek: The Next Generation,” the Klingons were given room for nuance.

“What’s funny is that we got our first playing gig at the Indianapolis children’s museum, before we had any songs or our costumes,” said cellist Jon Silpayamanant of The il Troubadore Klingon Music Project, which was started as an offshoot of il Troubadore, a chamber orchestra with roots in Louisville and Indianapolis. “In two months we had to learn to speak Klingon and sing in tune, and make our costumes. I’ve been wanting to do it for years, actually.”

The Klingon language, istlhIngan Hol, has few fluent speakers, but a robust community exists. Silpayamanant admitted, “I’m not fully fluent in it yet. It’s a new language, and a difficult language to speak. It takes a lot of effort and a lot of work.” But the crew has the language down well enough to celebrate Kahless, getting into the spirit with the Klingon Christmas Carol, which is the story of SQuja’, a morality play that mirrors Dickens’ tropes, to teach the Scrooge character the value of honor.

“Klingons are obviously not very capitalistic,” Silpayamanant said. “In this current climate, they would consider us more Ferengi; they would probably hate it.”