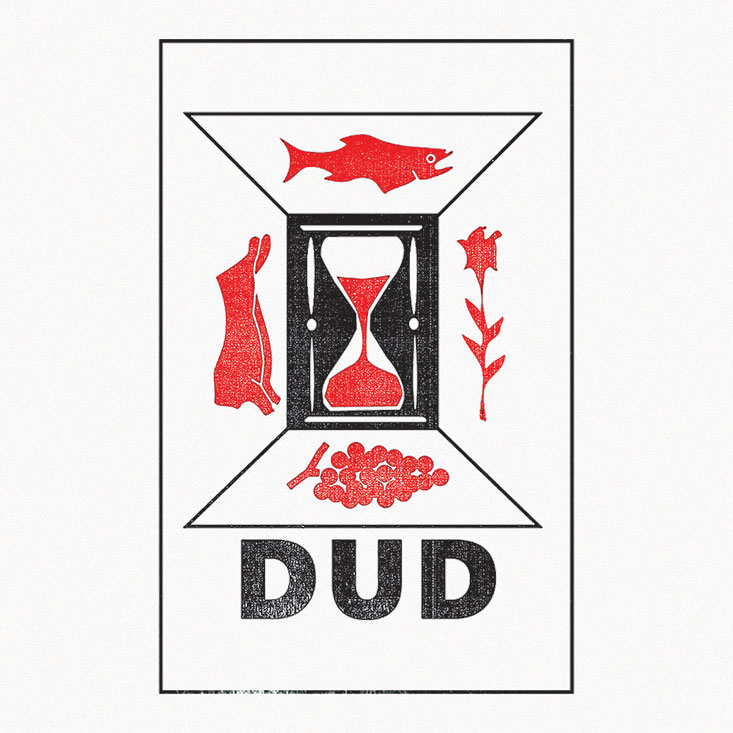 A solo project by Scuzz Master guitarist Danny O’Connell, Dud plays thoughtful and infectious fuzzed-out garage-punk. There is a desperation to the music, not through urgent vocals or blazing guitar licks, but in the simple and easy presentation of the music.

“I try not to reinvent the wheel too much,” O’Connell said. “I’ve been in other bands where we’ve focused on being heavy or intense, and with Dud, I’m just trying to focus on songwriting. Everything’s been done before. I’m just going to accept that everything has been done. Focus less on being original, and more on just writing something that’s going to get stuck in your head.”

Recording on a Tascam 4-Track, O’Connell built each song with the aid of a drum machine, calling in friends for support, which resulted in this month’s debut release Temple Of The Dud, which clocks in at a short seven songs, with a lot of ideas crammed into a neat package.

“I’ve always liked recording, but in the past I always felt like I was on someone else’s time,” O’Connell said. “For this, it was about just putting it out there on my own terms. It doesn’t matter how good something sounds. If anything, I’ve been inspired by lo-fi recordings.”

Temple of The Dud is a hook-heavy meditation on pop music, filtered through layers of thick distortion, and O’Connell’s creamy vocals. There are moments of unmitigated anthemic glory and fist pumping grunge bliss outs that make you want to rock your flannel and give in to your slacker impulses.

“I hardly feel like I’m writing the songs,” O’Connell said. “I try not to put any forced element into it.”

You can currently stream Temple Of The Dud right now on Bandcamp.