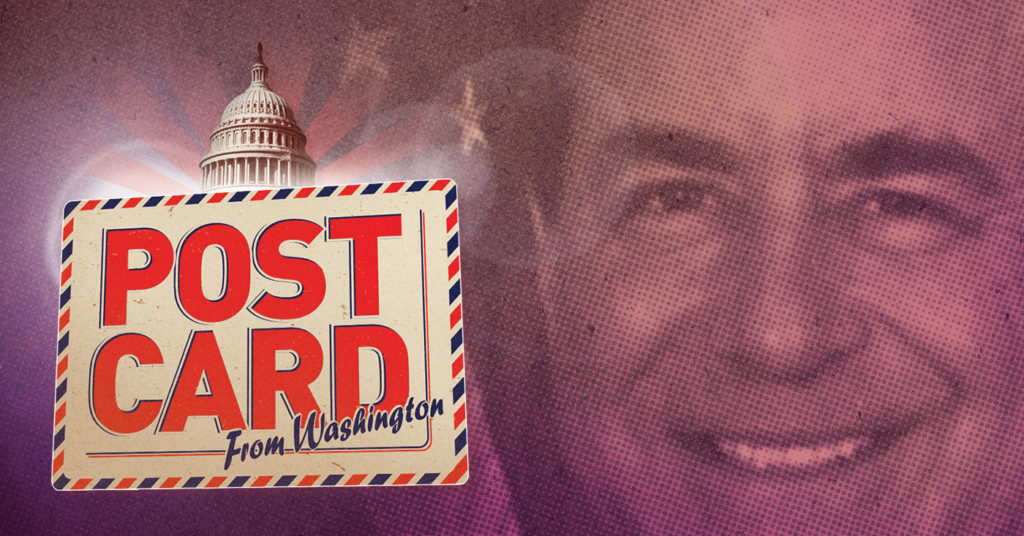 When I have spoken publicly in the past year, I have used a standard line: “The only people doing well in Washington these days are the chiropractors, because everyone has sore necks from shaking their heads in disbelief at what’s going on.”

And I’m not alone.

The president obviously has been nibbling at the brains of congressional Republicans, and last week’s tax bill horror show is undeniable proof.

I could spend days discussing the misguided, and, in multiple cases shameful, policy provisions that were adopted by the Senate at about 2 a.m. Saturday morning, some of which were drafted on the fly in illegible handwriting in the margins of the printed legislation. (One of those has been estimated to add $32 billion to the cost of the legislation.) This is a bill that changes tax policy affecting more than $5 trillion. It is a bill that will add about $1.5 trillion to the national debt over the next 10 years, giving huge tax cuts to corporations and the wealthiest Americans, while giving small breaks to middle- and lower-income earners for a few years, and then raising their taxes.

My larger frustrations, however, involve the motivations of Republicans and the dishonest arguments they have made to defend their irresponsible and unprecedented legislative malfeasance.

It is obvious to anyone paying attention that the congressional Republican majority is desperate to show it can use its complete control of the federal government to do something consequential. Many of them have said as much, rueing that their donors have threatened to cut them off if they couldn’t deliver tax reform, after failing to repeal the Affordable Care Act. They are looking at dismal prospects in the 2018 midterm elections, with little to show for their year in charge of the government.

So the strategy of Republicans seems to be to pass anything, and do it quickly, so the public doesn’t have time to calculate the impact of the bill on their bank accounts. Christmas apparently is the deadline they have set for themselves, even though there is no legitimate policy justification for considering such complicated legislation with this degree of haste.

Republicans push back by claiming that Democrats did the same thing in passing the Affordable Care Act. This is demonstrably false. I should know; I was there.

There were precisely no public hearings in the House or Senate on the GOP tax bills. There were more than 80 on the Affordable Care Act.

Republicans claim Democrats froze them out of the drafting of the ACA, just like they did to Dems on taxes.

Democrats held hours and hours of amendment sessions, accepting more than 100 Republican amendments in a futile effort to get even one Republican vote. I remember one members-only meeting of the Ways and Means Committee, on which I sat, in which we asked the Republicans, “Is there any way we can draft a health care reform bill that any of you can support.” The answer was an unconditional: “No.”

Finally, Republicans make the point that we also used a special procedure, called reconciliation, to be able to pass the bill in the Senate with a simple majority rather than the customary 60 votes. True, but with one major difference: the ACA legislation was “scored” by the Congressional Budget Office to actually reduce the national debt over the first 10 years by about $200 billion, and roughly $1 trillion in the second 10 years. The tax bill will add at least $1 trillion to the debt.

The Democratic Congress spent 14 months drafting, debating and passing the Affordable Care Act. The Republican tax bills emerged and came to votes in a matter of weeks.

And last but not least, Democrats were accused of not having read the Affordable Care Act before we voted on it. I assume that was true of many of our members, but I would argue that virtually no Republicans read their bill before voting, because they were changing it on the floor, and the last printed draft was only made available a couple hours before the floor consideration began.

Polls show the American people are highly skeptical. The Republican tax proposal is less popular than any major legislation in polling history. And there are still differences between the House and Senate bills that may prove fatal to the ultimate enactment of their dream bill. But if the Republicans are able to foist this scam on the American people, the people chanting “Ho, Ho, Ho” on Christmas will be Fortune 500 executives, not Tiny Tim and the Cratchits. •