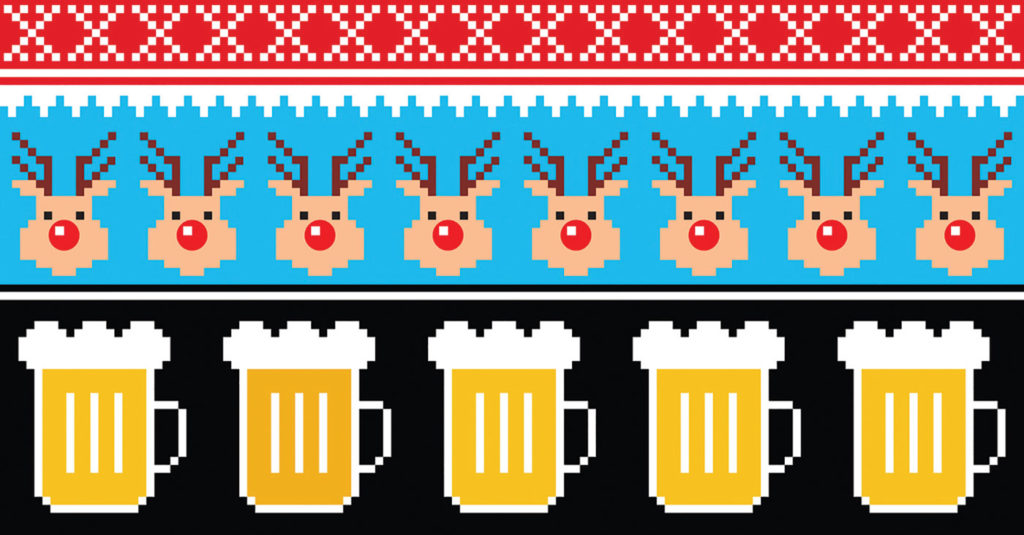 New Wave Burritos Third Anniversary Party!
Nachbar
No cover  |  8 p.m.-4 a.m.
New Wave Burritos is celebrating three years of slinging goodness all over town, and you can show your appreciation by partying with them! As the Facebook event page puts it, what better way to celebrate this anniversary than with “tunes, beers, prizes, champagne, grub, pleasant company and suchlike.” Live music will be provided by Night Visions DJs, and grub will be provided by a free, “walking taco bar,” which according to Nate Sturdevant is when you take “bags of Fritos to which you add taco fixins’.”

Monday Madness – ‘Galaga’
Holsopple Brewing
No cover  |  6:30-9 p.m.
Is “Galaga” your go-to arcade game? Well now you can turn those hours spent playing it into something productive — winning a growler of beer. Holsopple Brewing is holding a “Galaga” challenge, with the holder of the highest score crowned winner and given a full growler of Holsopple beer on the brewmaster’s tab.

RedEdge Realty Highlands ‘Louisville Live’ Happy Hour
Waylon’s Feed & Firewater
No cover  |  6-7 p.m.
Drink a few brews or cocktails at this happy hour, and support a good cause, it’s that simple. The cause is Butterfly Backpacks, a nonprofit that provides much needed necessities to local homeless shelters. And according to the Facebook event page, it also helps “underprivileged children wake up with something to open on Christmas morning.” If you’re feeling extra charitable, bring kid-sized gloves or a toboggan to donate and receive a chance at a $50 gift card.

The Spins! — Miles Davis’ ‘Sorcerer’
Against The Grain Brewery
No cover  |  7-9 p.m.
The Miles Davis album “Sorcerer” takes center stage at this listening party. Enjoy the sounds of this classic jazz album with a few brews from Against the Grain, and also put yourself in a raffle to win a special pressing of the album by Vinyl Me, Please. And if that wasn’t enough, Clay Baker will also be hosting trivia.

LFPL Books & Brews Pop-Up
Mile Wide Beer Co.
No cover  |  5-7 p.m.
You wouldn’t think drinking and reading go well together, but Louisville Free Public Library has found a way to make it work. Show up to Mile Wide Beer Co. this Friday, get a library card and sign up for the adult winter reading program “Books and Brews 502.” By reading books and attending programs at participating bars throughout December and February, you earn points towards winning weekly prizes that include gift cards to local shops and eateries, tickets to shows and more!

Ugly Sweater Party
Howl at the Moon Louisville
No cover with ugly sweater  |  7 p.m.-2 a.m.
Wear the ugliest sweater you own and get free admission to this party, with a chance to win a $50 gift card. It doesn’t get much better than that. Howl at the Moon will also have drink specials, live music and giveaways!

Mosquito “Bigsquatch” release with Tall Squares, Cousins, Kids Born Wrong
Kaiju
Free  |  9 p.m.-1 a.m.
Mosquito is a post-progressive power pop band from Louisville that, according to their Facebook page, is influenced equally by Korn and Destiny’s Child. If that sounds like music you need to experience, then join the band for this album release show. Playing alongside Mosquito will be the indie, slacker rock band Tall Squares, noise blues horror destruction band The Kids Born Wrong and Louisville rockers Cousins.

Goodwood Rockin’ Christmas
Goodwood Brewing Co.
No cover  |  8-11:30 p.m.
The good people of Goodwood Brewing are rockin’ out this Christmas, and they want you to join in on the fun. This Christmas party feature the release of Goodwood’s new holiday beer — a chocolate chestnut milk stout titled “Shoot Your Eye Out Stout.” Live music will be provided by the George Orwell-inspired rock band Proles, and eats will be served by River Road BBQ.