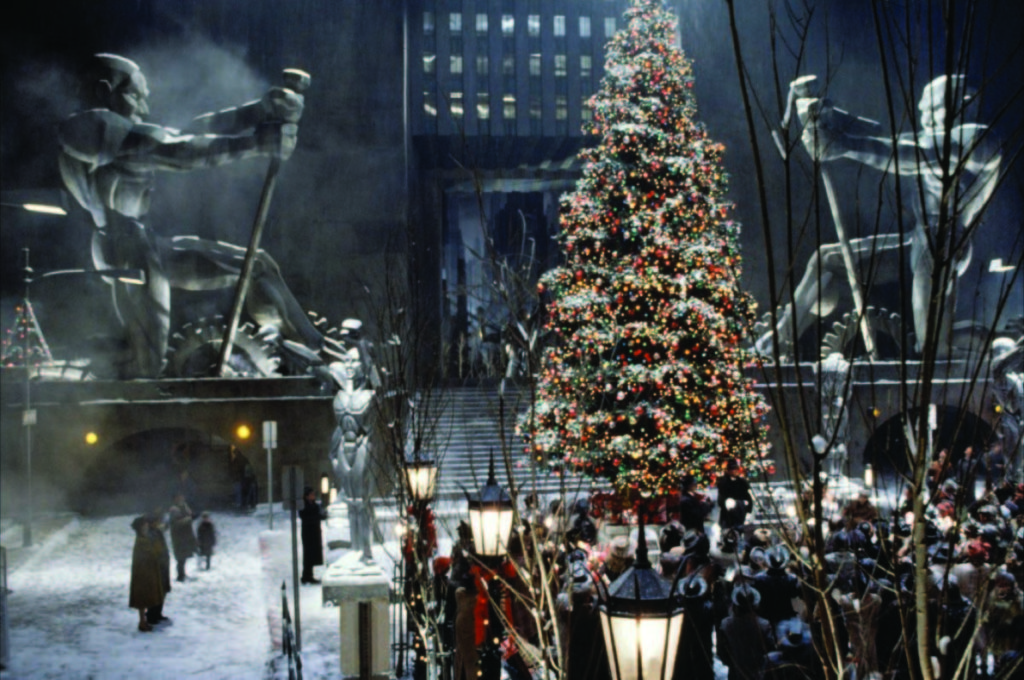 Still from the film "Batman Returns."

Love Birds, Tycoon$ of Teen, Dry Summers
Kaiju
$5  |  8-11 p.m.
The people who brought you the Cropped Out music festival are throwing a show at Kaiju this Monday with punk rock bands including Love Birds, the fuzz power pop band Tycoon$ of Teen and post-punk/alternative band Dry Summers.

Louisville Krampus Celebration: Family Holiday Art Bazaar!
Art Sanctuary
No cover  |  5-11 p.m.
Over 30 vendors will be at this bazaar for the true hero of Xmas, the Christmas Beast himself, Krampus. Artists including Angryblue Ministries, MissHappyPink and Yoko Molotov will present their wares that have an alternative take on the holiday spirit. And while you shop, enjoy the sounds of DJ’s Thulsa Goon and Talamasca.

Meta’s 4th Anniversary Repeal Day Taco Tuesday!
Meta
Free  |  7 p.m.-2 a.m.
Meta turns 4 years old this Repeal Day, so go celebrate with classic cocktails and… tacos? Does it make sense? No. But who cares ’cause we love tacos! So enjoy the drink specials, the free taco bar and the fact that we live in a country where alcohol is legal!

Mile Wide First Anniversary Week Events (Dec. 6–10)
Mile Wide Beer Co.
No cover  |  Times vary
Mile Wide Beer Co. turns one this year, and to celebrate the brewery is hosting a whole week of events and new beer releases. Wednesday night, you can try the American sour, “Quiet Science,” and play trivia with Clay Baker Trivia at 7 p.m. On Thursday, the coffee stout, “Uncle Disheveled,” made with Highland Coffee Co., will be released, and enjoy a live remote broadcast from 102.3 JACK FM. On Friday night is the debut of Mile Wide’s first saison beer with the release of “And Don’t Forget Handsome,” a collaboration with Perennial Artisan Ales in St. Louis. Also on Friday night, Smok’N Cantina is serving delicious food. On Saturday, anniversary day, you can buy a few 16-ounce cans of “Uncle Disheveled,” enjoy BBQ from Moe-licious BBQ and dance to some “sweet, sweet music,” from Clay Baker and Tyler Lance Walker Gill.

Real Talk Supporting Survivors of Sexual Assault
Louisville Free Public Library (Downtown)
Free  |  6-8 p.m.
More than ever before, survivors of sexual assault are speaking up and being heard. The Center for Women and Families, which helps victims of intimate partner abuse or sexual violence, is hosting a community discussion for people to “stand in solidarity with survivors and help us create a community where sexual violence is not tolerated.” The panel discussion includes experts such as Marta Miranda (president and CEO of The Center for Women and Families), Avalon Sutherland (of Derby City Consent), Amanda Corzine (clinical coordinator SAFE Services at UofL Hospital), Sonja Grey (executive director, Exploited Children’s Help Organization), Gretchen Hunt (from the Office of Victims Advocacy at Office of the Attorney General) and Regina and Angela (members of the Survivors Network).

Who Brewed It Better? An Against the Grain/Upland Showdown!
World of Beer
No cover  |  6-8 p.m.
Now what we have right here is a good ol’ fashioned brew-off! Upland Brewery and Against the Grain Brewery set out to make the best, damn Double IPA possible, both titled “Overcompensation.” Plenty of trash-talking later, and it’s time for you to put your tastebuds to the blind tasting challenge and declare your vote for who “wore it better.” And while you’re there, test your N64 skills with the chance to win a beer shot.

Keep Net Neutrality! – Protest outside Mitch McConnell’s office
601 W. Broadway
Free  |  5:30-6:30 p.m.
As if you needed another reason to protest U.S. Sen. Mitch McConnell. This one is a big deal, however. Net neutrality is a government regulation that protects all of us internet and broadband users. Essentially, if this protection goes away, internet providers would be able to control the speed of your internet for certain sites and services… and demand more money, of course… like your favorite Netflix show. So, go explain to Mitch why this is a big deal… and what the internet is. —Aaron Yarmuth

The Sketchies (Dec. 8–9)
The Bard’s Town
$5 donation  |  10 p.m.
Sketchy Stuff, billing itself as Louisville’s “premier sketch comedy show” that is not safe for “babies or grandmas,” is celebrating its first year as a group with The Sketchies. The show is a showcase of the group’s best, original sketches from throughout the year, and will feature 25 comedians. Think of it like an award show, but infinitely more entertaining, and twice as important. Expect special guest appearances from Rob the Cob, Grandpa Joe himself, Amy Davis and more. Formal attire is suggested.

Kentucky Humane Society Benefit/Ugly Sweater Party
RecBar
Free  |  8 p.m.-3 a.m.
Don your favorite ugly sweater in support of a great cause: kittens and puppies! RecBar is hosting an Ugly Sweater Party where $1 of any and every Tito’s beverage sold will be donated to the Kentucky Humane Society. And to entice you, the bar will feature a number of seasonal specialty cocktails. But if that isn’t enough for your charitable ass, there will also be a raffle and door prizes with proceeds going to KHS.