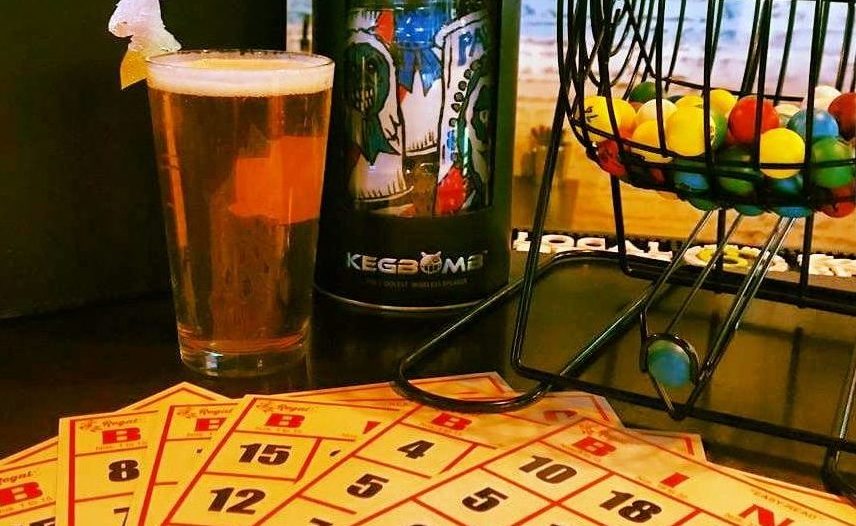 Hangover Helper 5K Fun Run
Fleet Feet Louisville
Prices vary  |  10:30 a.m.-2 p.m.
What better way to recover from your New Year’s Eve hangover than with a fun run and a little hair of the dog. This 5K loop will begin and end at Fleet Feet Lou, where you will also find a hot chocolate bar, photo booth, drawings for prizes, swag bags and a flash sale happening in the store. After that, everyone is invited to head over to Molly Malone’s in St. Matthews to enjoy a post 5K buffet ($13) with drink specials on Bloody Marys and mimosas ($5). If you’re expecting a large party for the post 5K buffet, be sure to call ahead to Molly Malone’s to confirm seating.

LOLville Tonight!
Kaiju
Free  |  9 p.m.
LOLville Tonight bills itself as “Louisville’s No. 1 unaired talk show!” Hosted by Emilie Parker Strange, it features some of the most interesting artists, activists and comics in Louisville.

Connecting Conversations: Speakers From The Crowd Part III
1619 Flux: Art + Activism
Free  |  5:30 p.m.
Get your brain working at this monthly event. Speakers include community psychotherapist Gregory Chaney on the topic “From Diaspora To ‘Reaspira’ The Human Journey From Mother Africa To Here & Now: Where Do WE Go From Here?”; activist Mariel Gardner on the topic “The Misadventures of an Upstart Activist”; and artist David Marshall on the topic “Finding yourself in the midst of dysfunction.” Drinks and appetizers will be served.

Mac N Bingo (Every Thursday)
Mac’s Dough House
No cover |  8:30 p.m.
As the Facebook event page put it: “This ain’t your Grandma’s bingo night.” Hosts Kegan Kegley and C. Charles Gilmore keep everyone on their toes with goofy games in between rounds, constantly changing drink specials and a variety of prizes, including cash, gift cards and concert tickets. Best of all, it’s free to play, and every game winner gets a prize! Not to mention, Mac’s Dough House is always serving delicious pizza and appetizers. If you can’t make it to this week’s round of bingo, don’t worry — this is a weekly event that happens every Thursday. —LEO

The Vibe Open Mic 2018 Premiere Show with Sabatahj
Nirvana Louisville
$5  |  9 p.m.
This open mic night is all about good vibes and creativity. Performing artists — including spoken word poets, comedians and musicians — are all welcome to take the mic for free. But if you’re just coming to enjoy the show, admission is $5 until 10 p.m. And in between sets there will be a featured artist and a guest DJ to keep the energy up.

‘DOPE: Dreaming Of Patterns Everyday’ By Ashley Stewart (Jan. 5–31)
Revelry Boutique Gallery
Free | Times vary
Ashley Stewart’s first solo show at Revelry Boutique Gallery will be a fantastically-playful eye feast. Stewart festoons porcelain and panels with whimsical patterns. A dance of “Glitter Tittz,” cacti, rainbows, clouds and a plethora of other images populate her intricate pattern pantheon. “The patterns I use are representative of the world I see around me. Everything from fashion, texting, female body issues, southwest symbols, and the outdoors inspire my work,” Stewart said about her inspirations. Meet and greet the artist at the opening reception Jan. 5 from 7-10 p.m. during the Republic Bank First Friday Hop. —J. Cobb