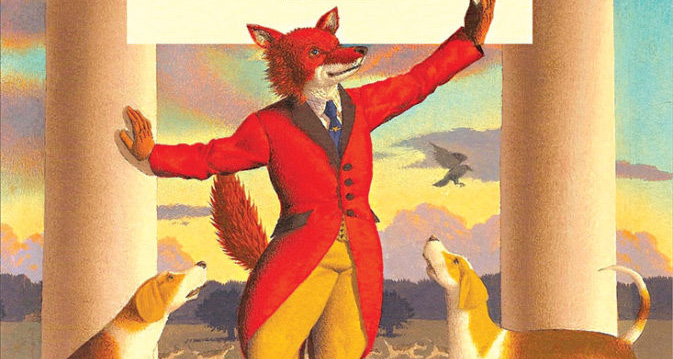 The Kentucky Book Fair this year has moved further east, to Lexington — but consider the quality of attending writers. For instance, Rita Mae Brown. Her standing in American letters over the last few decades is rich, but her path has been varied. Her early 1970s debut “Rubyfruit Jungle,” centered around young lesbian Molly Bolt, was a sensation. Her output has been prodigious, eventually with an increasing proportion of mysteries. Nothing hardboiled like Raymond Chandler, and nothing with puzzle-box plots a la Agatha Christie. Nevertheless, Brown became known for a masterful command for assembling multi-book mystery series. And, by the way, for including animal characters who talk among themselves. The new “Crazy Like a Fox” is Brown’s 10th focusing on Virginia fox hunters. Hounds and horses, birds and more are among the busy cast of characters (entertainingly introduced before the action gets underway). We recently spoke with Brown by phone.

LEO: Who is more difficult to write dialogue for: the humans or the animals?
Rita Mae Brown: I’m partial to the animals — the human race is greatly overrated. But I have fun with all of them, I do. One of the things that strikes me as bizarre is, with the exception of Aesop and a few others, humans have a need to believe that we’re the crown of creation.

Is there any type of animal that you find difficult to voice?
Well, I think that predators are easier than others, because we’re a predator [like] cats and dogs. We think the same. Our eyes have to focus in front of us. It takes much more work to understand a prey animal. Like a horse [which] can see all the way around himself — their survival skills are different than ours. But I’ve tried to learn it — and I was lucky, I grew up with animals.

How would protagonist Molly Bolt do if dropped in the middle of your Jefferson Hunt Club?
Well, I think she’d better learn to ride! [laughs] I think she’d be OK. She’s a pretty tough cookie. She was an interesting character — and the first really vivid character I ever created. At that time, since nobody would ever write about these things, everybody thought it was me. She’s not. Oh sure, she has some of my qualities — any character you write has some of your qualities, including the bad ones. She was important because she didn’t back off of who she really was.

Are you satisfied with how ‘Rubyfruit Jungle’ is perceived today? Its place in literature?
I don’t even think about those things. It wouldn’t matter whether I was satisfied or not. People are gonna do what they’re gonna do — and they need to put you in a box. I look at it and I know that it will be forever perceived as the first gay novel that  broke down the doors. If that’s the only way they can see it? Fine. But that’s not the way I see it. I see it as a classic coming-of-age story.