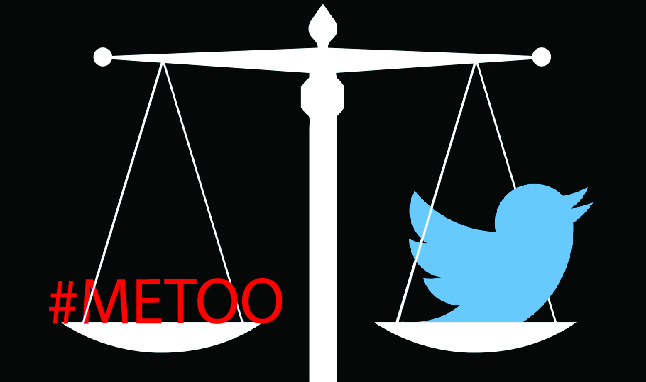 [Editor’s Note: For more on this issue, pick up Wednesday’s edition of LEO Weekly]

As the national media gave voice to four (now nine) women last Tuesday who were accusing Alabama U.S. Senate candidate Roy Moore of sexually abusing teenage girls, hundreds of local Facebook users saw a local bar owner at the center of metro Louisville’s own #metoo story. A brave, young woman created a meme on her page with his face and name and, in the status, she told a horrific account of how the man allegedly drugged, bound, raped and physically and disgustingly humiliated her.

The story was rapidly shared throughout Louisville’s close-knit Facebook networks, its exposure growing over the day. The subject tried to fend off the story on his own profile and that of his business, but other women came forward and added their similar claims of sexual abuse. The stories spread through Facebook shares and tags, directly and through comments of mutual friends. Finally, he deleted his Facebook profile.

In the wake of the day’s drama, a cautious backlash developed.

Some wondered: If someone rapes you, shouldn’t you go to the police? Others worried that in a nation of laws, people should not be “tried via social media” and that they should be “presumed innocent until proved guilty.” Lawyers with impeccable feminist credentials noted the sacred, fundamental protections of the Fifth and Sixth Amendments against the weighty police powers of the state: protection against self-incrimination, the right to a jury trial, the right to zealous legal counsel and the right to confront one’s accusers.

Of course, the backdrop to the incident is revelations about powerful people from Harvey Weinstein to Donald Trump who sexually abused people serially while laughing at the rule of law. Reporting on these men has shown that even when police and career prosecutors built credible cases, they were spiked by elected district attorneys who worried that the difficulty of prosecuting them would drive down their win-loss records (or offend powerful allies or donors).

When it comes to prosecuting rape, evidence suggests that the legal process favors the rapist, not the victim. (Assuming the accused is not an African-American man — that is a completely different story). According to research based on the National Crime Victimization Survey, and published by RAINN (Rape, Abuse & Incest National Network), only 3.5 percent of all rapes reported to police will be prosecuted and less than 2 percent of those reports will end in jail time. And we know that, at best, only one in three sexual assaults are reported.

Experience has shown that when a person accuses someone they know of rape, the odds are stacked against them. Modern juries crave forensic evidence, but the central issue of these cases is usually whether the accuser consented, and thus they turn on personal testimony. The cherished right of confrontation is employed against the accuser personally and intimately, not against the government.

They are subjected to a vigorous cross-examination. If a woman accuses a man, his defense uses her clothing, her drinking habits, her social class and even her way of speaking as evidence against her. Even the rape-shield laws designed to prevent the sexual-histories of rape victims to be entered into evidence are not always foolproof. The alleged rapist, however, can avoid personal testimony, asserting their absolute right against self-incrimination.

In such a she-said, he-said case, the tie often goes to the patriarchy.

And, when the high criminal standard of proof beyond a reasonable doubt is not met, to the world, “not guilty” will likely mean that the accused is “proven innocent” and the accuser, by this logic, is “proven a liar.”

A rape victim benefits little from prosecuting acquaintance rape. So why do it? According to RAINN’s research, most women who endured the process say that they do it to see it does not happen to another woman.

Not an alternative remedy

The #metoo social movement has — at least for a precious moment — offered another way to protect other women while, at the same time, striking a blow against the toxic masculinity that has long sheltered the Trumps, Weinsteins and maybe local people.

Social media has provided not only women, but sexual assault victims of all genders, an opportunity to give testimony in a forum that listens. The victim can tell their story on their terms. The accused abuser is marked and other potential targets of abuse publicly forewarned. No one goes to jail and, as a practical matter, the accused suffers most when the personal testimony of their victim is compelling enough and more victims come forward. But there are consequences for sexual abusers, and it is hoped by all that other potential abusers are deterred by those consequences.

It is important to understand that the personal testimony of victims is evidence. This evidence is amplified when others come forward to share their stories. Even in a hostile courtroom, a victim’s testimony is powerful. Facebook and Twitter are now the forums for these victim’s stories — forums that don’t require guilt beyond reasonable doubt.

Is such extra-legal action worrisome? Yes. Punishing people via the media or social media is distasteful. From the trial of Socrates to the #fakenews-driven Pizzagate scandal, history has offered many cautionary tales. And, if it is weaponized for partisan purposes by the Roger Stones and Russias of the world… the precious moment might be over.

However, as presently constituted, the #metoo campaign is best characterized as a mass protest movement that uses personal stories to change society. It is not an alternative remedy for individuals to the legal system. It employs direct action not only against systematic abuse of women, but also against a legal and political system that has failed to adequately address it. Collectively at least, #metoo activists seek fundamental change not revenge.

Like all activists, the courageous participants in the #metoo movement face legal threats. When cautioned about libel lawsuits, one poster acknowledged the peril, but it did not move her. “This is how we do it now. When you out a rapist, you are doing something brave. So support anyone brave enough to come forward and leave the hand-wringing for [the accused’s] parents and bffs.”

As a movement defined by the story, the right to free speech, protected by the First Amendment, is also part of this discussion. Libel law does give people a remedy for malicious lies against them but, in America, the truth is an absolute defense.

The writers of the Constitution were flagrant users of a muscular idea of a right to free speech. They attacked King George III in columns signed “Brutus” and built a revolution with Committees of Correspondence. Free speech was not merely a “marketplace of ideas” for them; it was the Roman forum with daggers in the folds of every toga.

They bought newspapers and attacked their enemies, often by outing their sexual misconduct. Thomas Jefferson installed a scrappy journalist James T. Callender as editor of his paper to attack Federalists. Later, after they fell out, Callender spread the story that Jefferson had had a sexual relationship with a slave, a claim quickly denounced as malicious libel.

Sally Hemings never posted her #metoo story. But if she had, I hope we would now believe her.

Even without a criminal trial. •

Kurt X. Metzmeier, is the author of “Writing the Legal Record: Law Reporters in Nineteenth-Century Kentucky” (University Press of Kentucky, 2016). Although he is a law librarian at the UofL, the opinions expressed in this article are his own and do not represent those of the university or any of its institutions.