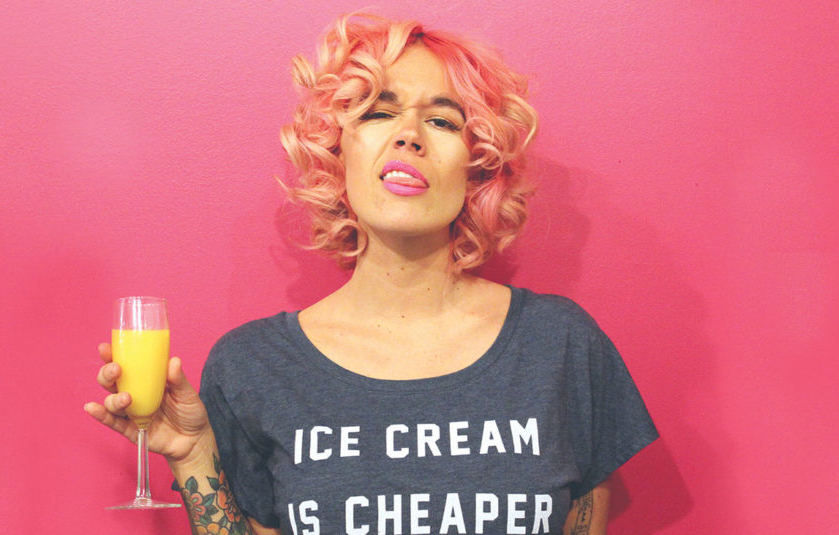 Although this year has been utterly devastating in more ways than one (politics, natural disasters, etc.), I think it’s safe to say that 2017 is the year that trash men are going to get called the fuck out. There is a liberation surging through our nation and communities, and while the responsibility of outing predators shouldn’t fall on the victims, it appears there is an uproar of power as victims are emancipating themselves from their attackers by exposing them. Male tears have been flowing as members of Hollywood and beyond are being outed in cases of harassment, rape and assault. Recently, Louisville has been buzzing over the rape and assault allegations against Haymarket Whiskey Bar owner Matthew Landan. The allegations were originally made by one brave woman on Nov.13 via a Facebook post, and then more women shared similar stories about him.

Let me first say to these women: I believe you, and I stand with you.

Landan’s lawyer, Andrew Horne, told Louisville Business First that both “Landan and the Haymarket Whiskey Bar deny any allegations of illegal or inappropriate conduct.” And Horne said that they are weighing all legal options.

This situation reflects a larger issue for all of us who work in the industry: What are we, as a trade community, going to do to foster a safe environment for all individuals in our bars and restaurants? Aside from placing the responsibility on the victims having to speak out and scream “me too,” how can we keep bargoers and their employees safe? This isn’t to say the Haymarket staff is culpable — in fact, the entire staff (and several DJs and musicians) have quit in solidarity with the women.

Still, what can we be doing as industry folk moving forward?

I spoke with my friend, Courtney, an interim general manager at a local bar/restaurant, on how she works to foster a safe environment in an industry that can typically be hostile toward women. She said that speaking out is crucial, and employees need to know they will not be penalized for doing so: “I think an open-door policy is important.” Oftentimes, many women in our line of work fear for their job security if they were to retaliate against harassment, or it can be uncomfortable or downright dangerous. Courtney also said that being observant of her staff and their guests is key, as some women may be afraid to speak out — or are simply so accustomed to it that it feels like, well, any other day.

Olivia, a server at a local brewpub, said that management must clearly set boundaries. “When I’m harassed by a guest, it’s hard to speak out on my own — I’m like a deer in headlights, and it creates immediate tension.” Olivia said that knowing management has her back in these situations helps to make her feel safe. “Guys [who come into bars/restaurants] are doing it because when you’re the paid worker, they feel like they have the power.”

While we can work to create safer establishments by implementing protocol and ostracizing monsters, the bottom line is that, sadly, we are doing these things because rape culture is pervasive in the bar and restaurant industry. Our trade has thrived for years on the exploitation of women, and has long been a place for predators to belly up to the bar. So, sure — absolutely we can make changes and hope to eliminate future trauma. But it seems as though we’ve got to get to the root of that notion, and dismantle it, to make real change.

Said Courtney, “My mom once said to me, ‘You’re not going to be pretty enough to be a bartender forever.’ I wondered, when did those two things become synonymous? I feel like we’ve all pretty much decided, that isn’t the way it’s going to be anymore.”