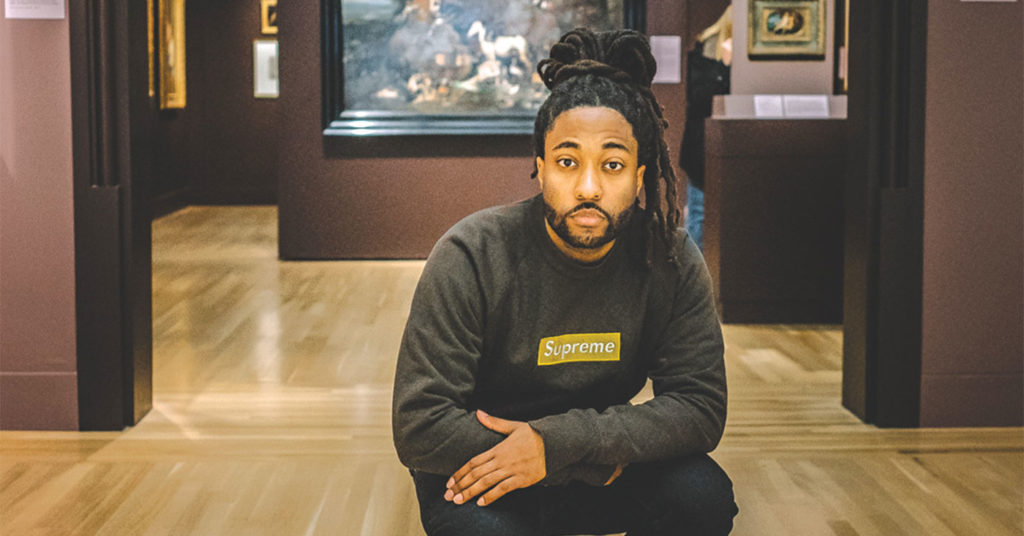 “Could there be a song about hardship that you could play in the club?” That’s the question James Lindsey, and his producer Joshua Nicholson, asked themselves before embarking on the creation of the song “Rainbows.” With a clever, bouncing beat that twists and turns throughout the song, and lyrics addressing pressing social issues, the song seems to end up on the right side of that question. Lindsey said the song is “pivotal” to Same Sky, even spawning the album’s name with the line “Might not all pray to the same god / Have the same taste / But we all have the same sky.” And when listening to the record as a whole, it’s certainly easy to see “Rainbows” as the centerpiece.

At its heart “Rainbows” contains a purposeful duality — a lightness, and a darkness. The mid-tempo, synthy groove of the beat flickers airily behind a deeper message.

“It’s uplifting, the beat feels bright, it has a really good bounce to it, but when you get into the lyrics it is a very sad song — it’s not really about the most positive of things and we made the beat to offshoot that,” Lindsey said, explaining that the first verse “is pretty personal for me. It’s actually about my cousin who came home after 10 years in prison. It just made me enraged, especially with the whole complex of mass incarceration of African Americans and minorities in this country.”

The power of the song’s message is its timeliness and timelessness. “If I could give my uncle a letter when he was in jail it would be something like “Rainbows” because I know the system is rigged — a system that was never built for people who look like me to survive,” Lindsey said.

The content of “Rainbows” traverses some dark territory, but the ultimate aim of the song is to “have a positive take on it.” Comparing similar motifs in songs such as Queen’s “Bohemian Rhapsody,” Lindsey is adamant about this, becoming almost excitable when further explaining his philosophical approach of the song. “I just wanted to have something kind of inspiring and uplifting and something positive,” he said. “We don’t have that much to look at and be inspired by, but you can always look up to the sky and there’s always a beautiful picture of artwork to look at daily.” He stops to reference some specific lyrics from the song — “Seen the brilliance / Seen the colors / Oh my god” — after which he provides the core thesis of “Rainbows”: “I think the overall theme is the hope for a better tomorrow, I guess you could say.”

Lindsey completed Same Sky in one day at La La Land Studios, and got a little bit of symbolism along the way: “It’s funny, when I recorded “Rainbows,” I actually saw a rainbow that day, which was pretty cool.”

“Rainbows” is from the album Same Sky, which was released in 2017.