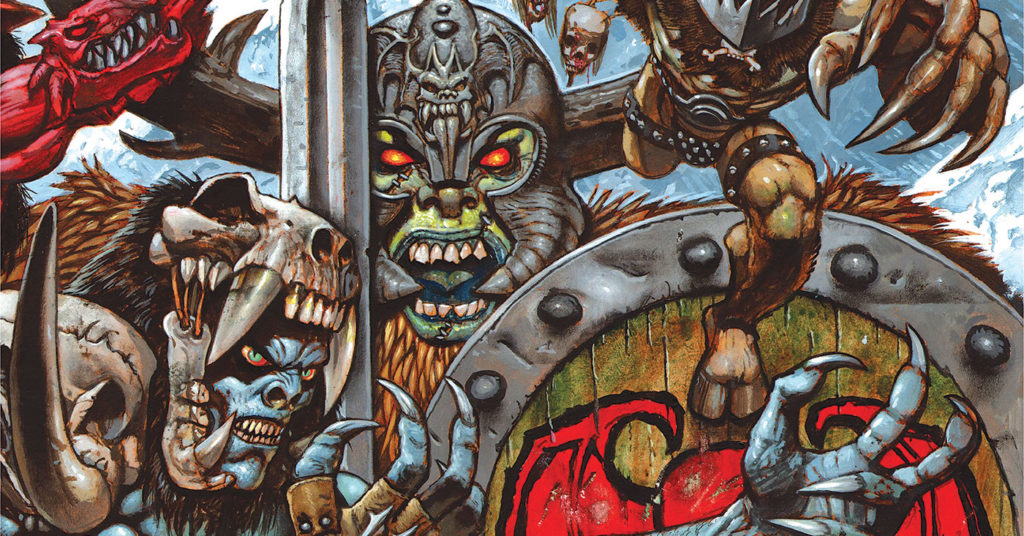 With two and a half decades of some of the most gleefully heinous metal tomfoolery under their belt, Gwar has no end in sight. Touring on Blood of Gods, their most recent album, and the first after the 2014 death of vocalist Oderus Urungus, the band has continued to do what they do best — terrorize the world that they claim to have created with a joyful indifference as our indignant metal masters. Offering a meditation on modern culture made hyperbolic, Gwar’s members are no strangers to social commentary, performing in costume and with props that include enormous fake genitals and decapitations of effigies. Gwar knows no master and salutes no flag, regardless of the current lineup.

LEO: What was it like carrying on after Oderus Urungus?
Beefcake The Almighty: It was a rough thing to happen. Gwar can’t be destroyed. We soldier on. We miss him very much, but he would want us to go and continue, which is what we do. You can’t stop us. There is no effort. We invented music. Songs are just like diarrhea for us. We can write a song whenever we want.

Has the current socio-cultural environment shaped the Blood of Gods, or does Gwar even care?
We’re current. We keep up with current events. There is some topical stuff on there. Gwar influences the world as much as the world influences Gwar. Look at you people. You’re very disturbed. I think we help with that.

Given the number of props and stage prep for a show, what is the fundamental difference between Gwar and Gallagher the comedian? Are you better than Gallagher?
We have more hair. Also, we still have a career. In every way, we’re better than Gallagher. We don’t like hippies. Gallagher is a hippy. He wears tie-dye.

What’s a re-heading?
It’s where we try to spike your head back on. I try to spike it in with a sword. Kind of like a shish kebob.

Do you all sympathize at all with comedian Kathy Griffin?
No. We hate her. She’d be alright if she didn’t apologize. No respect for that. Gwar never apologizes.

Did you see that she took her apology back?
She can go fuck herself.

Yeah…
You know I’m from Louisville, right? I went to Atherton [High School]. My dad used to manage Guitar Emporium.

Yeah, I did. How did you get into Gwar?
I was friends with Dave Brockie [Oderus Urungus]. I was a guitar player. When their bass player quit, they called me up, because I fit the costume. I’m fat. When are they going to put one of those banners up with my face on it. Beefcake’s Louisville. Put it right up next to Jennifer what’s-her-face.