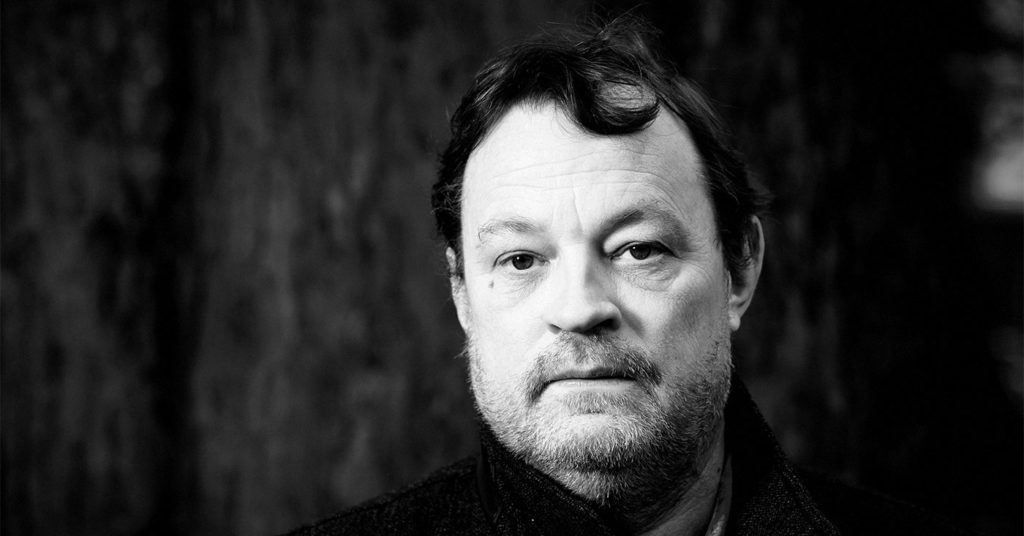 UofL has awarded the 2018 Grawemeyer Award for Music Composition — among the most significant honors in the world of contemporary music — to Danish composer Bent Sørensen. The award, which includes a prize of $100,000, is granted for a work that has premiered within the last five years.

Sørensen was awarded the prize for “L’isola della citta” (The Island in the City), a triple concerto for piano, violin and cello soloists with orchestra that premiered in Copenhagen in January 2016.

Sørensen will be in Louisville in April for the Grawemeyer presentations and other events. But he is no stranger to Louisville audiences: in 2014, he was the featured composer at the UofL School of Music New Music Festival. This is a particularly busy season for Sørensen: the New York Philharmonic, conducted by Edo de Waart, premiers his “Evening Land” later this week. But earlier he took time for a phone interview from his home in Copenhagen.

LEO: Music critics and journalists often write that your work is influenced by folk music. Is there a folk influence in your music?

Bent Sørensen: I always get questions about it, and I’m always a little bit surprised, because I don’t see that. It’s not a tradition I grew up with. I more grew up with the violin because my father was an amateur violin player. He was always listening to the violin concertos on the radio, mainly the classical violin concertos — Beethoven and Brahms, etc. I heard [Arnold] Schoenberg’s Violin Concerto many times before I heard a single symphony of Beethoven. I remember I was very surprised when I learned that Beethoven had actually written symphonies, because the only thing I heard when I was young child was the violin concerto and the sonatas. I used to play and sing folk music, not only Danish folk music, but Irish and Scottish folk music. But it disappeared very quickly. There is a part of ancient music from the Middle Ages and early Renaissance that has folky things in it and that I was searching at the end of the ‘80s. I was in Amsterdam and on the streets there were a lot of buskers, a lot of street musicians. There was a violin player playing some music which I thought absolutely astonishing. I passed him and then I thought I had to go back and hear him play but he was never there anymore. I had in my head the feeling of that music and I went out and bought lots and lots of long playing records at that time trying to find that music. I was listening to music from Brittany, from all kinds of places, Gypsy music, American folk music. I was trying to find out what it was that he was playing. But I never found it. Maybe the dream of the music was stronger than the music itself, but it was a big inspiration at that time.

Why did you choose an Italian title for this piece?

I always get the title before I write the pieces. So when I get an idea of what the piece should be, then it becomes more like a name than a title. Like if you have a child you give it a name. In this case I was standing on the balcony where we were living at that time in Copenhagen. I had a very strong feeling like I was standing on an island in the city. And I was thinking very much about Italy. And I just thought… I don’t know why it got an Italian title, but it was a name that came to me. I actually think it’s a piece in Italy. But I can’t say the reason. I’ve written some piano concertos with Italian names, ‘La Notte’ and ‘La Mattina,’ so I thought this was sort of in the same Italian world. I have German titles and English titles and even a couple of French titles.

LEO: You have described the last movement of ‘L’Isola della citta’ as a sort of ‘David and Goliath’ narrative. The trio, you say, plays beautiful, gentle music while the orchestra — the city around them — is disturbing them all the time, but the trio coalesces and continues on in the face of that challenge. Do you think this metaphor is a reflection on the politics and culture of our time?

I would say I’m pretty sure that my music could only have been written right now. I wouldn’t say I think about it in a political context. I think about it in a psychological context. I think my music reflects one picture of the time we’re living in. When I form my pieces, I always think about it a little bit as if I’m making a sculpture. I’m trying to form an organism. And that organism is getting my DNA and it’s forming its own DNA. So in the last movement, you have the orchestra as an enormous organism surrounding the trio. And I thought of the trio not as three things but as one thing, as an organism that is going its own way. And people are throwing things at the trio, but they just continue going on. I suppose that’s something political and psychological, but the beauty is… The orchestra is always very noisy. And then you have the beauty in the piano trio. And subtly the noise becomes beautiful. It infects itself. That was the idea in that piece.

Your music is rooted in contemporary sounds and techniques — quarter tones, dissonance, dense textures and so forth. But you have spoken frequently about your own drive to create beautiful music — an idea that many listeners don’t associate with modern music. What’s the source of that impulse?

I think music is only interesting if it’s beautiful. I don’t think, ‘Oh, God, I have to write something beautiful.’ I think it’s something inside me that thinks there is so much in the world at the moment — and so many terrible things have a beauty about them. If you think about the requiems by Mozart and Verdi, they are beautiful. When you’re standing in front of the dead, the beauty is there. In some countries and some schools there has been almost a dogma about not writing beautiful music and not melodies. But I never grew up with that. I can’t make ugly music just to make ugly music. It’s not that I try to comfort the listener. It’s to comfort myself, really. I just write the music I want and I’m not scared about the beauty, which some composers are. I’m not scared that you can remember things. Because I think that’s what music is about. If I can say to myself about music, “‘I never heard anything like that before,’ then I will forget it. It will disappear in a way. But if I hear something that reminds me of something — but I can’t really say what it is — then you suddenly get the feeling of what it is. I think one of the most interesting remarks about by music was made by the Norwegian composer Arne Nordheim when he said, ‘It reminds me of something I never heard.’