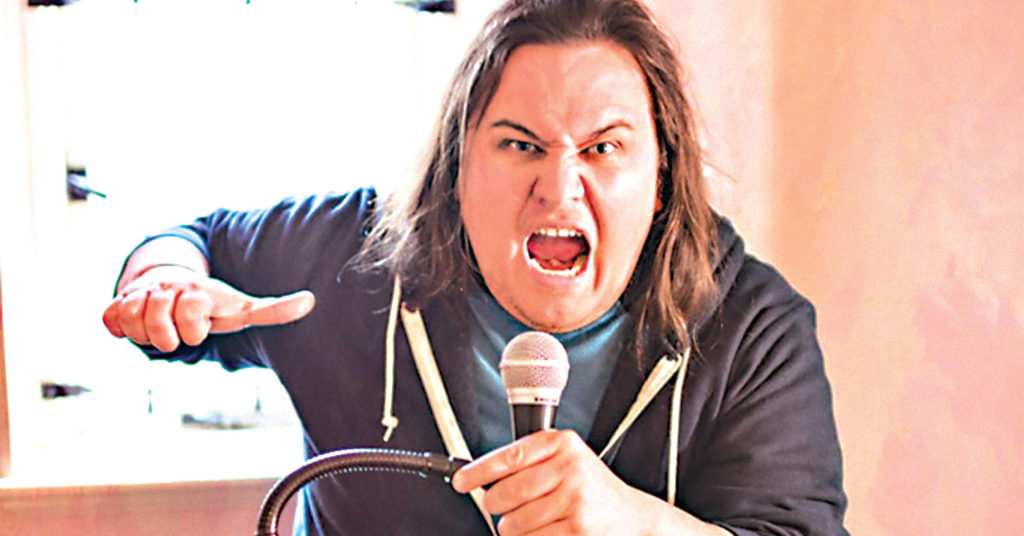 While growing up, Comedian Shane Torres and his father would watch stand-up comedy on cable, while his mother worked nights. Those HBO binge sessions with dad have paid off. Today, Torres is blowing up, having landed on “Conan” twice, IFC’s “Comedy Bang Bang” and “Comedy Central Presents.” This year, he released his debut album “Established 1981.” It features a hilarious defense of maligned celebrity chef Guy Fieri, which went viral. This weekend Torres will make his Louisville debut headlining Monnik Beer Co. Friday night.

LEO: Do you recall your first time on stage?
Shane Torres: Yeah. It was Portland, Oregon at the Hungry Tiger 2. It was my dad’s birthday. He wasn’t there or anything. I just remember that. I got really drunk beforehand. I opened my set with my closing joke, cussed out the audience and then went back to the bar. It was clearly some real top-notch shit. But I was hooked.

You released ‘Established 1981’ this year. Now what?
I’m really glad to have those jokes put down and behind me. I’ve spent my whole career up until now crafting those. I’m excited to see where it goes from here. To scrap all of that and see where my brain is right now. It’s scary not to have all of that trusted material to rely on. You don’t know how dumb you are until you don’t have the safety of your old jokes.

Looking back, what was growing up in Texas like for you?
It was pretty normal in that we grew up in a working class neighborhood and went to public schools. My mother was an immigrant and my father was second-generation Mexican-American. Pretty standard, really.

Your mother being an immigrant and your father being Mexican-American — how does all of this immigration stuff strike you?
My mom was Irish and white, so they wouldn’t bother her. That’s important because what’s going on with the immigration stuff right now isn’t about immigrant — it’s about bigotry. I think it’s fuckin’ racist. It’s super frustrating. It seems like it’s crossed the line from political to downright mean. We choose to stay woefully ignorant by not paying attention. And it really seems to come from a place of fear mongering and not actually wanting to protect people.

You’ve called yourself ‘determined to be alone.’ Why is that?
I’m bad at people. I’m bad at relationships. There was a time, if I was dating someone or in a relationship, I would find a way to blow it up. But one day I was seeing this girl. I was at a bar with a buddy, and she was like: ‘Do this or do that for me.’ It was something really simple and minute that I should have done. But I was like: ‘Nope, I’m not doing that.’ So she got pissed off and left. Yeah, I’m a real peach. That’s when my buddy looked at me and said, ‘You’re determined to be alone, aren’t you?’ It just struck me as funny. And I’m sure he wasn’t the first person to say that, it’s probably been said a million times. It just stuck with me.

You are an avid defender of Guy Fieri. What is it about him?The idea just popped into my head one day: ‘Why exactly does everyone hate Guy Fieri?’ As I started looking into it, I found out he is a really philanthropic guy. He’s a good person. People are very mean to him, and nobody seems to have a very good reason why. I thought fuck all these people. They’re trying to shit on a good dude. It was such a fashionable thing for people to go out and hate on him. I just thought it was gross.