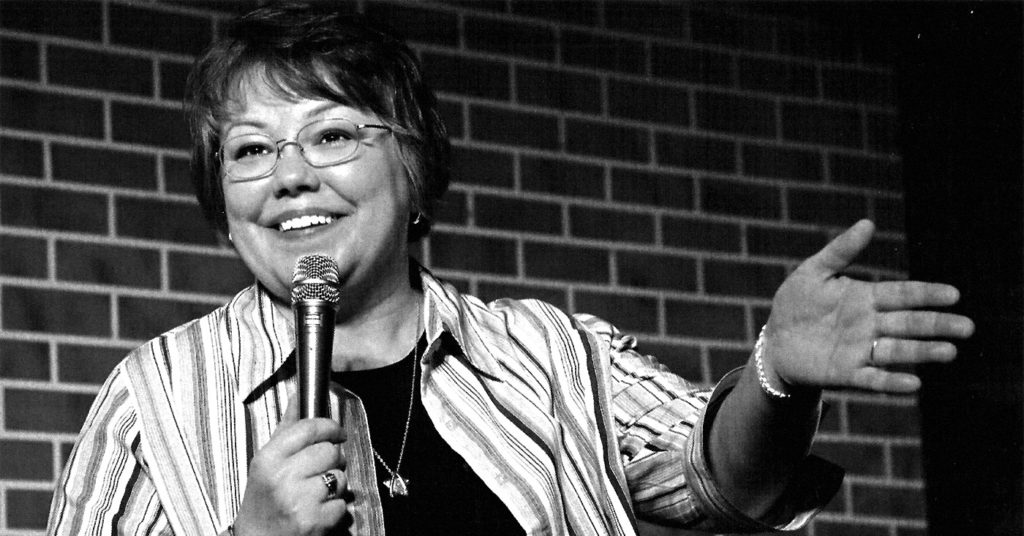 Comedian Donna Carter didn’t make her stand-up debut until the age of 40, eventually taking the leap from full-time accountant to full-time road comic. That was 15 years ago. In the years since, the North Carolina native has been traveling the country telling tales of her former life. Carter has appeared on Xfinity’s stand-up series “Who’s Laughing Now;” as well as the “Look Who’s Laughing Now All-Star” tour. This holiday weekend, Carter headlines the “Leftover Ladies” show at The Caravan. It also features Rashida Lemmons-Weber, Keri Sprinkle, Katy Bevins and Teressa McCammon.

LEO: You lived a whole life before you even got into comedy.
Donna Carter: I did live a whole life. I grew up in a typical Southern Baptist church. I eventually got over that by the grace of God. Typical ‘60s family: mom, dad, and 2.4 children. That .4 is a real piece of work, let me tell you. She’s a special kind of stupid. I’ve been twice married, twice divorced. They were Thursday’s trash. It was time to move on. And once my son turned 18 and moved out, I decided to go for it. It’s a shame to find out what you want to do when you grow up at age 40. But I’m sure glad I figured it out, because a lot of people never do.

How did your family react to you quitting your job to be a comedian?
I asked my son for a quote one time that I could use, and he said, ‘She’s the best momic I’ve got.’ So I like that. He’s grown, and I’m always traveling, so he doesn’t get to see me perform very often. Though the last time he saw me, he said, ‘Ya’ know, you’ve gotten pretty funny.’ Growing up, he didn’t think I was so cute. I wasn’t funny to him at all. Both of my parents are still living, too. My dad is real proud of me, and my mother hates that I do comedy. She’s like: ‘You still doing that comedy thing?’ I’m like: ‘Yeah, I like to eat.’

Along that line of thought, there’s been a lot of talk about women’s experience in comedy lately. Do you have any thoughts about it?
Everyone should always feel safe in any work environment. That’s no question. I personally have never been sexually harassed on the road. It’s probably because of my age. People see me more as their mother than their equal. Which is fine.

What do you think, as a Southern belle, is the most absurd part about society today?
Absurd is a kind word for the clusterfuck that is our society today. I don’t know what it’s going to take to bring some normalcy back into this state of affairs — but it needs to hurry. Is Jesus coming back? Or [Robert] Mueller taking effect? Or maybe people just coming together and realizing we need to learn how to play well with others. •