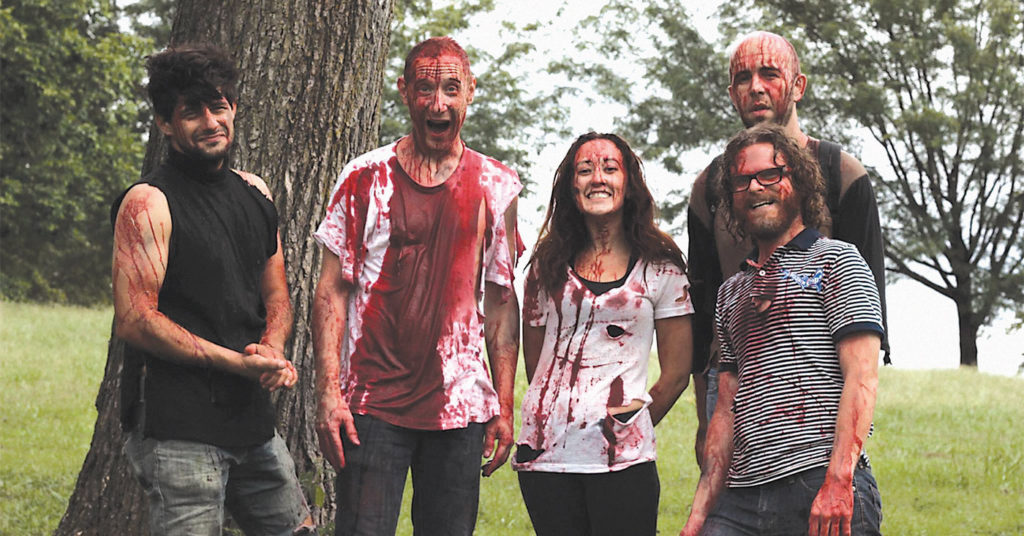 The DeloreansPhoto by Primary Forms

[Editor’s Note: Sonic Breakdown is a LEO column that deconstructs a single song from a Louisville band.]

After a failed attempt to see Big Sur in 2012, Deloreans frontman Jeremy Perry expressed his disappointment by writing a song. And while even he admits that songs about the Golden State are a dime a dozen, his intention with “Big Sur” is quite intriguing.

“Most songs about places are you went there, it was awesome, or it sucked, or maybe you met somebody amazing there or something,’” Perry said about the band’s latest single. “So I thought it might be interesting to write about sometime when you didn’t go to a place.”

While Perry did spend several days in California, the coveted trip to see Big Sur, only a few hours away, eluded him. With no vehicle of his own and a friend’s busy work schedule in the way, it just wasn’t meant to be. Only hours before his plane departed Los Angeles, Perry found himself crafting the foundation of what would become his ode to close-but-no-cigar endings. “I was bummed and so the last day there I just wrote a demo for it in a coffee shop on Sunset Boulevard. I was definitely feeling defeated because I was so close to going. The ‘baby’ in the chorus, I’m referring to myself as being kind of a bitch that I didn’t get to go.”

After composing the demo, which, Perry admits, arose because he “didn’t have anything to do for a few hours,” he sat on it for a couple of years “without any explicit intention to play it in Deloreans.” But, eventually it reared its head and the rest of the band pitched in to bring the song to life. “The demo was really sparse and didn’t have the coda at the end. We all chipped in in rehearsals to try and make it sound like Big Sur. We tried to capture sounds of vast views, the way the ocean looks from there — kind of like it never ends, which is not like the East Coast at all.”

“This song, I think, was the perfect collaboration on two levels: it was me with the original idea and then the band coming up, together, with the best way to present our idea. The whole song is about creating the sound of nostalgia.” The song is thick and layered, yet airy and inconspicuous, while Perry croons with a dark, new-wave edge, certainly conjuring a magic of warm familiarity. And while Perry has since completed his mission to see Big Sur, he’s also created a revealing sonic picture for those of us who may never get to the places our hearts are on fire to see.

“I was trying to have that delay of a really awesome thing at the end,” he said. “And I think we did a really good job of communicating that vibe.” •

“Big Sur” was released as a single by The Deloreans in 2017.