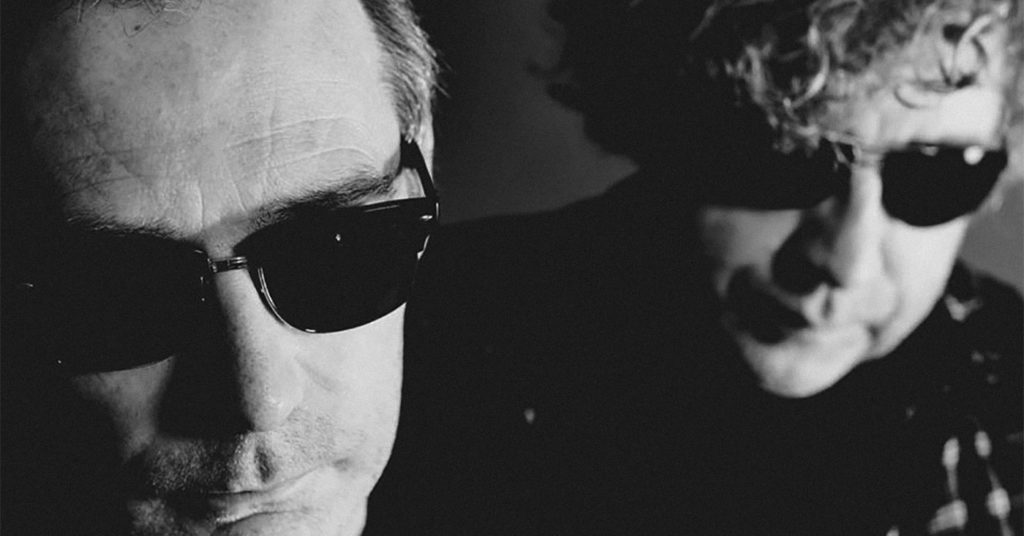 A little over a week ago, I saw Guns N’ Roses. It was the first time I’ve watched Axl and Slash share a stage, and it’s something that I’ve wanted to see happen for more than a decade. Concerts, like most things in pop culture, are always at least a little bit impacted by expectations on a personal level, but I knew what I was getting going in: I was going to hear the hits, saturated in theatrics, from a rock band past their prime. And that’s what I got. It met my expectations, and it was a fun and interesting check off the bucket list. They haven’t released an album of originals with multiple core members since seven years before Google was a company, so I was inevitably going to overpay for ragged nostalgia. I did, and I don’t regret it.

The Jesus & Mary Chain is pretty much the polar opposite of Gun N’ Roses. Sure, they’re both guitar rock heroes that emerged in the late-‘80s, but while G N’ R rode the hair metal night train to insanity, The Jesus & Mary Chain made cool and calculated shoegaze, walls of reverb-soaked, pop-infused underground indie that made them cult heroes. Slash threw ripping leads at you; William Reid clubbed you with walls of thick distortion. Axl jumped off stage and fist fought photographers; Jim Reid seemed shy. But, the main thing that separates the two bands right now isn’t their different sound, levels of popularity or antics — it’s that The Jesus & Mary Chain, who also went on an extended hiatus because of infighting, made a new album. And that new album, Damage and Joy is good — how good probably has to do whether you like Psychocandy or Stoned And Dethroned more, but the record is solid all the way through.

Last Saturday night, through clouds of smoke-machine fog, and blinding lights, a Damage and Joy banner hung behind the band when they opened with that record’s lead single, the catchy, riff-driven “Amputation.” What followed was a zigzagging road map of their entire career, from, in order of release date, and not necessarily set list placement, the well-known “Just Like Honey” from their first record, Psychocandy; to “Cherry Came Too” from the sophomore follow-up album Darklands; to the rollicking, menacing non-album single “Sidewalkin’”; to a couple of the dark, melancholy tracks from Honey’s Dead; to “I Hate Rock ’n’ Roll” from Munki. But, there were quite a few songs from Damage and Joy — probably more from it, than any other album, individually. We’ve all been to a show where the new music from a venerable band weighs down their set, but songs such as “Always Sad” and “All Things Must Pass” were highlights. To me, The Jesus & Mary Chain have never made a bad album. Some I like more than others. But, I wouldn’t classify any as complete missteps. Odds would suggest that when you take a 19-year break between albums, as The Jesus & Mary Chain did between Munki and Damage and Joy, the record could be a little rough, but it’s not. You could complain that’s it’s a little soft. Or too pop-infused. But, that’s your preference within their little world. The band is still full of thoughtful, snarky, versatile songs. And, maybe most important, Jim Reid’s voice seems to not have changed at all over the decades.

With their type of storyline, all signs usually point to a reunion based around nostalgia, a trip back to the glory days to pad the pocketbook, but with this band, it’s more than that. After listening to Damage & Joy when it came out, and after seeing them on Saturday, I’m convinced there’s several more records and tours and evolutions left in the tank, if they’re interested. They took a break, but their prime still hasn’t crumbled to pieces. They still seem to be in it.