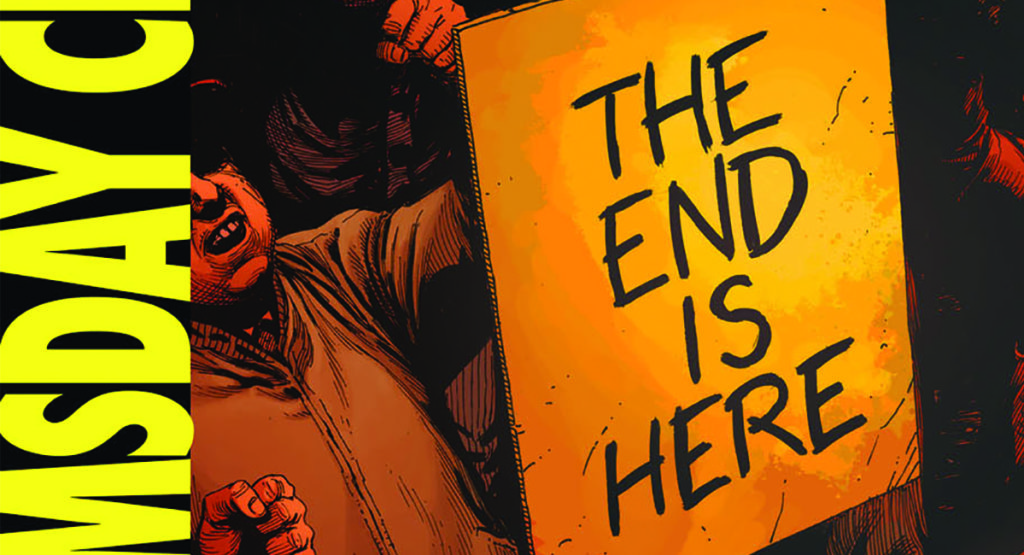 In what might be my most anticipated comic of the year, writer Geoff Johns and artist Gary Frank bring us “Doomsday Clock.” It serves as the next piece in the DC’s mystery surrounding Rebirth, which they started in May 2016. It also serves as a sequel to Alan Moore and Dave Gibbons’ 1987 masterpiece “Watchmen.”

Opening seven years after “Watchmen” ended, the world has been plunged into absolute chaos after Rorschach’s journal has been discovered and Ozymandias’ plan has failed. With “Watchmen” being quite possibly the most revered story in comics, doing a sequel to it may seem like madness to some. Rest assured, though, Johns and Frank do it justice, immediately capturing the tone of the original book.

If you were expecting to see Superman and Dr. Manhattan fight it out, you won’t find it here in “Doomsday Clock” No. 1. In fact, you might not see that at all. Johns has said multiple times that isn’t the basis for this story and, by the looks of issue No. 1, he’s keeping his word. It takes place mostly with “Watchmen” characters, only showing Superman at the very end.

With “Watchmen” being the sacred story that it is, there is no other writer I would trust more for tackling a story that folds it into the DC universe than Johns. He and Frank craft such a great issue that not only lived up to the hype, but will have you counting down to the next one.

‘Sherlock Frankenstein and the Legion of Evil’ No. 1

The world building Lemire has done in these books is outstanding. The “Black Hammer” world feels like Gotham or Wakanda, a completely fictional comic book setting that seems like it could really exist. Sherlock Frankenstein deals with Black Hammer’s daughter, Lucy Weber, investigating her superhero father’s villains, hoping to find clues as to where her dad wound up. The villains are hilarious, with names like Mectoplasm, Concrestador, and my favorite, Cthu-Lou (a plumber named Lou who was bonded with Cthulhu).

It seems like each issue is going to find Lucy meeting with a different villain and interviewing them to find out what their involvement with Sherlock Frankenstein (the big bad guy) was like. This style suits Lemire perfectly. He has a way of making you want to laugh, cry and sympathize with these characters as you learn their backstory and what they’re trying to do now that their villainous days are over, all in a span of 22 pages.

If you enjoy “Black Hammer,” Sherlock Frankenstein is a must-read, and even if you aren’t familiar with the source material, it’s still a great read. It’s a book that’s touching and funny at the same time, which really sums Lemire up in a nutshell.