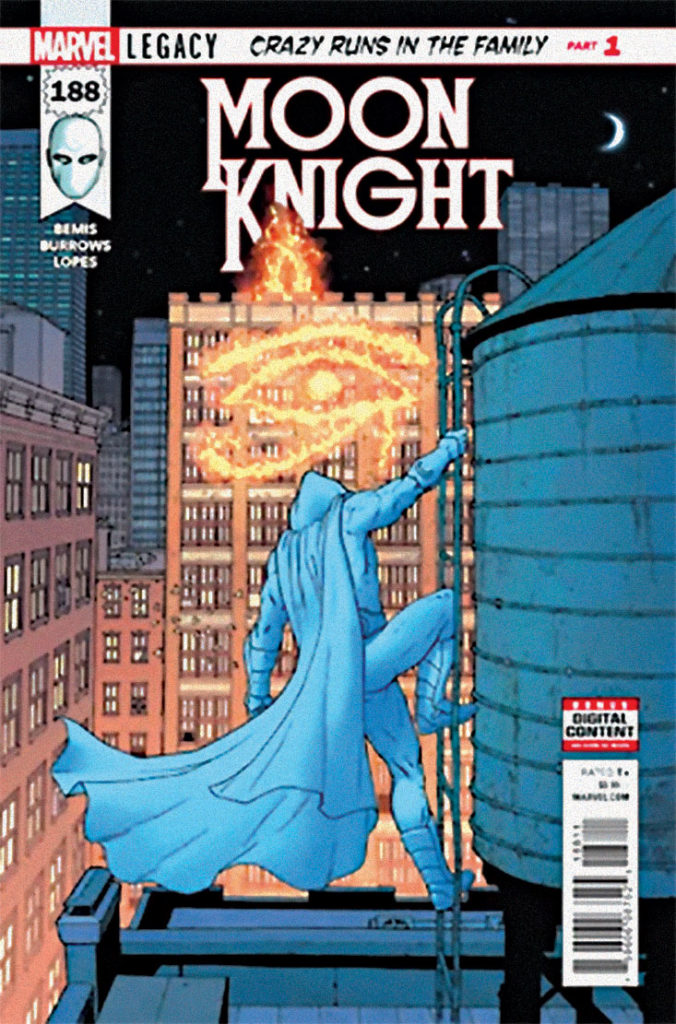 In one of the most compelling reads from Marvel in a long time, “Moon Night” No. 188 feels like quicksand. You get drawn in deeper and deeper without even realizing it. Max Bemis, singer for Say Anything, has been making quite the name for himself as a writer in the comics industry, and if his first issue of “Moon Night” is any indication, he’s getting only better.

Primarily introspective, this issue focuses on Dr. Emmett, working at Ravencroft Asylum, and her history with Marc Spector, also known as Moon Knight. She’s working with her newest patient, Patient 86, a soldier who can’t remember his name, maintains a fascination with fire and is believed to have committed a number of murders. Despite these crimes, Emmett remains firm in her belief that she can help him. As nice as that sounds, things really only get horrible from there.

Jacen Burrows’ art works wonders to exemplify the horrors of this issue, especially with the color palette Mat Lopes chose to work with. The art is almost unsettlingly simple, you feel like something is wrong the whole time.

“Moon Knight” No. 188 was a great first issue for this book, promising an awesome new direction for the character we haven’t actually seen yet: prey being hunted. It’ll keep you hooked for every single page and have you counting down until the next issue releases. 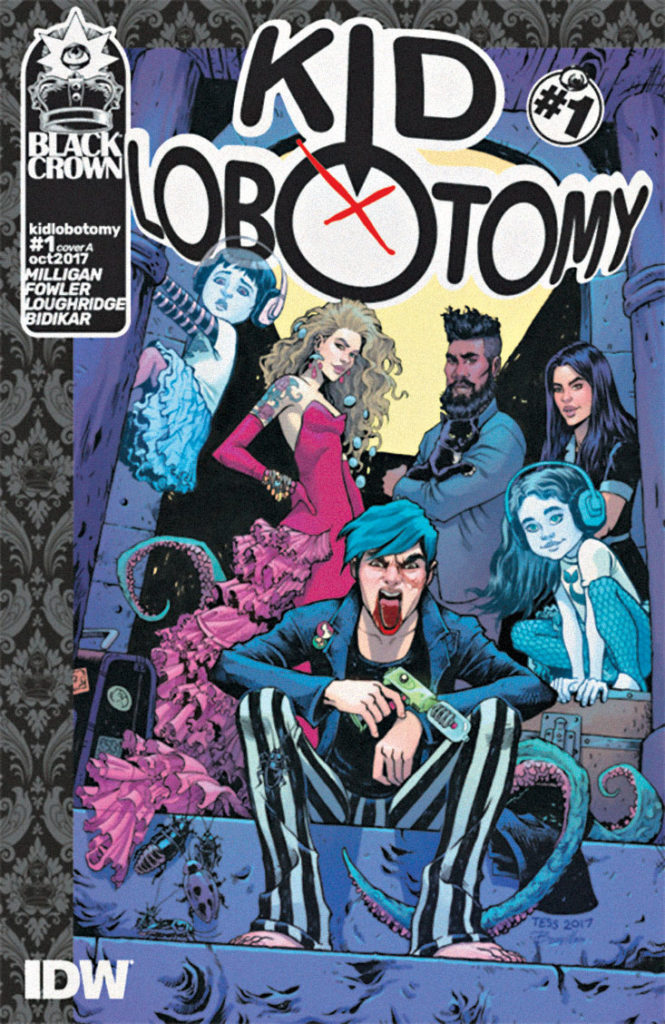 On its website, “Kid Lobotomy” is described as “Kafka meets ‘King Lear’ by way of ‘Young Frankenstein.’” That’s a pretty fair description.

“Kid Lobotomy” follows the eponymous main character, Kid, as he tries to run a hotel that’s left to him by his father. But this is a hotel straight out of “American Horror Story.” And at the same time, he’s lobotomizing residents at the hotel to cure their mental illnesses, while eating those parts of the brain to cure his own. He also might be in love with his sister. And it also might be all inside his head. And it’s even 10 times weirder than it sounds.

Kid is the first book to be launched under the new Black Crown Comics imprint at IDW. It was founded by Shelly Bond, who was assistant editor at Vertigo. It’s written by Peter Milligan, who has worked with Bond for almost 25 years, starting with “Shade, The Changing Man.” Tess Fowler, coming off being the artist for “Rat Queens,” draws every trippy scene Milligan provides beautifully, paying homage to the strangeness of the Vertigo books that came before her, while doing something of her own as well.

This book is a roller coaster ride that definitely isn’t for everyone, but if you’re willing to step in, it’s a crazy experience. The first two issues are already out, with the third one coming in December. •