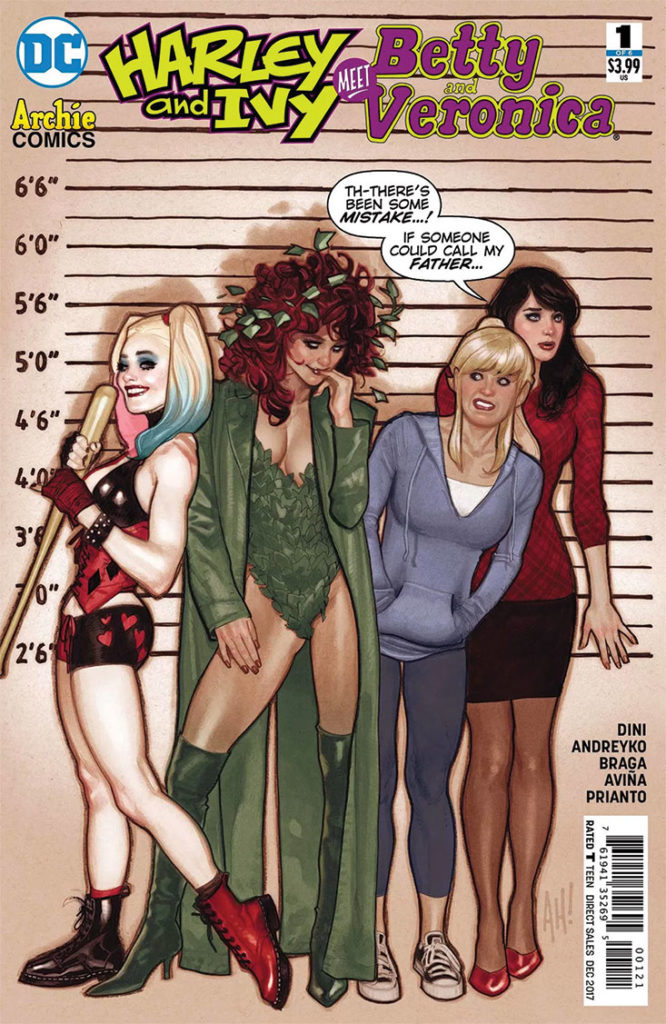 Betty and Veronica appear in Archie Comics in various incarnations. In this book, they’re snarky mean girls taking every chance to belittle or embarrass the other. When they’re both on the guest list of the same charity costume gala with the theme Villains and Heroes, they find themselves needing to call a truce in order to get suitable costumes because they’ve waited until the last minute.

The other dynamic duo in this book, Harley Quinn and Poison Ivy, are laying low because they seem to have gotten on the hit list of every bad guy, thug or ex employer they know. However, when Ivy sees that Mr. Lodge (Veronica’s wealthy father) has bought pristine swampland that had been set aside as a nature reserve to develop it into a “free” college with lots of shopping, eating and other ways to part folks with their money, she’s livid and decides she and Harley have to intervene.

When both pairs end up at the same party with the same outfits, the game is on!

This was a fun book written by Paul Dini and Marc Andreyko with beautiful artwork drawn by Laura Braga and a stand out cover by the always amazing Adam Hughes. I can’t wait for issue No. 2 to see what craziness will ensue when these two pairs tangle! 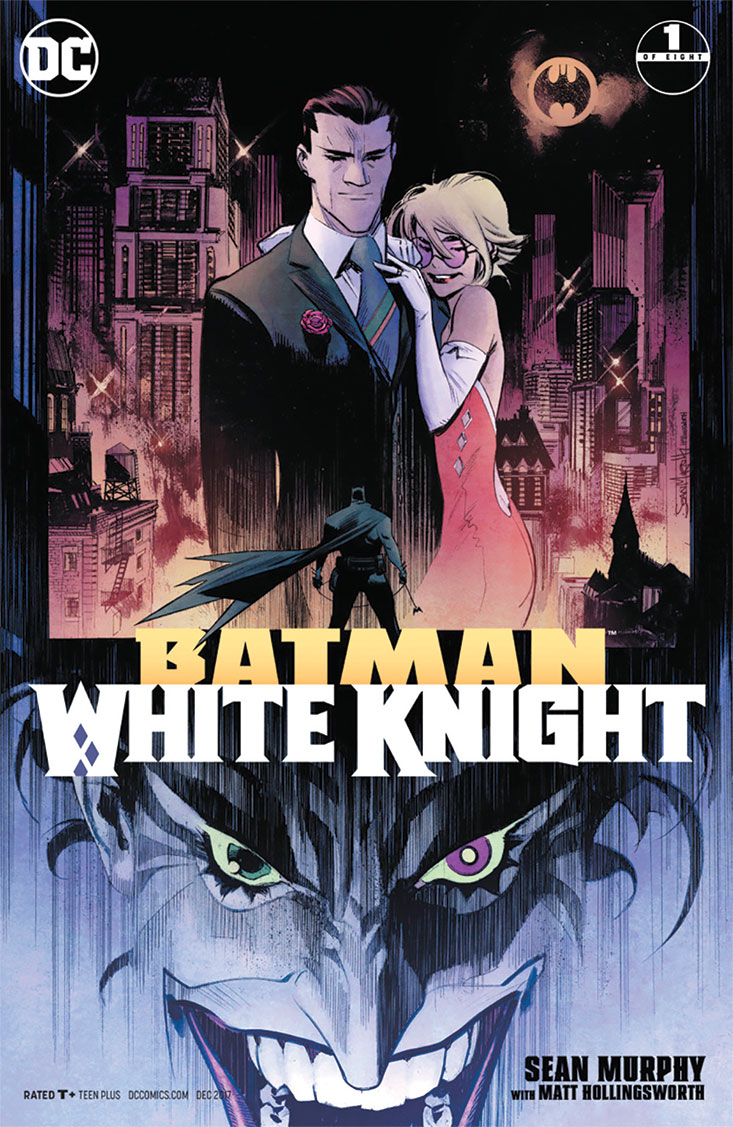 This new miniseries, “Batman: White Knight” is set in a world where the Joker is cured of his insanity and homicidal tendencies, is now going by the name Jack Napier, and is seeking to right his past wrongs. His main goal is to save the city from its greatest villain: Batman.

Sean Gordon Murphy is pulling double duty on this book, doing both writing and art. He does a phenomenal job in both roles, though most of issue No. 1 is largely spent laying the groundwork for the story as a whole. It is very much a first issue, like a pilot episode of a TV series, but it’s a damn good one, exploring the facets of the ever-complicated relationship of Batman and the Joker. The Joker is a hard sell, for me, as a character who interests me, so that alone makes this worth a pat on the back for Murphy.

Murphy’s art is nothing short of stunning. Every single panel is brimming with incredible detail, some pages packed with so many Easter eggs to past Batman mythos (especially Tim Burton’s “Batman”) that you would easily miss at first, maybe even second, glance.

Whenever a creator illustrates their own script, it’s impressive. It’s even more impressive when both the writing and the art are so solid, as is the case with “White Knight.” The groundwork has been laid, and it’s time to buckle up, folks, because this book going to be one crazy ride.