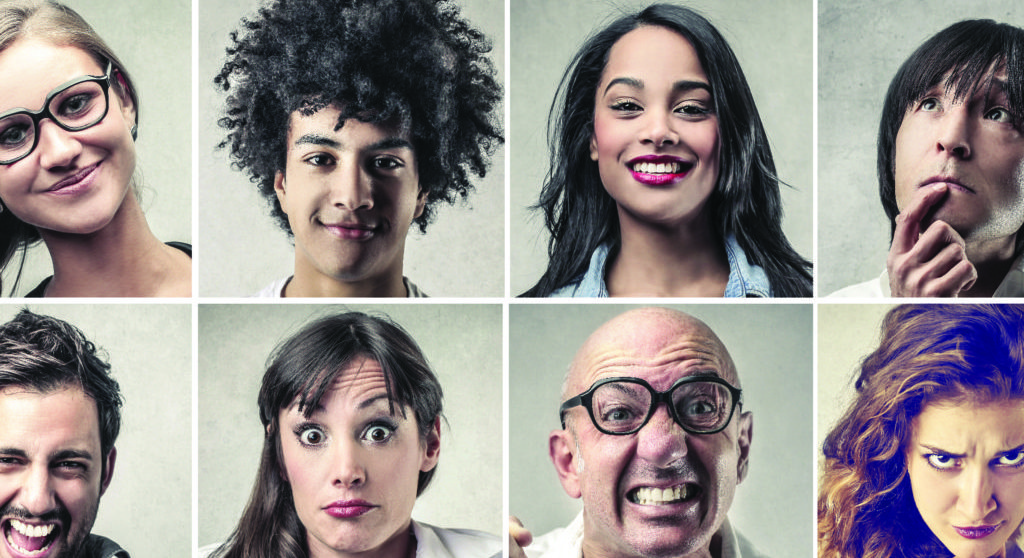 "Do You Feel Anger?"

Only in LEO, check out the entire list of new plays and summaries below, plus read how the 42nd Humana Festival of New American Plays has long sought equality and diversity here.

With her mom undergoing chemotherapy, New York transplant Hiro returns home to Lexington, Kentucky after years away. Sophie, her born-again Christian sister, fights to maintain her faith amid adversity. James, their recovering alcoholic father, wants to repair his fractured relationship with his daughters, but redemption isn’t easy. And John, an old classmate and single dad, worries about his legacy. Wry and bittersweet, “God Said This” is a portrait of five people confronting mortality in very different ways — and unexpectedly finding that their struggles bring them together.

Days after 9/11, the few surviving employees of an investment firm based near the top of the Twin Towers gather in a New Jersey warehouse. Shell-shocked and grief-stricken, they work around the clock to reconstruct what’s left of their company with determination, pen and paper and a temp who just wants to help. But as they struggle to recoup their losses, they wonder: What does getting “back to normal” really mean?

Sofia was recently hired as an empathy coach at a debt collection agency — and clearly, she has her work cut out for her. These employees can barely identify what an emotion is, much less practice deep, radical compassion for others. And while they painstakingly stumble toward enlightenment, someone keeps mugging Eva in the kitchen. An outrageous comedy about the absurdity — and the danger — of a world where some people’s feelings matter more than others.

Mara Nelson-Greenberg’s work has been developed at Clubbed Thumb, Playwrights Horizons, Ensemble Studio Theatre and WildWind Performance Lab, among others. She is a member of EST/Youngblood and an alumna of Clubbed Thumb’s Early Career Writers’ Group. She is currently pursuing an M.F.A. at the University of California, San Diego, under Naomi Iizuka.

You wanna know what the future looks like? Samantha, 17 and possibly pregnant, longs for solid ground — but she’s haunted by the sense that nothing will last. Her college-bound boyfriend wants to go sing on The Voice, her dad’s asleep on the couch, and her older sister’s in treatment. When Sam befriends a tattooed musician, has she found someone who understands this fallen world? With black humor and black metal, this gripping new play gives form to a gathering darkness.

Mark Schultz’s plays include “The Blackest Shore,” “The Gingerbread House,” “Ceremony, Deathbed” and “Everything Will Be Different: A Brief History of Helen of Troy,” for which he received the Oppenheimer Award and the Kesselring Prize. He is a resident playwright at New Dramatists and a member of Rising Phoenix Repertory

“You Across from Me”
by Jaclyn Backhaus, Dipika Guha, Brian Otaño and Jason Gray Platt
directed by Jessica Fisch
performed by the actors of the 2017-2018 Professional Training Company
commissioned by Actors Theatre of Louisville
March 23 – April 8
in the Bingham Theatre

We gather at tables on good days and bad, for ordinary rituals and once-in-a-lifetime encounters. But in polarizing times, what does it really mean to come to the table? Does it bring us together, or reveal just how far apart we truly are? With electric wit and fierce imagination, four writers explore this surprisingly complicated act, and the many ways we connect, confront and compromise.

Jaclyn Backhaus is a playwright and co-founder of Fresh Ground Pepper. Her plays include “Men on Boats” (Clubbed Thumb, Playwrights Horizons), “Folk Wandering” (Pipeline Theatre Company) and “You on the Moors Now” (Theater Reconstruction Ensemble, The Hypocrites). Backhaus was the 2016 Tow Foundation Playwright-in-Residence at Clubbed Thumb and is currently in residence at Lincoln Center Theater.

Dipika Guha’s plays include “Yoga Play” (South Coast Repertory) and “The Art of Gaman” (Ground Floor at Berkeley Repertory Theatre). She received her M.F.A. from Yale School of Drama. Guha is under commission at Manhattan Theatre Club, South Coast Repertory and Oregon Shakespeare Festival, among others. She currently writes for the series “American Gods” on Starz.

Brian Otaño’s plays include “Tara,” “Zero Feet Away,” “The Ocean at Your Door,” “What We Told the Neighbors” and “Between the Sandbar and the Shore.” Residencies and Fellowships: New Dramatists Van Lier Playwriting Fellowship, Interstate 73, New York Theatre Workshop 2050 Fellowship and Ars Nova’s Play Group. Education: Otaño received his B.F.A. in dramatic writing from SUNY Purchase.

Jason Gray Platt’s plays include “Empire Travel Agency,” “The There There” and “Some Prepared Remarks.” He is a Core Writer at the Playwrights’ Center and a member of Woodshed Collective. He received his B.A. from Vassar College and his M.F.A. from Columbia University.

“we, the invisibles”
by Susan Soon He Stanton
directed by TBD
March 23 – April 8
Victor Jory Theatre

Stirred by a controversial case in which a West African maid’s accusation against a powerful man is dismissed, Susan, a playwright working a survival job at a luxury hotel, starts interviewing fellow employees from around the world. She feels compelled to give voice to other hotel workers’ rarely heard stories — but as her investigation deepens, this documentary project becomes an unexpectedly personal journey. Funny, poignant and brutally honest, “we, the invisibles” explores the complicated relationship between the movers and shakers and the people who change their sheets.

Susan Soon He Stanton’s plays include “Today Is My Birthday” (Page 73), “Takarazuka!!!” (Clubbed Thumb and East West Players) and “Solstice Party” (Live Source Theatre Group). She is a two-time Sundance Theatre Lab Resident Playwright and was recently awarded the inaugural Venturous Playwright Fellowship at The Lark. Most recently, she worked in London as a staff writer for HBO’s “Succession.”