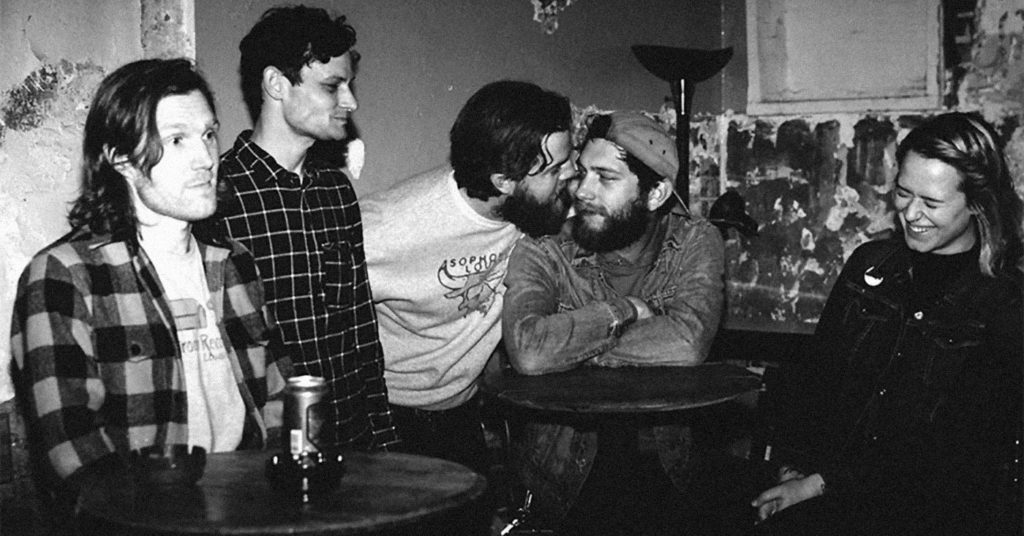 Andy Meyers, lead songwriter, singer and guitar player for Cereal Glyphs, wrestles with a question that most likely plagues many of us in “Belly Of The Snake.” “The song, like a group of songs I wrote through the same time period, are all kind of about routines,” Meyers says. “Like trying to figure out, psychologically, whether routines are good or bad, for me and for people, in general. Am I gonna be at my best doing the same thing everyday and getting better at that thing or will I be my best if I’m more spontaneous and break my routine?” As for himself, Meyers said the choice isn’t always so clear: “I always think I’ve got it figured out. There’s always times in my life where I break the routines and that’s always good but if we’re talking day to day, I would say that routines are definitely better for me.”

“It’s a little bit older than the rest of the songs on the [The Second Hand],” Meyers revealed. “It’s one of the last songs I wrote for a different project that we pulled into Cereal Glyphs. That’s why the song sounds different than the rest of the songs.” It does indeed stand out in comparison to the album’s other tracks, but its raw, loose, sing-a-long acoustic structure still manages to make its home among them quite swimmingly. “Out of the first group of songs we started playing as Cereal Glyphs, it’s really the only one we still play,” Meyers said. “We’ve been playing the song for so long that we’ve definitely twisted it around and kind of made it fit in with everything else, for sure.”

Meyers is unabashedly proud of his influences, especially those behind “Belly.” “There’s definitely a Skynyrd, Southern rock thing going on,” he said. While many of his musical contemporaries might shy away from the invocation of such oft-derided bands, like the aforementioned Lynyrd Skynyrd, Meyers doesn’t have that problem. “I feel like bands like Skynyrd and Creedence always have this stigma around them and get left out as far as a pool of influences that people pull from. But that’s something I’ve definitely never been scared to pull from. I love it.”

But perhaps the real magic of “Belly Of The Snake” and Cereal Glyphs’ sound, as a whole, is due to Meyers’ recording philosophy, which is certainly integral to their unique makeup. Without its unpolished feel “Belly” simply wouldn’t possess the down-to-earthness necesssary to its relatability and message. “As much as I love the recording process, I don’t like to spend too much time making things sound super slick. I like honest, spontaneous recordings when it comes to rock music.”