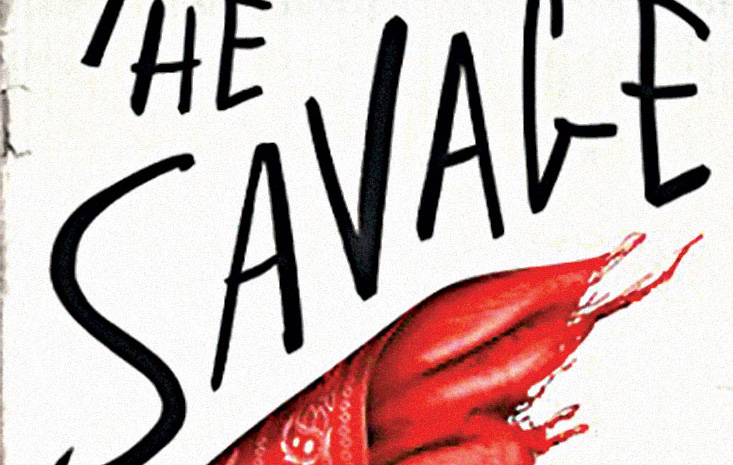 This Saturday’s notable literary event west of town is a release party for the latest from Frank Bill, who’s landed on best-of-the-year lists with the likes of “Crimes of Southern Indiana.” He’ll appear at the Beef O’Brady’s in his hometown Corydon for a reading/signing to introduce “The Savage.” (Destination Booksellers of New Albany will have books for sale there.)

This new Bill novel is set in a near-future America where the power grid has collapsed — and, with it, much of law enforcement and social order. For many, a way of life that may have included some scrounging has descended into something closer to full-time looting. Moral codes become tough to hang onto, but for young man Van Dorn, he’ll make the effort, mostly because of lessons he’d learned from his rough-but-wizened father.

Frank Bill’s Appalachian/Midwestern noir continues to be very violent, with some elements reminiscent of Cormac McCarthy. But when LEO got some time on the phone with Bill, he wanted to be sure that we were seeing through to his themes and views (“I feel that people have grown out of touch with life in general, sometimes.”) along with the maturing of his style.

Frank Bill: A lot of where ‘Savage’ came from is what was going on with the times. I started writing that way about four or five years ago — just after ‘Donnybrook’ [Frank’s previous novel]. It was more about the times of how people felt then, and it just escalated to how people feel now, with the animosity getting a little worse. The structure of the book — it’s a lot about masculinity, father-son relationships, downturn of the economy. The things that they’ve lost that their ancestors had. But [also], whenever something bad does happen, does everybody band together to help each other out—or do they get in a big power struggle?

LEO: Do you see that last point as a political question?
I think a lot of it has to do with people having forgotten where they come from. They forget how they got where they’re at — so they don’t go back and build on that; they just try to make things easier. I think sometimes people just need to struggle, y’know? To get that ruggedness. To see what they’re made of.

This tale overlaps some with the world of ‘Donnybrook.’ Was that in your plans from the start?
No, when I first started writing this book it was just Van Dorn. It was actually just a boy — didn’t have a name — and a father. I knew that things had gone bad, and it was about what he learned from [the father]. But I didn’t know time-wise or setting … I wrote about 100 pages, and I let it sit for three or four months. I came back and did some revising to it and had that aha moment.