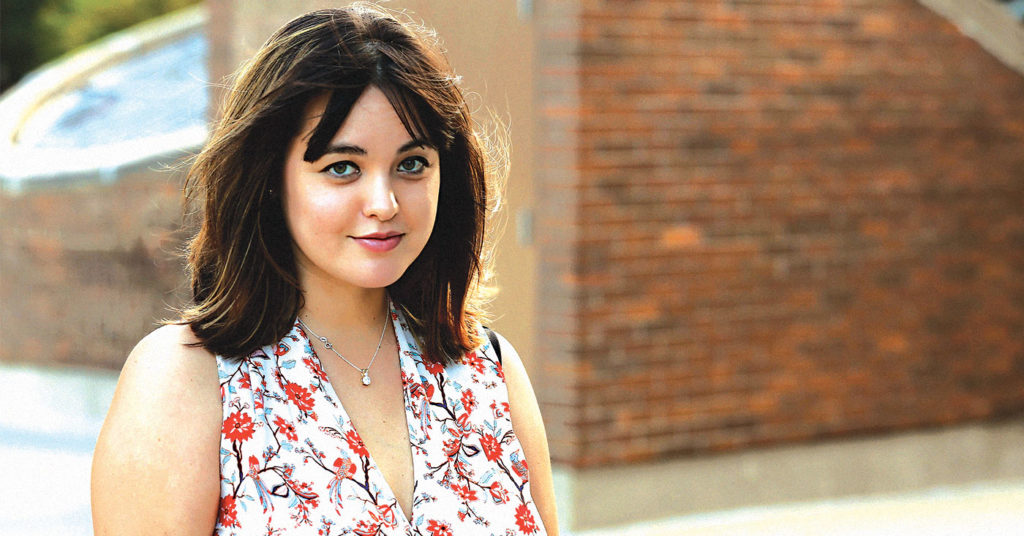 [Only in LEO, read below about how the 42nd Humana Festival of New American Plays has long sought equality and diversity, and also check out the entire list of new plays and summaries here.]

Look closely at the newly-released lineup of the 2018 Humana Festival of New American Plays from Actors Theatre of Louisville.

The list of playwrights includes six female writers and three male writers. Of the nine writers, four are people of color (incidentally, you’ll also note that the list of directors is quite diverse).

In the broad context of American culture, in which women and people of color are systematically marginalized, the statistical diversity of this lineup is downright astonishing. Even within the relatively progressive world of American theater, it’s a significant anomaly.

But the real surprise is that it’s not really a surprise at all… if you look at the history of the Humana Festival.

Using 10 years of Festival lineups (2007-2017), I did a quick and dirty calculation. What I found was that Humana playwrights make up a markedly more diverse group than is found on the American stage overall. Women and self-identified transgender writers account for more than 45 percent of all the Festival’s playwright credits during that period. And, in the aggregate, writers who are women, transsexual or people of color account for roughly two-thirds of all the writing credits. Below, we’ll discuss how that compares with national trends.

In a narrow sense, the impact of the Humana Festival on American stages is easily measured; just search a national newspaper database, and you will find hundreds of references to works that premiered here. But by amplifying new and diverse voices that go on to shape American storytelling in theater, film and TV, the Festival exerts a profound impact on American culture and life.

According to Meredith McDonough, ATL’s associate artistic director (who has worked alongside all three of the company’s artistic leaders, Jon Jory, Marc Masterson and Les Waters), the Humana Festival has always valued inclusivity. Invoking the name of Pulitzer Prize winning Marsha Norman, whose early works are indelibly connected to ATL, McDonough said, “From jump, Actors has always been asked the question, ‘How do we include as many different voices as we can?’”

This year, one of the answers to that question is a 30-something playwright named Leah Nanako Winkler, who was born in Kamakura, Japan, and raised in Lexington, Kentucky. Next February, Winkler’s new play, “God Said This,” directed by Morgan Gould, will be the opening production in the 2018 Humana Festival of New American Plays.

“The Humana Festival is like the theater’s version of the Sundance Film Festival,” Winkler told me in a telephone interview. “It’s a place where you get amazing productions. But it’s also a place where so many theaters and casting directors from TV and film go to scout, so it’s definitely a breakthrough.”

For any playwright, regardless of gender, race or ethnicity, it’s a tremendous achievement to see a new play produced on any stage.

It’s one of the most anticipated and closely-watched events of the year.

It’s the big reveal, a moment when emerging playwrights join well-established names at the center of the American stage and become part of a four-decade tradition of answering one fundamental question: What is new in American theater?

ATL receives well over 1,000 submissions each year, from which only a handful get produced. Across the country, the numbers are even more formidable — and new plays compete not only with other new plays but with an existing repertoire of scripts from authors with names such as Shakespeare and Arthur Miller.

Nationally, study after study shows that for women and people of color, the odds against getting a play from page to stage are appalling — and have been for a very long time. In 2009, for instance, a comparative study showed that over the course of a century, the percentage of Broadway productions written by women had barely budged — and not in the right direction: 12.8 percent in 1908-09, and 12.6 percent in 2008-09.

In 2014, The Kilroys, a group of Los Angeles-based writers and producers who advocate for gender parity in theater, started publishing “Kilroys List,” an annual survey of “excellent un- and under-produced new plays by female and trans playwrights” to draw attention to quality works that are not getting produced.

Joy Meads, a founding member of The Kilroys, told me in a phone interview that the problem extends beyond Broadway: Across the country, the share of professional productions authored by women tends to hover between 17 and 23 percent. And the rate of progress has been slow. “If we continue progressing at the rate we’re going, it will take another 60 or 70 years before we achieve parity,” said Meads, literary associate and artistic engagement strategist at Center Theatre Group in LA.

Writing in American Theatre magazine in 2015, Meads looked at a host of scholarly and scientific evidence (including a study in which she herself had participated). Meads concluded that unconscious bias accounts for the relative lack of stage productions by women and people of color.

And, it’s important to note, said Meads, that unconscious bias affects both men and women.

In 2009, an economics student at Princeton University wrote a thesis that looked at how perceived gender affected the way readers evaluated plays. Using 10 pages of a script supplied by Pulitzer Prize-winning Lynn Nottage (whose work has appeared in two Humana Festivals, 1993 and 2002), she sent copies to 250 literary managers around the country. Half were sent with male pen names, half with female pen names. Readers assigned lower ratings to those under female pen names — not necessarily in terms of artistic quality, but in dimensions related to a play’s likely success. And much of that disparity was attributable not to male, but to female reviewers.

Meads said that increasing diversity on the theater stage isn’t just a matter of professional equity. It’s also a challenge for our society.

“The stories we watch and consume feed our unconscious imagination,” she said. “They’re a source from which we create the schemas, rules and assumptions about people we encounter in life.”

For instance, said Meads, pervasive images of black men as dangerous and violent rather than as, say, nurturing fathers, makes people more likely to fear black men in real life and has a tangible impact on our culture.

Saying yes to the unknown

ATL — and its Louisville audience — have long emphasized the importance of offering a rich assortment of stories and voices, said McDonough, who was a directing intern at ATL from 1998 to 2001 and with the company in her current role for six seasons.

“It’s an enormous responsibility for a company to decide that it’s going to run the largest new play festival in the country. To say, ‘We’ve read for months and months and months, and these are the six plays that we think are most representative of that’s happening right now.’”

“And the amazing thing about the Louisville audience is that they’re not afraid. They have said yes to six unknown things every season for 40-odd years. That’s amazing.”

McDonough said she believes that American theater is on the cusp of change, and she is optimistic it will become more inclusive. At this moment, more than 20 theaters are looking for new leadership (ATL is among them, since Artistic Director Les Waters has announced he will depart at the end of this season).

An upcoming generation of new leaders will lead to change, says McDonough. ”Over the next 10 years, I think we’ll see that everyone finds a place at the table,” she said.

In an interview, Waters observed that the American theater community has become increasingly mindful of equity, diversity and inclusion. If Actors plays a distinctive role, he said, it’s because of the nature of the company’s collaborative team over the years, and because ATL doesn’t simply focus on productions — it has a tradition of building strong, enduring relationships with writers and directors.

“It’s the passion of the people in the room who make the Festival,” he said. “If you read a play in June, and it’s still on your mind in September, then that’s an important play — and then the question becomes how do you fit it into the jigsaw puzzle in the spring.”

How plays are chosen

Asked whether there’s a mindful attempt to achieve diversity during the play selection process, Wegener, the literary director, said, “Not in the sense of checking boxes. The process is really driven by our values. We don’t know what the Festival will look like when we start out, but we know that we want to explore as many experiences and perspectives as we can.”

Page-White added, “I don’t think we’re ever trying to make a statement or choosing a play because of its identity. But we value diversity in the context of creating a whole festival with as many different kinds of stories as possible.”

For Reese, it’s the excitement of exploring new worlds that makes a play exciting.

‘Suddenly everyone was talking about the Humana Festival’

Before her play “God Said This” was chosen, Leah Nanako Winkler, said she never imagined that her work would be produced at a theater such as Actors. “My entire career people have told me my writing is funny, but a little strange and off-kilter. So being in Humana — it was a complete surprise. It gives me hope.”

Her long and winding voyage from Lexington to Louisville started at Lexington’s Tates Creek High School.

“We had this amazing drama teacher, Lisa Osterman,” Winkler recalled. “I didn’t even realize at the time how special it was and what I was learning — but it gave me a life. If it hadn’t been for doing high school theater in a public school in Kentucky, I would never have found my way.”

After high school, Winkler moved to Indianapolis, where she found a flourishing experimental theater community and started writing, producing and directing her own plays.

Then, about 10 years ago, Winkler arrived in New York City by Greyhound bus. By donating her eggs, she had raised $4,500 — enough to get to the city, pay a security deposit and rent a place while she tried to get a foothold in the city’s theater scene.

It was only then, she recalled, that she discovered the Humana Festival’s importance. “I got there and suddenly everyone was talking about the Humana Festival — who’s in Humana. And on Industry Weekend, everybody was going to Louisville and posting bourbon selfies.”

In New York, she started her own company, built a network of friends and started self-producing her plays — so many Offs from Broadway that Broadway wasn’t even part of the equation.

“We started out doing plays for audiences of, like six and we were, like, ‘Oh, my God! There are six people here!’ And that was great,” said Winkler.

Then, Winkler connected with Morgan Gould, another entrepreneurial, self-producing playwright and director, and they started collaborating. Over the last decade, they’ve built impressive bodies of work, both individually and in partnership.

And still Winkler never found her way to Actors — until this past spring, when she returned home to Lexington and drove over to see a friend’s play in the Humana Festival.

“When I was living in Lexington, Louisville seemed so far away,” she said.

Unlike Winkler, Gould, who will direct “God Said This,” has been attending the Festival for years, knows the city well enough to lament the closing of Freddie’s Bar (a longtime hangout for ATL folks), and understands the relationship of the ATL with its Louisville audience.

“Some theaters assume that their audience wants to see the same things over and over,” said Gould. “I think audiences want new stories. I think Actors knows that their audience is willing to be freaked out, challenged and delighted by something that is strange and new and challenging.”

The Festival has been freaking people out by bringing new voices to the stage for more than 40 years. •